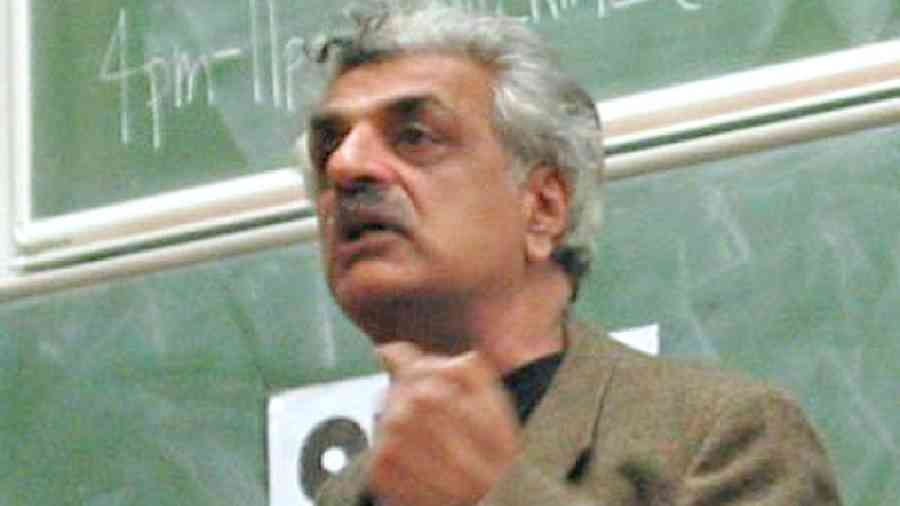 Tariq Ali surprised me — in a nice way — by talking engagingly about Satyajit Ray in an interview on BBC Radio 3 by the Oxford academic, Professor Rana Mitter. He revealed that he couldn’t see Ray’s films in Pakistan, but did so in Britain. Ali, who was a fiery student leader when he was president of the Oxford Union and prominent in anti-American demonstrations over the Vietnam war, is now 78 but hasn’t lost his ability to provoke controversy. His new book, Winston Churchill: His Times, His Crimes, has provoked a fierce backlash. It has been savaged in The Spectator by the historian, Andrew Roberts, who dismissed Ali as “the Marxist writer and activist”. Roberts claims that “He makes so many basic factual errors that Churchill’s reputation emerges unscathed from this onslaught... To write off generations of Britons, often of strong Christian faith and high morals, as bloodstained exploiters and murderers is simply Marxist propaganda.” But in Prospect magazine, Priyamvada Gopal, a professor of postcolonial studies in the English faculty at Cambridge, couldn’t agree more with Ali’s rubbishing of Churchill. “There is undoubtedly further work and primary research to be done on excavating Churchill’s copious archives, housed at Churchill College, Cambridge. The college stands as a national memorial to the wartime prime minister, but timidity there hinders an honest engagement with history. A year ago, pursuant to ferocious media and political attacks, including from members of the Churchill family, a series intended to take a critical look at Churchill’s relationship to race and empire... was summarily suspended... Speakers at an event just prior to the suspension, including me, were subjected to attacks in the media as well as threatening hate mail.”

Enam Ali, a close friend who died last month, aged 61, after a two-year battle with cancer, probably did more than anyone else to unite Indian, Pakistani and Bangladeshi curry restaurants, of which there are some 10,000 in Britain, in an industry employing 100,000 people and with a turnover exceeding £5 billion. Enam’s favourite quip was: “The British arrived in India with gun powder and we came here with curry powder.” He was born in Sylhet, came to Britain to study law but switched to hospitality and management. He set up his own restaurant, Le Raj, in Surrey in 1989. In 2005, he established The British Curry Awards, which came to be dubbed the ‘Oscars of the industry’. He was honoured by the Queen with an MBE and once received a congratulatory note from Buckingham Palace: “Her Majesty was interested to learn about the growth of the curry industry.” Chief guests at his ‘Curry Oscars’ drew the likes of David Cameron, both as Opposition leader and prime minister, Theresa May as home secretary, and Boris Johnson as the mayor of London. Fresh from tasting street food in Calcutta, Cameron came to the awards and said: “Can I say, Enam, you have been an absolute inspiration in the way you’ve got these awards together. Now, over these years, these awards have become a fixture in our national life.” May was hostile to increased immigration but came nevertheless dressed in a sparkly blue salwar kameez in 2014 and said: “Enam, you’ve done a terrific job. You’ve become so much a part of the British way of life. Your businesses are as familiar and much loved as the local pub.” I have a note of the menu: “Canapés: Tandoori Salmon; Chicken Gilafi Kebab; Rarah Boti with Mango Salsa; Mirch Paneer Aloo Tikki. Main Course: Methi Chicken; Boozi Bafu; Lamb Biryani; Kadai Paneer; Achari Baigan Aloo; Tarka Daal; Kachumber Salad; Cucumber & Jeera Raitha; Plain Rice; Tandoori Naan and Roomali Roti. Dessert: Badam Kulfi; Gajer ka Halwa; Rasmalai.”

The BBC sports presenter, Gary Lineker, who is paid £1.8 million, has got into trouble with a pun in a tweet, which has been condemned as ‘sexist’ and ‘smutty’. He was commenting on the decision of Chloe Kelly to do a Sourav Ganguly after scoring the winning goal when England beat Germany 2-1 at the European championship final at Wembley. She stripped off her shirt but had on her sports bra. The former England international and Match of the Day host tweeted: “The @Lionesses have only gone and done it, and Kelly is England’s heroine, bra none.”

Liz Truss has made much of the fact that she went to a comprehensive state school, Roundhay in Leeds, while her rival in the Tory leadership contest, Rishi Sunak, went to Winchester College, one of the most famous public schools in the country. However, both went to Oxford and even read the same subject, PPE (philosophy, politics and economics) — as have an extraordinary number of politicians, including David Cameron and Benazir Bhutto.

Winston Churchill figured in the cabinet’s parting gift to Boris Johnson. Ministers had a whip round, raised £750 and bought him a first edition set of six volumes by Churchill on the Second World War. “History will be kind to me, for I intend to write it,” Churchill once observed modestly. Perhaps Boris, author of The Churchill Factor: How One Man Made History, apparently sees himself as a latter-d