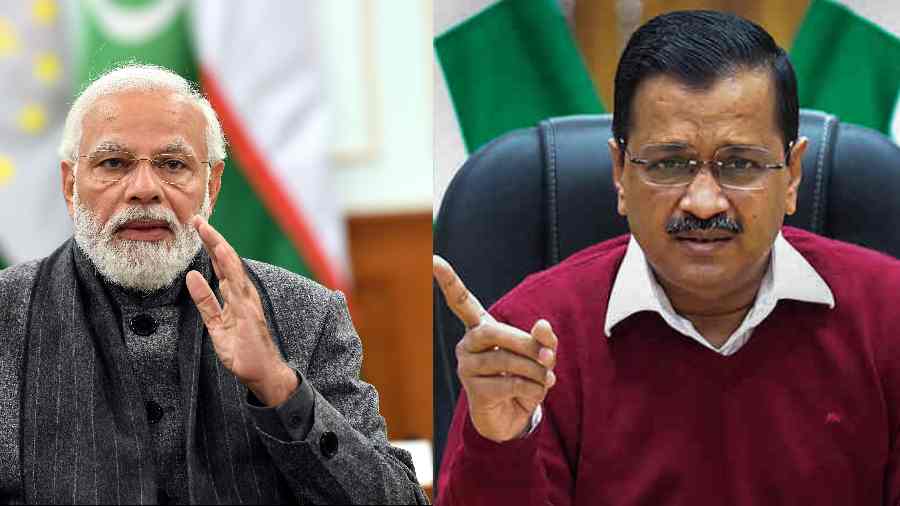 Two parallel trends have come to the fore in the last round of assembly elections. The Bharatiya Janata Party, representing the hegemony of  Hindutva,  continues to taste electoral success. The Congress, marred by internal bickering and charges of corruption, remains a poor symbol of governance.

The Aam Aadmi Party has now emerged as a subplot in this familiar drama. Its victory in Punjab and the inroads it has made in Uttarakhand, Goa and Gujarat signify a parallel imagery. While Hindutva and right-wing populism are a response to the social crisis in neoliberalism, the AAP, which is forging a narrative around common economic interests rather than on cultural differences, represents the promise of neoliberal governance.  It is about economic justice offsetting social conflicts around cultural differences. Here, economic justice entails educational opportunities, health facilities and cross-subsidised welfarism.

India is witnessing an intriguing ‘double movement’: one political narrative is centred on heightening cultural differences and conflict and the other seeks to circumvent culture. More than Punjab, Delhi is a better testament to the success of the AAP’s strategy. Despite the anti-Muslim rhetoric, the electorate voted for  bijli,  paani,  swasth  aur siksha. Could basic welfare offer us a way out of polarised cultural/religious differences? Can an alternative idea of a ‘common humanity’ and ‘basic needs’ keep in check steep differences?

In the AAP’s bare-minimum model, one would hear no lofty speeches against communalism. Its attempts to appropriate nationalist and religious symbols are based on an instrumental reasoning of and pragmatism about the market that is then transferred to social and political issues.  For instance, Kejriwal responded to the demand of tax-free status for The Kashmir Files by asking the film to be put it on YouTube so that it remains free and accessible. This called the bluff of hyper-nationalists and their monetary interests lurking behind the trumped-up campaign. But it did not invite a discussion on whether or not what was depicted in the film was genuine. Can this de-politicised method encourage Hindus to opt for a model of governance that is nationalist and celebrates Hindu symbolism without being explicitly anti-Muslim?  Kejriwal has stated that if the ministers and public representatives can access amenities for free, why can’t the  aam aadmi  enjoy similar privileges? This resonates strongly with the anti-elitist discourse of the BJP — but there is a difference. The BJP’s anti-elitism is directed against the leaders of the Opposition without any concrete guarantees for the common man. Kejriwal’s rhetoric is more oriented towards the delivery of services.

Can the AAP emerge as an alternative to the BJP at the national level? During the Delhi elections, the electorate believed in ‘upar Modi, neeche Kejri’. Would this formula be upturned, now that voters don’t seem to find a contradiction in voting for Modi and Kejriwal? This is partly the boon and bane of our federal polity but what would it mean in terms of its impact on burgeoning ‘illiberal democracies’? Does the AAP intend on reclaiming liberal sensibilities not through the State or the Constitution but through the market and depoliticised service delivery?

History tells us that market and capital can be non-committal and volatile. Kiran Mazumdar-Shaw identified communalism as a threat to the expansion of the IT sector in Karnataka. But there is a counter-example in Gujarat where capital became predatory and sat well with communalism. It is here that the AAP faces its stiffest limitation and is comparable to the Bahujan Samaj Party, which faces a terminal decline without a social agenda. The AAP, too, lacks a robust social agenda around caste and religion. An increasing number of regional parties without an alternative social or economic agenda or imagination is what the BJP is banking on for its long stint at the helm of affairs.