Ancient history in a soup 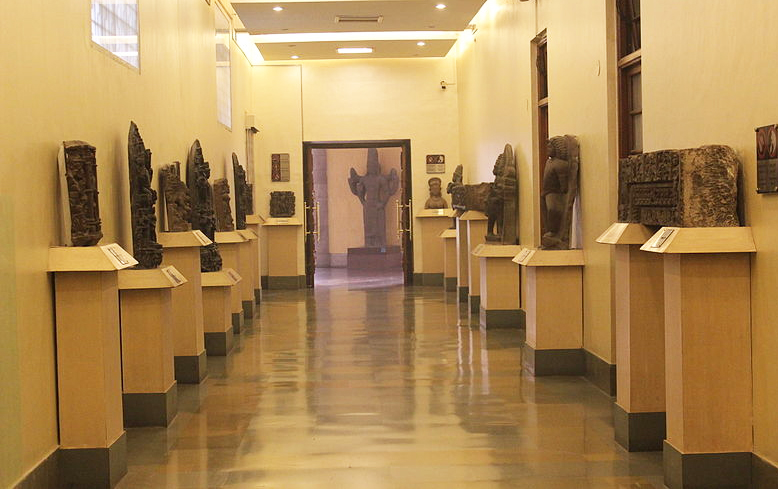 History, metaphorically speaking, can resemble a rather fishy stew. Consider the goings-on within the hallowed precincts of the National Museum in Delhi. Non-vegetarian dishes — they were part of an exhibition-cum-event that promised to give viewers a culinary taste of the Indus Valley civilization — have been shown the door. The New Harappan dining table concocted by New India thus has — much to the disappointment of the Bengali palate — no place for the ‘fish in turmeric stew’ or, for that matter, a steaming pot of offal. The menu has been allowed to retain such delicacies as moong, chickpeas, millet rotis, jaggery laddoos as well as a drink made of barley. Even though the history of food is centred on the principle of fusion, those who have tinkered with the menu are firm in their conviction that little has changed when it comes to the content of the thaali from Harappan times. The babus at the National Museum choose to be frozen in time. But a nudge from parliamentarians is all that it takes for them to thaw. Springing into life, they have now projected Harappan men and women to be exclusively vegetarian in their dietary choices even though there is substantial archaeological evidence to show that animal food — beef, buffalo, mutton, turtles, sea fish — was eaten with relish by the subcontinent’s ancestors.

History has been a victim of sentiments in the modern republic. Turning Harappa meatless — Clio must have turned in her grave — was achieved because daft sensibilities were allowed to triumph over accuracy. This sleight of hand has been dished out by that clever chef called politics. The politicization of knowledge and its institutions is usually understood in terms of interference in curriculum or administrative decisions by elected dispensations. But the rot runs deeper. Museums, in spite of their criminal neglect by the authorities, function as a bridge to the past. This link is now being reinterpreted and rebuilt. The erosion is consistent with the majoritarian resurgence that has been witnessed in India in the spheres of politics and society. No repository of knowledge, including museums, is safe from the contamination. This, in turn, reveals a broader concern. Reinvigorating museums has never been high on the agenda of the powers that be. This has made it easier for the ministry of culture to be miserly about the upkeep and modernization of museums in the country. Is not the lethargy in stark contrast to the political zeal to sully the integrity of these institutions?

There are more things to chew on — for the babus at least. Food, ways of cooking, and their consumption are steeped in diversity around the world. India is not an exception to this rule. The potato in the biryani — a Bengali staple — materialized only because of the benevolence of the Portuguese. Not-so-innocent efforts to incarcerate cuisines inside nationalist prisons are bound to fail in nations that nourish themselves on the nectar of heterogeneity. The National Museum has raised a stink; but only by being complicit in stirring a dangerous broth.

National Museum show on food but no non-veg