Advertisement
Home / Health / Right to food: The politics of vegetarianism in India

With malnutrition levels as bad as sub-Saharan African countries, a vegetarian diet is just an imposition for Indians 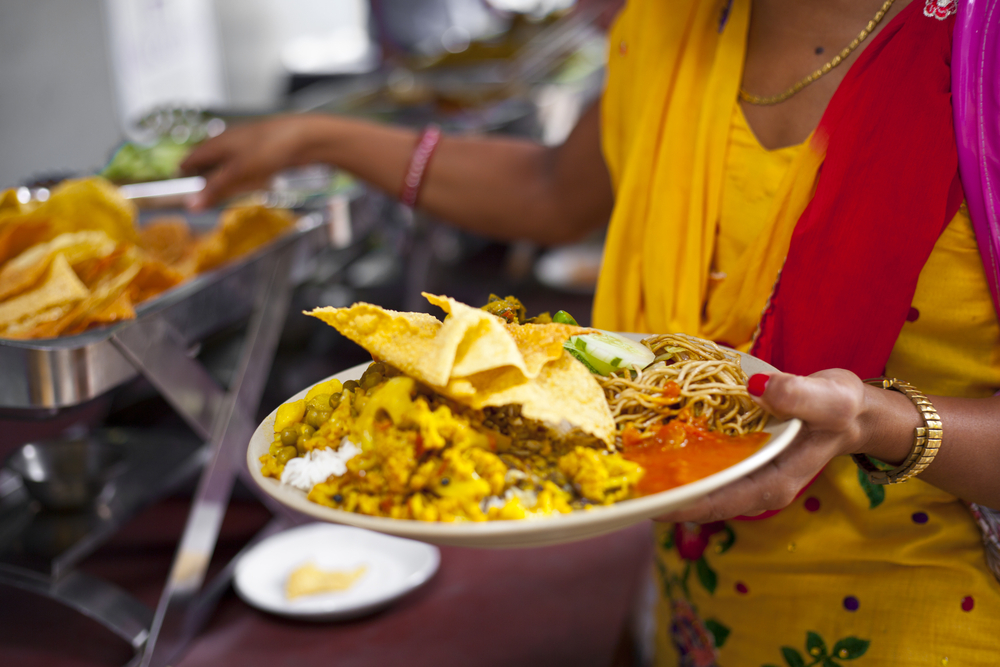 Indian cuisine is not a homogenous entity, and food habits differ along regional, religious, caste, and class lines. Yet there is an assumption in dominant discourses that India is a vegetarian nation
Shutterstock
Abhirup Dam   |   Published 23.11.19, 07:39 AM

Indian cuisine is not a homogenous entity, and food habits differ along regional, religious, caste, and class lines. Yet there is an assumption in dominant discourses that India is a vegetarian nation. According to Dr Veena Shatrugna, former Director, National Institute of Nutrition, Hyderbad, contrary to any such assumption, about 80 per cent of Indians consume meat. Except a few upper-castes, such as Brahmins and Vaishyas, the majority of Indian society has enjoyed meat historically.

During the 1950s and early 60s when scientists and nutritionists were formulating the RDA for the nation, the impetus was on including cereals and pulses as a source of not just calories, but also proteins. "One should note here that these experts were upper-caste Brahmins whose personal diet was vegetarian. In spite of scientific evidence that animal protein came closest to human tissue proteins, with an almost 100 per cent utilisation in the body (called Biological value), it was said that if cereal and pulses are eaten in a ratio of 4:1, in every meal, it will provide sufficient proteins. In fact the doctrine of “The Myth of Protein gap” was announced with much fanfare, justifying the decision to not include milk and other sources of animal proteins," says Shatrugna.

But disenfranchised groups can hardly afford to include cereals and pulses in the said ratio, in every meal. The poor rarely eat pulse in every meal, and moreover cereal intake during one meal does not wait in the body to metabolise whenever pulse is eaten next. "Cereal was believed to provide cheap calories, e.g., 100 grams of cereals provide about 340 calories while 100 grams of meat account for about 100 calories. But it is not a question of calorie intake alone because other vital nutrients like good quality proteins, Vitamin A, Vitamin B12, even folic acid, and good absorbable iron, are derived largely from animal protein," she explains.

The worst affected groups are the rural economically underprivileged, dalits and tribals, with children below 5 years, and pregnant and nursing mothers standing out.
Shutterstock

The worst affected groups are the rural economically underprivileged, dalits and tribals, with children below 5 years, and pregnant and nursing mothers. Over the years, there is widespread stunting in India. Children are failing to gain height and weight and as adults are becoming more prone to diabetes and high blood pressure. "The first two to almost five years of a child's growth is extremely important as most of the muscle cells numbers are laid down. Muscles can only develop afterwards, but the basic structural growth happens in this period," explains Shatrugna. Hence the lack of proper diet especially good quality proteins from milk, eggs and meat can prove detrimental. The lack of nutrition in pregnant mothers is the primary reason behind the high infant mortality rate in our country. Children are often born half a kilogram lighter than the normal weight, which is a significant difference. "One disturbing phenomenon that I would like to mention here is the Barker's hypothesis which states if a pregnant woman does not receive quality food, the child's metabolic machinery is shrunk and he/she is conditioned to stay stunted and underweight for the rest of his/her life. Later if the same child is introduced to abundance, relatively a better diet, they will be extremely prone to diabetes and high blood pressure," she adds.

Most mid-day meals at schools across India are completely devoid of any animal protein.
Shutterstock

While deficiencies like iron deficiency anemia, number of Vitam B complex deficiencies, Vitamin C deficiency which can lead to bleeding gums can be lived with, though making for extremely poor standards of living, Vitamin A deficiency which causes night blindness, eventually leading on to xerophthalmia and loss of sight, is an irreversible process. Hence a national Vitamin A campaign was instituted to provide drops for children. But other nutrients like Vitamin B12, iron, and other essential amino acids were conveniently kept out of the bay.

Dr Shaturgna further opines that the RDA, with cereal as the cheapest source of calories, becomes useful when the government tries to push down poverty levels, minimum wages and assess desirable per capita income.
Shutterstock

Shaturgna further opines that the RDA, with cereal as the cheapest source of calories, becomes useful when the government tries to push down poverty levels, minimum wages and assess desirable per capita income. By fixing a completely cereal-pulse diet, minimum wages were brought down by one-third. Nutritionists broadly divide food into various food groups, and they are 1) Cereals, grains etc. 2) Pulses and Legumes 3) Milk, Meat, Fish and Eggs and their products 4) Fruits and vegetables 5) Fats and oilseeds 6) Sugar. A balanced diet should include foods from each of these groups and every nutrient like energy, protein or vitamins must be derived from many foods like cereals, pulses, vegetables, fruits, oils, oil seeds, apart from animal protein (meat and eggs), and dairy. But this will not be possible until minimum wages are revised. Advocating right to food or the PDS system should entail quality food, and not just feeding the poor only rice.