In praise of Nayantara Sahgal 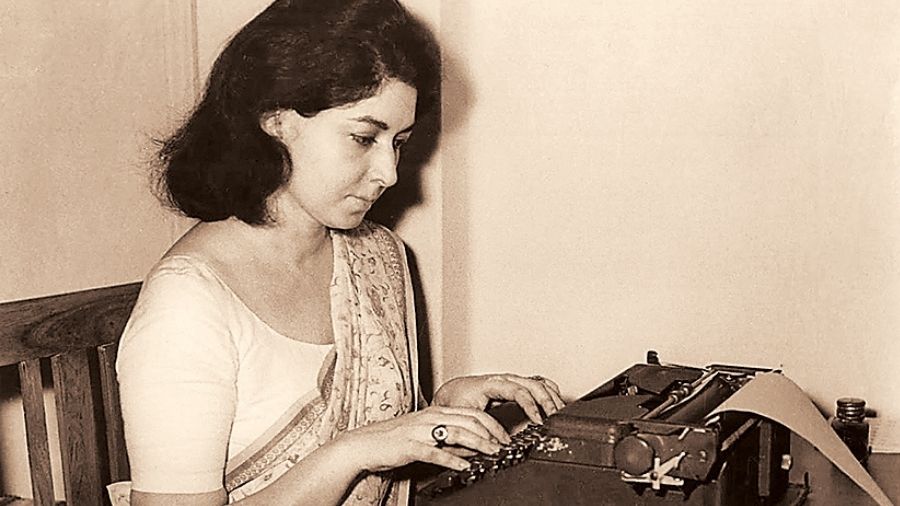 Apart from her novels, Nayantara Sahgal has written some important works of non-fiction.
Sourced by The Telegraph
Ramachandra Guha   |   Published 07.05.22, 02:52 AM

On February 1, 1948, a twenty-year-old Indian woman wrote a letter to her sole surviving parent. The young woman was in Delhi, having just returned from graduating from Wellesley College in the United States of America; her mother was in Moscow, serving as India’s ambassador to the Soviet Union. The twenty year old had rushed to Birla House on the evening of January 30 as soon as she heard the news of Gandhi’s assassination. There she found “Bapu’s body was covered with blood.” “Even then we hoped against hope,” she told her mother, “that some miracle would revive him. Where he is concerned it is possible to believe in miracles.” Writing to her mother two days after the assassination, the young woman said that “there is the constant feeling that Bapu was SHOT, and one can’t forget it somehow. The assassin was caught but there must be others. What madness is this that has taken hold of the country, and what hope of checking it now that Bapu has gone?”

As she wrote on, the twenty-year old comported herself, and the grief and anguish turned to resolution. “Bapu would not have wanted us to mourn him,” she told her mother: “He would have felt that the presence or absence of his body were of little importance. We must instead attach importance to the way he lived, the things he said. He can’t ever leave us altogether when he has been with us so long.”

The letter ended with the young woman reflectively writing: “Perhaps God means us now to grow up and realize where our countrywide madness has led us. Now that we cannot turn to Bapu as we did, we will have to search our own souls, pray our own prayers, come to our own decisions.”

Students of modern Indian literature and of modern Indian history would have identified both the writer of the letter and its intended recipient. They were, respectively, Nayantara Sahgal (formerly Pandit), who was to become an acclaimed novelist, and Vijaya Lakshmi Pandit (formerly Nehru), an Indian nationalist who spent time in the jails of the raj and, after Independence, represented her country with distinction in Moscow, Washington, and London.

I grew up in Dehradun, the town where Vijaya Lakshmi Pandit made her home after retirement from public service. I never saw her there — our social locations were very different, and she lived at the other end of the valley from where my parents did. However, in the first week of March 1977, I heard her speak at a political meeting held in Delhi University where I was then studying. The Emergency was in the process of being lifted and Mrs Pandit had come to endorse the newly-formed Janata Party, thus putting her commitment to the Constitution above any sense of family loyalty to her niece, Indira Gandhi, who was the incumbent prime minister.

My parents left Dehradun in 1984. Eight years later, I went back on a private visit, driving up from Delhi in the company of Lovraj Kumar, a technocrat who played a critical role in building India’s petrochemical industry. At the town of Roorkee, we stopped for coffee at a hotel named Polaris. In the café, I saw a strikingly beautiful lady in her early sixties. She was Nayantara Sahgal. Lovraj, who knew her from when they had both lived in Bombay, effected the introductions. It turned out that Mrs Sahgal had lately settled in Dehradun herself and was now on her way to Delhi, stopping at this café en route for the same reasons we had.

Apart from her novels, Nayantara Sahgal has written some important works of non-fiction. They include a charming memoir of growing up in an upper-class, nationalist household titled Prison and Chocolate Cake; a deeply moving book of letters exchanged between her and her second husband, E.N. Mangat Rai; and an incisive study of the political style of Indira Gandhi, which I found most helpful in my own work.

I admire Nayantara Sahgal the writer, and I admire Tara the human being. At our first meeting at the Polaris Hotel, we barely spoke (the distance in age and stature inhibited me). However, in later years, I have got to know her quite well. We have met at literary conferences and on my visits to Dehradun, exchanged mails on current affairs and on other subjects, and spoken now and then on the phone. With every meeting, my affection and regard for her deepened. More almost than any other person I know, she combines grace with courage, a sturdy sense of self-respect with a profound compassion for those less privileged than herself.

In the course of our friendship, Nayantara Sahgal has given a great deal to me and I have given back just a little, mostly fragments that I have found in the archives pertaining to her remarkable father, Ranjit Sitaram Pandit, a scholar and patriot who died when his daughter was just sixteen. I discovered, for example, that while most Congressmen were hostile to B.R. Ambedkar, Ranjit Pandit admired him, and even sought to meet him when (I like to think) their conversation may have moved seamlessly from English to their native Marathi. It was also Ranjit Pandit who persuaded his father-in-law, Motilal Nehru, and his brother-inlaw, Jawaharlal Nehru, to help raise money for the defence of the communists convicted for life in the Meerut Conspiracy Case. One of the prisoners, Muzaffar Ahmed, was to feelingly describe Pandit as a person “of large and liberal sympathies”.

That description nicely fits Ranjit Pandit’s daughter as well. In 2015, Nayantara Sahgal returned her Sahitya Akademi award in protest against the rising tide of hate crimes committed by right-wing actors. “India is going backwards,” she remarked: “It is rejecting our great idea of cultural diversity and debate and it is narrowing down to an invention called Hindutva.” She noted that the prime minister, otherwise “a politician who knows how to speak”, had remained silent about the murder of writers and the lynching of Muslims. “We must assume he dare not alienate evil-doers who support his ideology,” she observed. (https://www.livemint. com/Politics/zONZfHUAfEn1Ix0JhQAhNP/Nayantara-returns-SahityaAkademi-Award-protests-rising-int. html)

For her act of protest, Mrs Sahgal was savagely attacked by the Bharatiya Janata Party’s troll army with some opportunistic journalists joining in, claiming that her being the cousin of Indira Gandhi and niece of Nehru somehow made her criticisms invalid. In truth, Nayantara Sahgal had criticized Mrs Gandhi’s authoritarian turn as it unfolded in the 1970s, and had personally suffered for it. I might add that, while undoubtedly shaped by her uncle’s principled commitment to Hindu-Muslim harmony, an even greater influence on her worldview has been the life and legacy of Mahatma Gandhi.

On my last visit to Dehradun, I called on Nayantara Sahgal in the home her mother built in the upper reaches of Rajput Road. She had some years ago been stricken with a serious bout of cancer. She had come through that now and was back to writing fiction while continuing to speak out on the dangers posed to the Republic by the rise of Hindutva bigotry. As I took leave of my friend, I was suddenly gripped by a sense of fear for her safety. She was in her early nineties. She was a cancer survivor. She lived alone in a house on a street that was lonely and dark at night. And this was known to be a vindictive regime. “Please look after yourself, Tara,” I said, “Do take care of your health.” She replied: “I have no time to be unwell. This is no time to be unwell.”

Nayantara Sahgal turns ninety-five on May 10. This is no time to be wishing her ‘happy birthday’, so let me instead thank her for being what she is. As a writer and citizen, she embodies the noblest values of our Republic. She was witness to the life and death of Gandhi, and much of what she has done has been directly inspired by his example. I myself know Gandhi only as a scholar, through his writings and through the archives; it has been the personal acquaintance of Indians like Nayantara Sahgal that has kept me going in what I do and what I write.