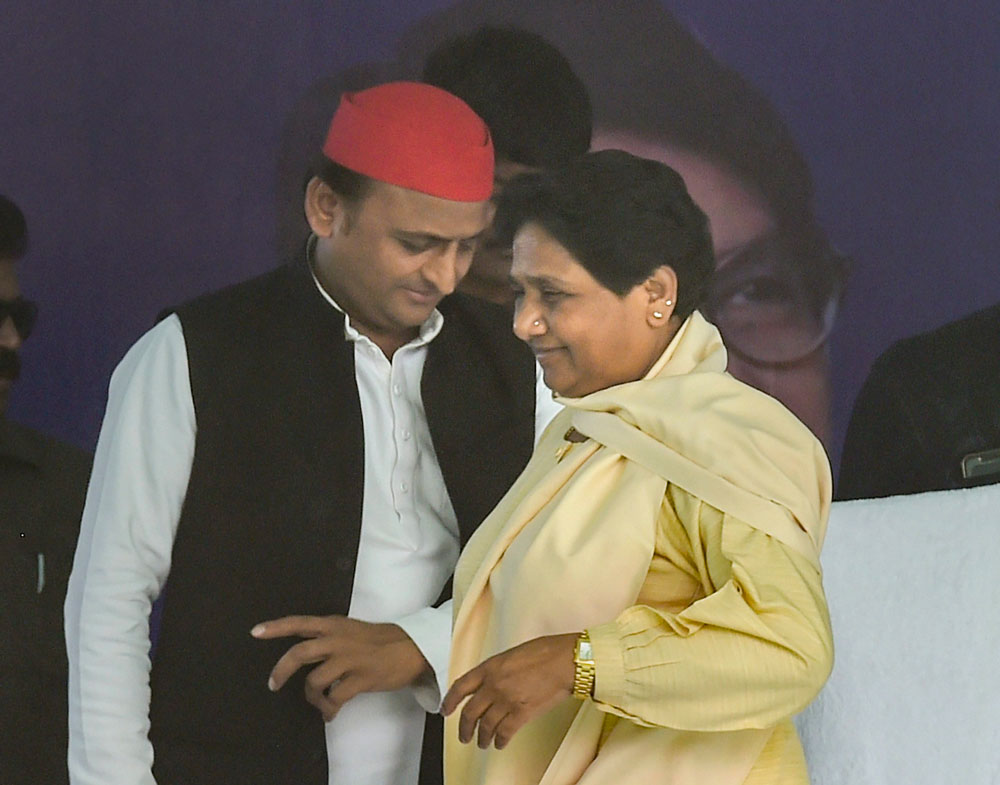 The perception that the Samajwadi Party's Akhilesh Yadav (left) and the Bahujan Samaj Party's Mayawati are leaders of specific caste groups instead of being representative in a truly democratic sense may have undermined the electoral fortunes of the Opposition in UP
(PTI photo)
The Editorial Board   |   Published 07.06.19, 04:02 AM

The electoral arithmetic seems to be changing in India. The numbers, for instance, have not added up for the Bahujan Samaj Party and the Samajwadi Party in Uttar Pradesh where the famed mahagathbandhan — an alliance put together by the two traditional rivals — received a drubbing at the hands of Narendra Modi and the Bharatiya Janata Party. The consequences of the debacle have been predictable. Mayawati has declared that the BSP would contest the upcoming assembly by-elections on its own: Akhilesh Yadav has accepted the decision of his former ally without rancour. The possibility of a reunion — politics, after all, is an unpredictable terrain — has not been ruled out, but it is evident that the BSP chief is unhappy with the SP’s inability to retain its core vote during the parliamentary elections.

Ms Mayawati’s inference merits serious examination. The rationale for the BSP and the SP joining forces for the Lok Sabha elections had been based on the understanding that combining the numerical strengths of their respective vote banks would be enough to blow the BJP away. But it is possible that democracy, however flawed, has also deepened in India. This year’s general elections have shown that vote banks are no longer captive constituencies. The perception that Ms Mayawati and Mr Yadav are leaders of specific caste groups instead of being representative in a truly democratic sense may have undermined the electoral fortunes of the Opposition in Uttar Pradesh. It is also plausible that in a national election, as opposed to the state polls, voters perceived the mahagathbandhan to be an opportunistic, shaky alliance. The fact that alliances stitched up by rival parties fared poorly elsewhere in the country — Bihar is one example — further substantiates the earlier point. Ironically, a robust Opposition is integral to the democratic model. It is expected to function as a bulwark against ‘strong’ — unilateral — governance. India, at present, has a fractured, squabbling Opposition. The BJP’s opponents must first reinvent their politics for their own survival and that of democracy.