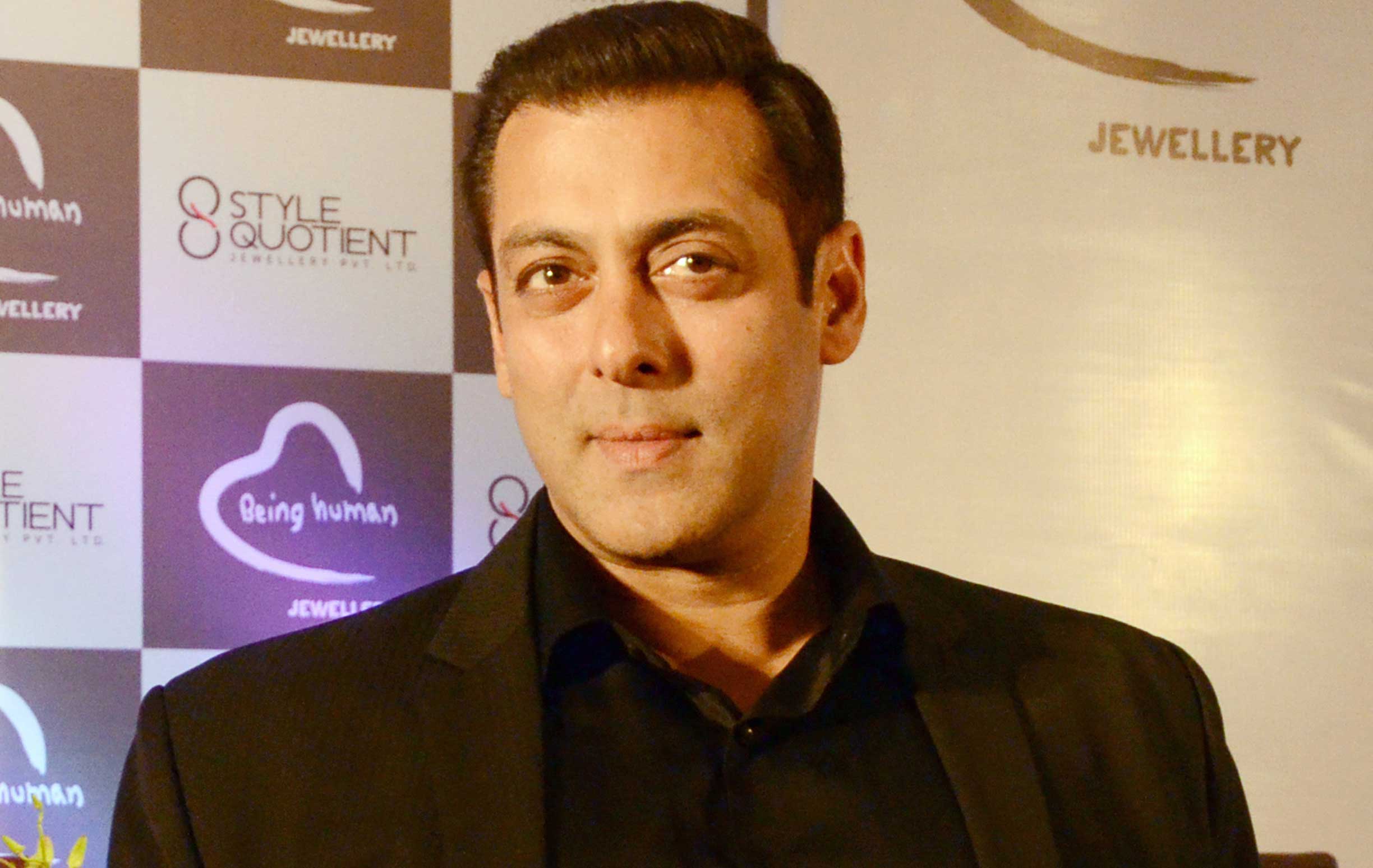 Salman Khan has confirmed his participation in the second phase of the inaugural function to be held in Cuttack on November 28.
Telegraph file picture
Subhashish Mohanty   |   Bhubaneswar   |   Published 25.11.18, 07:10 PM

Men’s Hockey World Cup has jacked up it glamour quotient with Bollywood superstar Salman Khan confirming his participation in the second phase of the inaugural function to be held in Cuttack on November 28.

The inaugural function will be held in Bhubaneswar on November 27.The twin cities are ready to host the glittering inaugural ceremonies of the Men’s Hockey World Cup that will be played here from November 28 to December 16.

Sixteen hockey teams, including host India, will be vying for the coveted title.

India will be hosting the world cup for the third time, earlier occasions being in Mumbai in 1982 and in New Delhi in 2010. 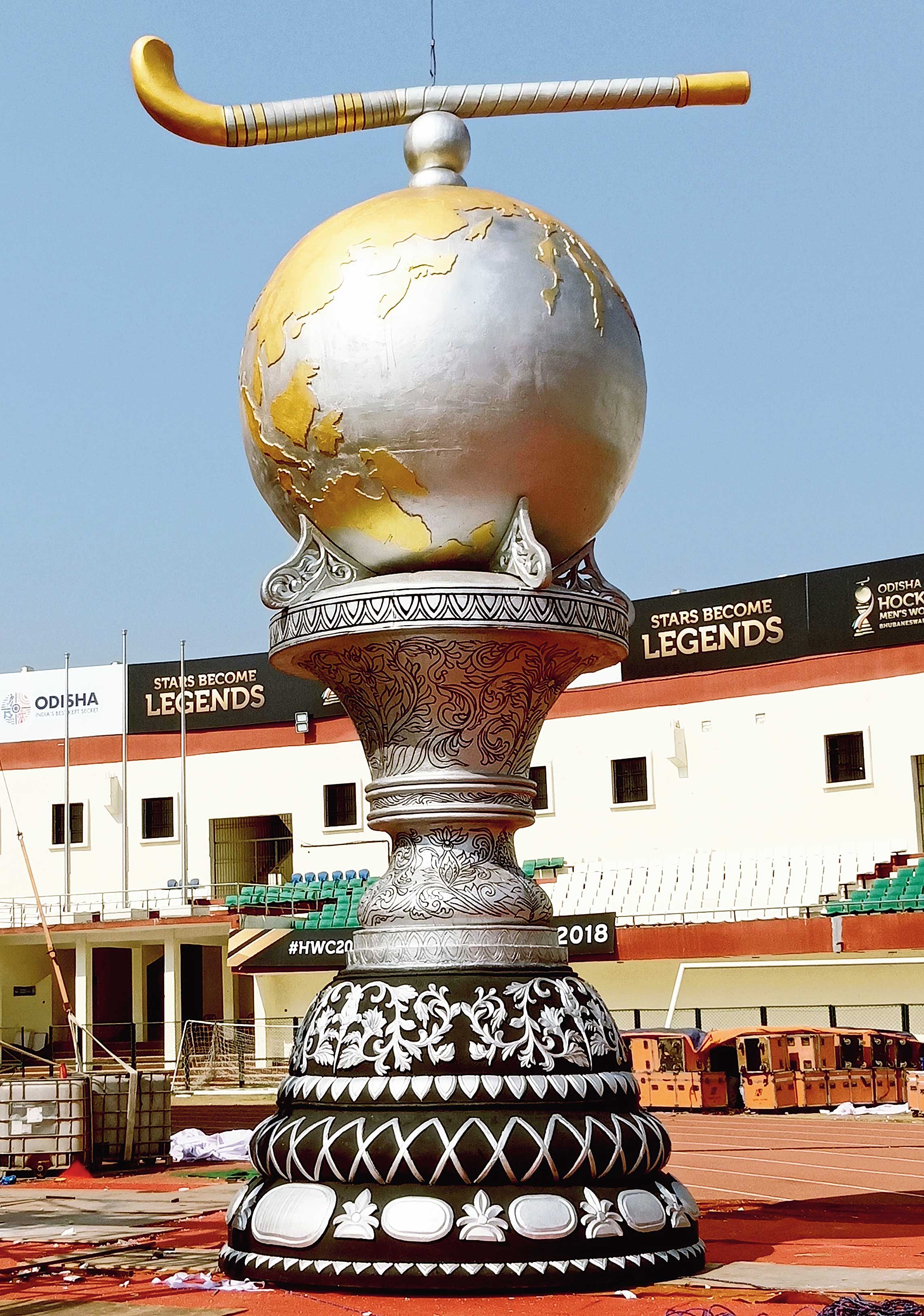 Replica of the Hockey World Cup.
Picture by Ashwinee Pati

Confirming the participation of the Bollywood hero, sports secretary Vishal Dev said: “We have got confirmation from Salman’s office. While Khan will be the main attraction at the Barabati Stadium in Cuttack, Shah Rukh Khan will be the star at the ceremony in Bhubaneswar.”

At both the ceremonies, music maestro A.R. Rahman will perform live.

The official anthem for the world cup — “ Jai Hind” — will be sung at the inaugural events. While Gulzar has penned the song, Rahman has set it to music. 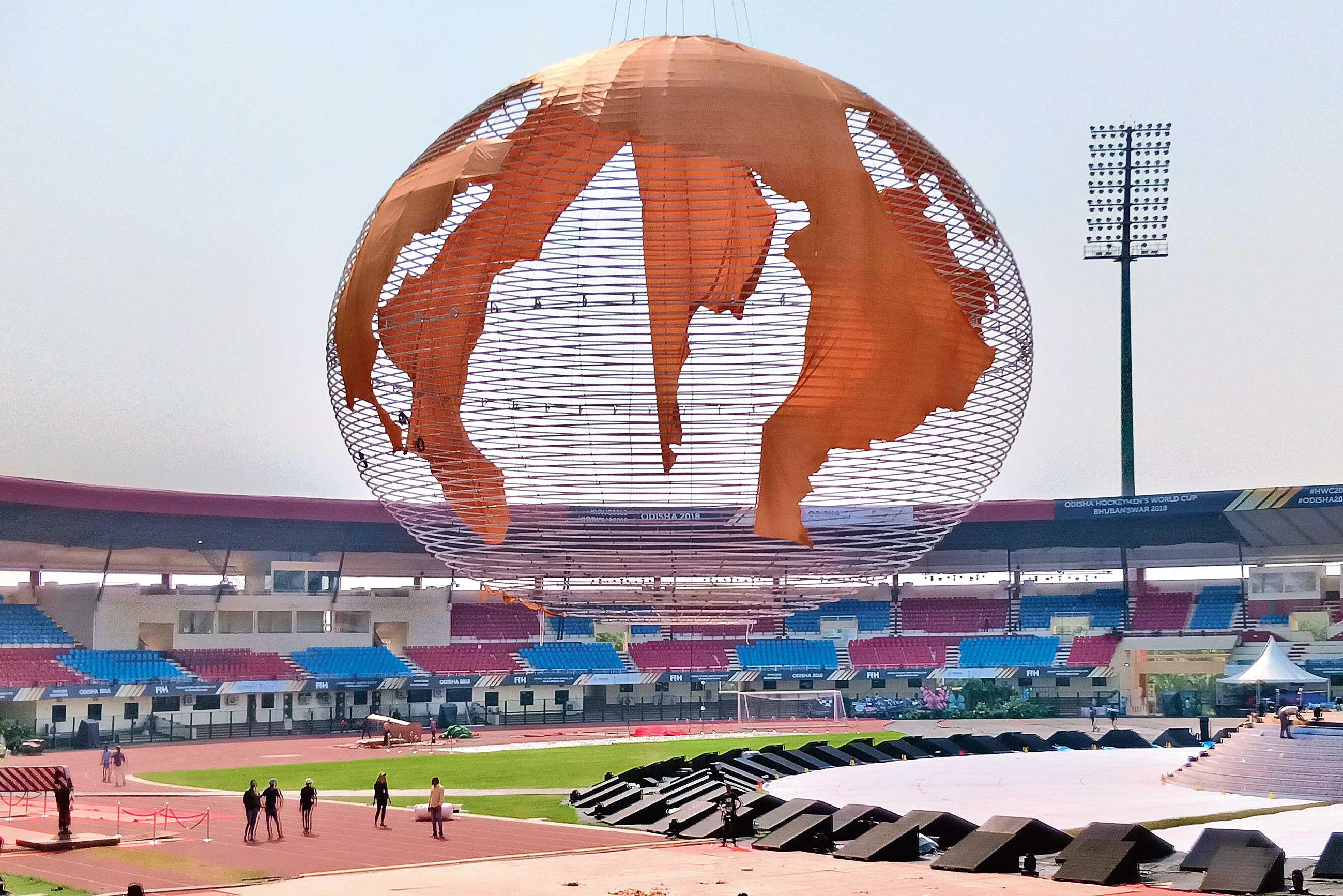 Replica of the globe
Picture by Ashwinee Pati

Bollywood heart-throb Madhuri Dixit will feature as the central character in the “Earth Song”. The 45-minute show will unfold over five acts and has choreographer Shiamak Davar blending the east with the west. 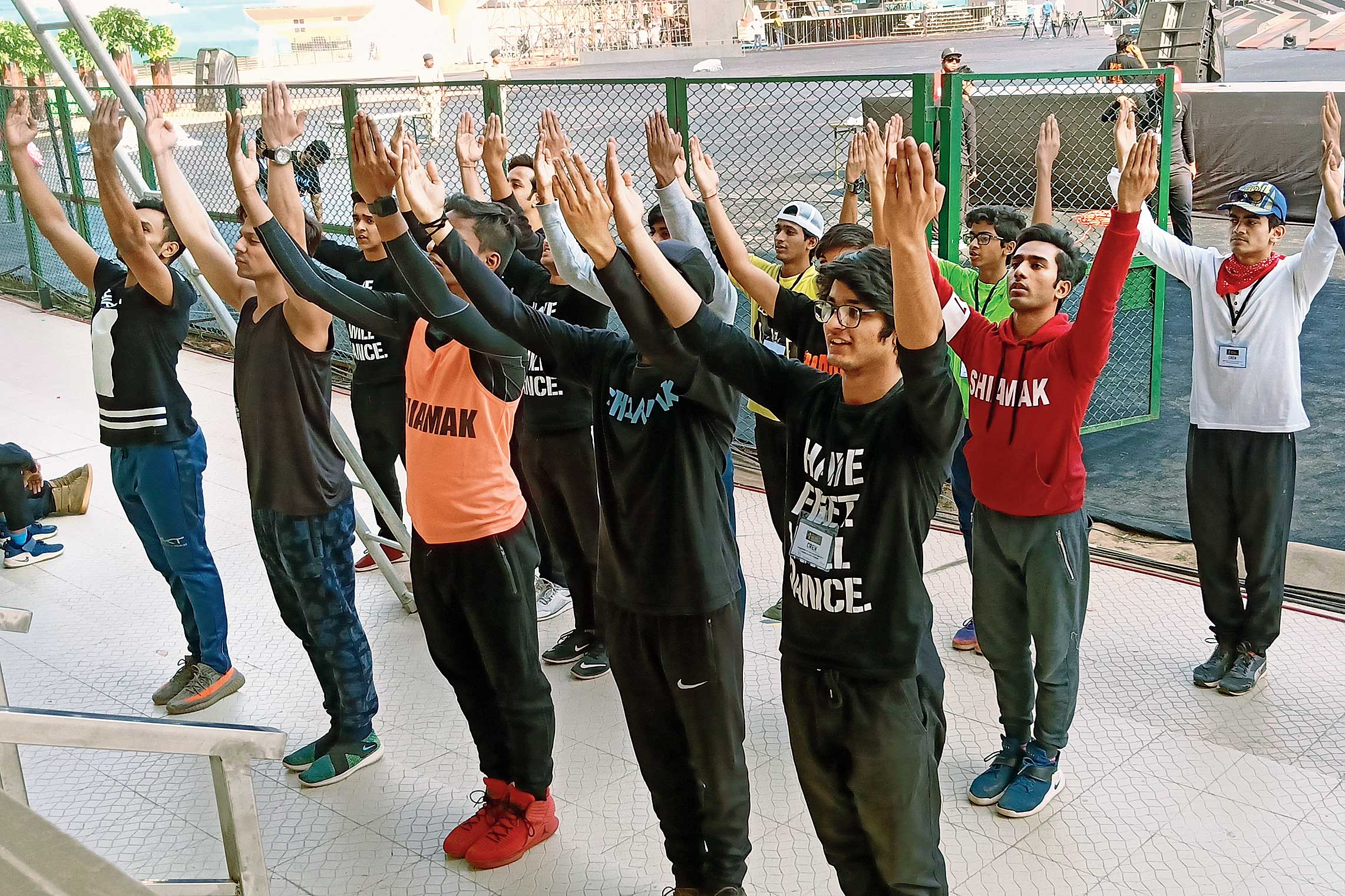 Performers rehearse ahead of the inaugural event in Bhubaneswar on Sunday.
Picture by Ashwinee Pati

The dance troupe from the “east” has Odishi exponent Aruna Mohanty as its mentor. Mohanty’s presentation will be a fusion of dance forms such as Odissi and Bharatanatyam. Davar, who will also perform, has used dance forms such as samba and jaaz in his choreography. 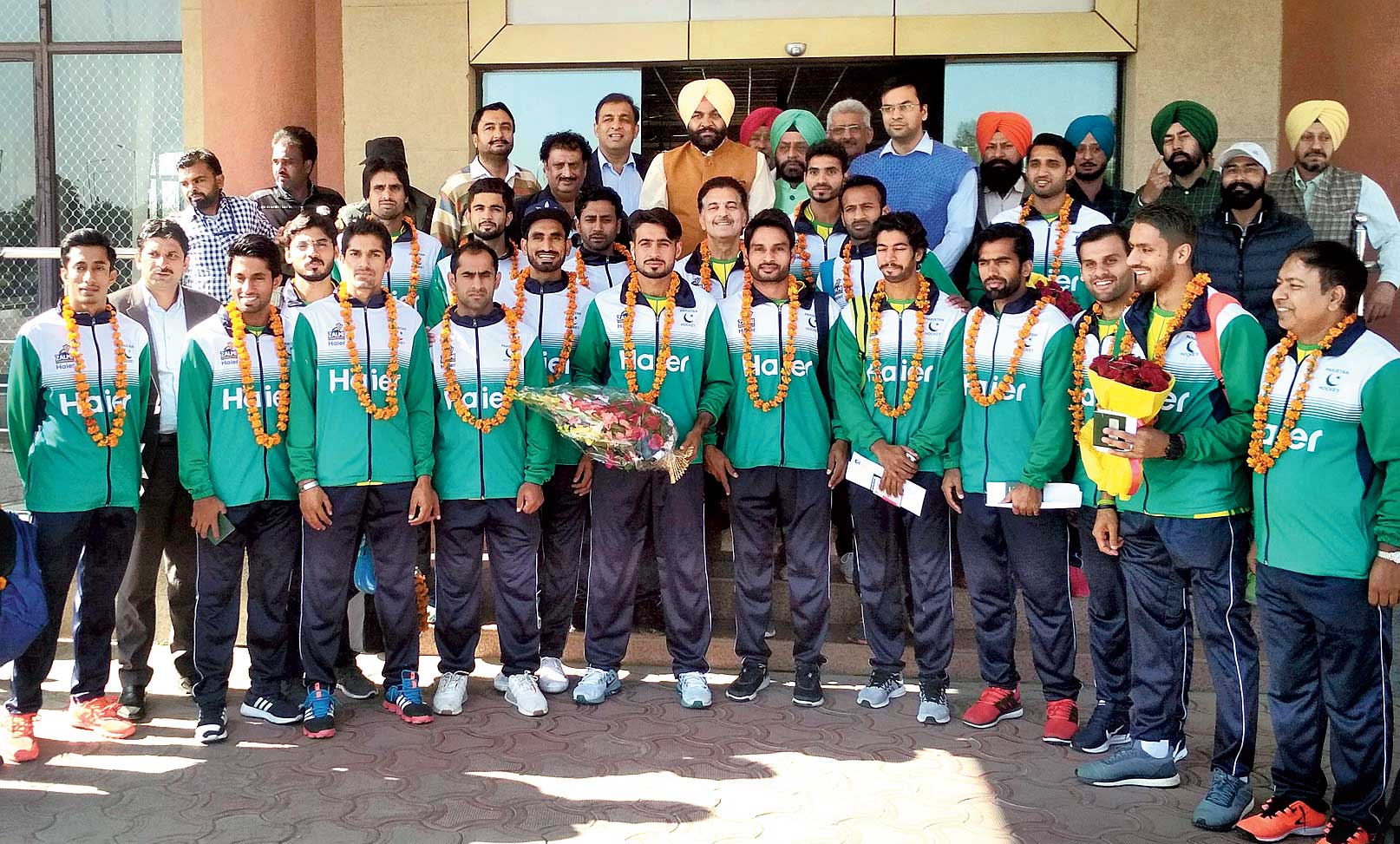 Pakistani hockey players enter India through the Wagha-Attari border on Saturday to take part in the Men’s Hockey World Cup in Bhubaneswar.
(PTI)

While the matches will be played at the newly built Kalinga Stadium, the inaugural function will be held at the main athletics stadium.

The Kalinga Stadium is ready for the show to begin with the flags of the participating countries already been hoisted.

To accommodate hockey lovers, the capacity of the stadium has been increased to 15,200. A special corridor — The Walk of Champions — has been built for the players to enter the ground.

A special gallery has been made for press, sports officials and VIPs.

The entire city has been put under tight security cover, with special focus on the Pakistan hockey team.