Odisha is yet to apply for the geographical indication (GI) tag for its popular Pahala rasgulla even as neighbour Bengal has gone ahead and patented its own brand of the succulent spongy cheese ball. 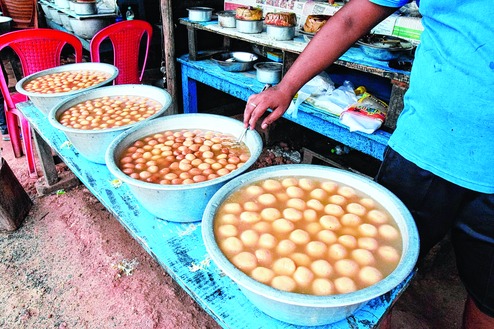 Bhubaneswar: Odisha is yet to apply for the geographical indication (GI) tag for its popular Pahala rasgulla even as neighbour Bengal has gone ahead and patented its own brand of the succulent spongy cheese ball.

Central government's Cell for IPR Promotion and Management (Cipam) said in a tweet on Tuesday: "Banglar Rasogolla from Bengal gets Geographical Indication (GI) tag. It is a pure white, spongy ball of 'chhana' dipped in light sugar syrup."

As news broke that "Banglar Rasogolla" has got the GI tag, the immediate reaction was that Odisha had lost the sweet battle to Bengal. However, finance minister Sa-shi Bhusan Behera was quick to reject such apprehensions and said the process was on to get GI tag for the Odisha variety of the sweet.

Speaking to The Telegraph, Behera said: "We are yet to submit our application to get GI tag for our rasgulla. A committee is working on the application. Once it is ready, we will apply for the GI tag."

With Jagannath cult scholar Asit Mohanty at its head, the state government had in July last year formed a committee to get GI tag for the sweet. In its report to the science and technology department, the committee had cited several references to stake claim for its origin.

The committee had clai-med that references of the sweet were found in the Dandi Ramayan, which is a version of the popular epic that Bala-ram Das had adapted in the 16th century. Tracing the origin of the sweet, the report also talked about the 600-year-old tradition of rasgulla being offered to gods and goddesses in mutts and temples in Odisha.

Based on the committee's report, the state government had in August formed an eight-member panel to hasten the process to apply for the GI tag. However, the government is yet to submit the application even though over two months have elapsed since the panel was formed.

"We have approached the Central Tool Room and Training Centre to prepare a roadmap for getting GI tag for rasgulla. The report is in its final stage and we hope to submit the application to Cipam in a month or two," said an official of the science and technology department.