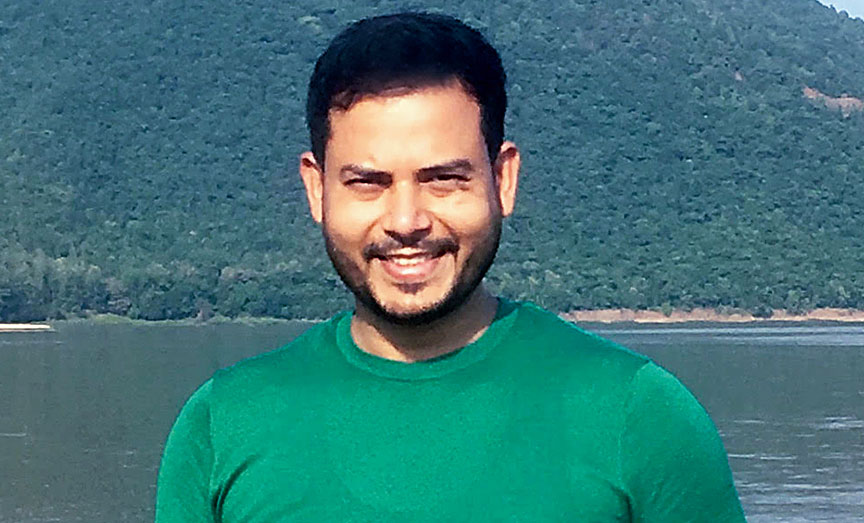 Odisha-born film producer and promoter Jitendra Mishra has been selected as the jury member for the 11th International Film Festival for Children and Youth-Junior fest in Czech Republic.

The festival, which is scheduled from 9 to 15 November, in five different cities — Pilsen, Horšovský Týn, Dobrany, Domažlice and Preštice — of Pilsen region, gets more than 12,000 visitors annually.

The festival will have more than 100 film screenings, 20 practical workshops and creative workshops and ten other events. The festival has also focused on conducting year-round educational events for school students. Mishra was recently selected as the jury for the prestigious “European Children’s film association”, for which he travelled to Schlingel International film festival, Germany.

His current production The Last Color directed by chef Vikas Khanna is all set for world release soon, the first look of the film was launched during the official event of Cannes Film festival this year. He has been the festival director of the film festival, SIFFCY (Smile Int’l FF for Children and Youth). He has also conceived the idea and designed for the Smile Foundation, a development organisation.

“We are exploring opportunities to collaborate with the leading festivals, filmmakers and credible organisations from Czech Republic with our festival SIFFCY to exchange our art, culture, and values through cinema. The festival director visited our festival SIFFCY last year and we are looking at a bigger Czech collaboration this year,” Mishra said.

Mishra has been associated only with socially-relevant films made for young audience. He has been associated with the production, distribution and promotion of more than 110 films in all categories. He has also been an active member of the Cannes producers’ network.

Born in Titilagarh, Mishra is now working on promoting children’s films from the state. “It is very unfortunate that filmmakers from the state take no interest in producing films for children,” said Mishra.

Mishra has been recently elected to the board of directors of Cifej, which one of the world’s biggest children and youth media network.

“Recently, we have been working on various innovative ideas to help these films reach global audience. We are taking these films to Cannes and other festivals as part of such efforts,” Mishra said. He has also been associated with films such as I am Kalam, Aaasma and Chausar.