The BSF, is in touch with Border Guards Bangladesh (BGB), but till Tuesday evening there was no news about the whereabouts of the abducted workers or any demand for ransom 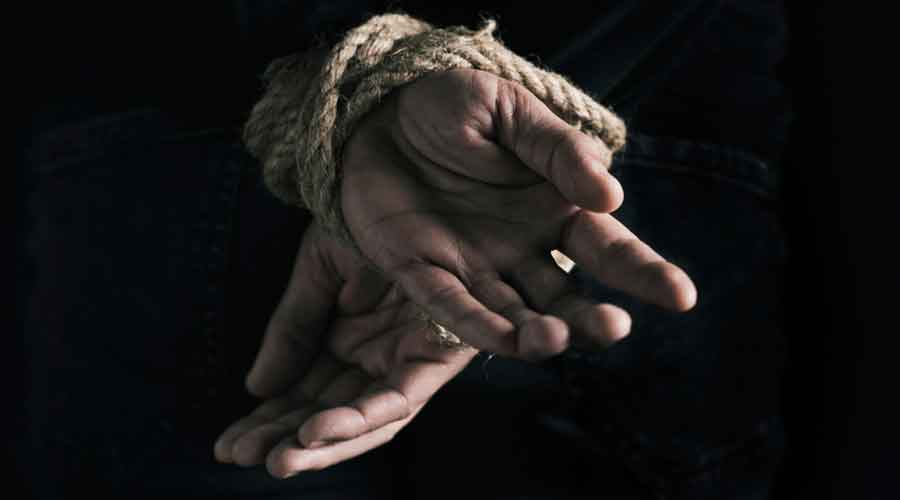 The abducted persons have been identified as Subrata Debnath, Subhash Bhowmik and Ganamohan Tripura
Shutterstock
Umanand Jaiswal   |   Guwahati   |   Published 09.12.20, 01:44 AM

Three workers engaged in construction of the border fence in Dhalai district of Tripura were allegedly kidnapped by suspected National Liberation Front of Tripura (NLFT) militants and taken to neighbouring Bangladesh.

According to police, the Border Security Force, which guards the international border, is in touch with Border Guards Bangladesh (BGB), but till Tuesday evening there was no news about the whereabouts of the abducted workers or any demand for ransom.

Dhalai district borders Khagrachari district in Chittagong division of Bangladesh. The incident site under Ganganagar police station is around 70km from Ambassa, the Dhalai district headquarters, and around 140km from state capital Agartala.

Additional inspector-general of police (law and order) Subrata Chakraborty told The Telegraph that the workers, two of them non-tribals and another tribal, were engaged under the National Projects Construction Corporation Limited, a government undertaking, for the fencing work.

The abducted persons have been identified as Subrata Debnath, Subhash Bhowmik and Ganamohan Tripura.

“They were involved in ground-levelling work when they were kidnapped on Monday. Only the three workers were present when suspected NLFT cadres abducted them and took them to the neighbouring country,” Chakraborty said.

While the tribal worker is a local, the non-tribal workers used to sometime stay at the BSF border outpost, around 700 metres from the place of occurrence, police sources said.

The Indo-Bangladesh border is around 856km long in the state, of which 65km in several patches still remains unfenced in Sipahijala, Dhalai and South districts. Tripura has eight districts.

The Opposition CPM questioned how the kidnapping took place despite the presence of the BSF.

Monday’s kidnapping was the second since November 27 after a man was abducted from Damcherra along Tripura’s border with Mizoram.

A major faction of the NLFT, formed on March 12, 1989 to secure “sovereignty” for Tripura, had laid down arms before the government in August 2019.

A splinter group of the Bishwamohan Debbarma faction of the NLFT, which stayed behind after last year’s surrender of 88 cadres and leaders, still operates from across the border, sources said, adding that it is the last surviving insurgent group.

They also said the two abductions since November 27 suggest that the outfit might be regrouping and could pose a serious security challenge during the ensuing autonomous district council polls.

BSF officials could not be contacted for their response but sources said they were verifying facts.