After casting his vote, Deka told reporters that his VVPAT receipt showed the name of a different candidate and not the one he had voted for 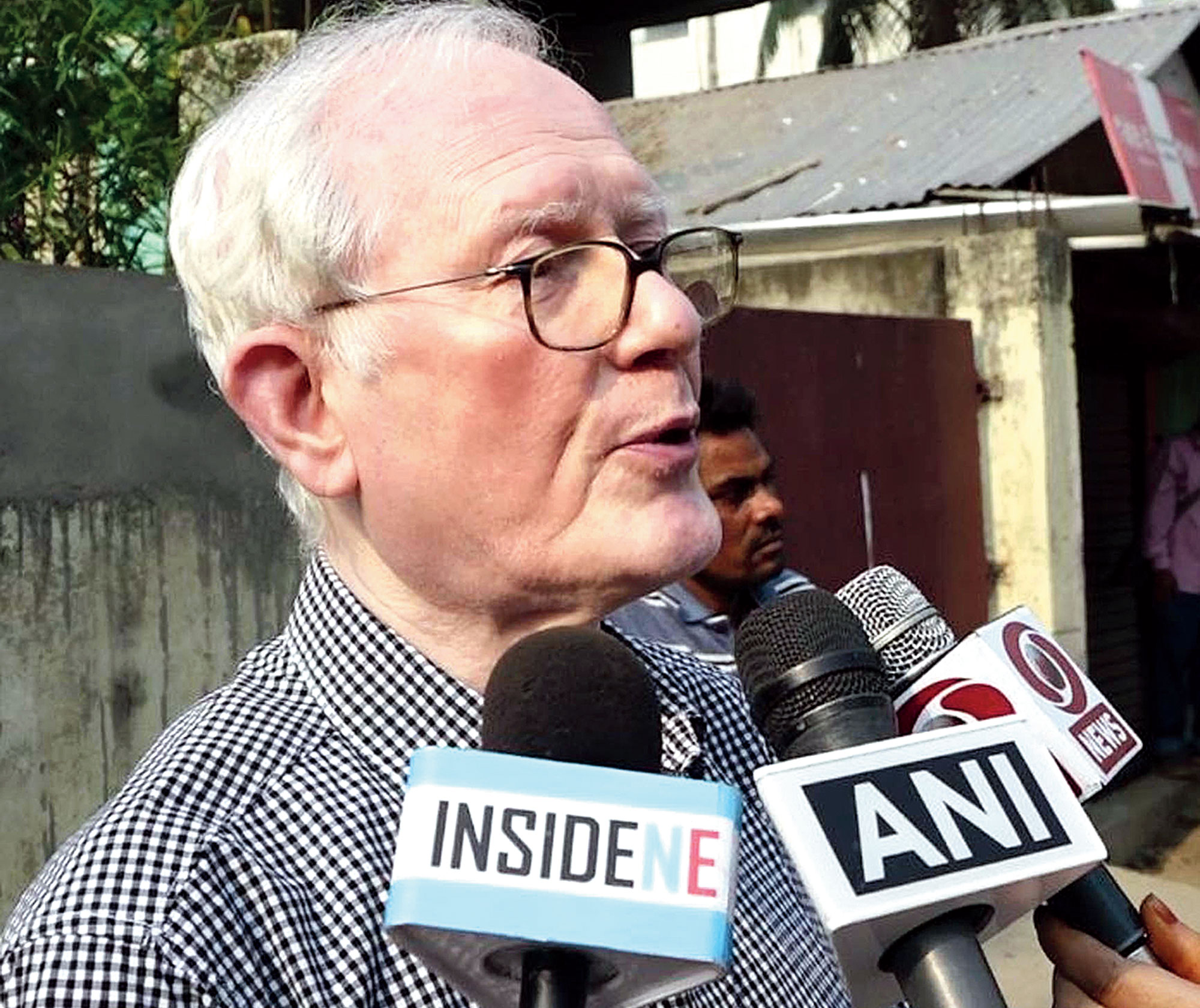 Former Assam director-general of police and poet Harekrishna Deka on Tuesday alleged that the voter-verifiable paper audit trail (VVPAT) machine at a polling station here had malfunctioned and the receipt he received did not have the name of the candidate he had voted for.

Assam chief electoral officer Mukesh Chandra Sahu told The Telegraph that no other voter in the polling station had complained about VVPAT malfunctioning. “In fact, we have not received any complaint from anywhere in the state regarding any malfunctioning EVM or VVPAT,” he said.

After casting his vote at Lachit Nagar LP School (middle) polling station, Deka told reporters that his VVPAT receipt showed the name of a different candidate and not the one he had voted for. “I asked the presiding officer to cancel my vote. He said the provision of cancelling his vote was not available,” he said.

Deka was the first voter at the booth.

He said the presiding officer had told him that there was a provision of “challenging” for which he would have to pay Rs 2. “He (presiding officer) said based on my complaint, an inquiry will be instituted. If the inquiry finds I had filed a wrong complaint, there will be criminal liability that would fetch a fine of Rs 10,000 along with a jail term,” he said.

Deka, who did not challenge, said he was convinced that problems occurred in EVM and VVPAT machines. “I think the old system of ballot paper was better,” he said, adding that by putting the liability on voters, the Election Commission was dissuading the electorates.

Sahu said if Deka had given his complaint in writing, he would have to cast his vote in front of all officials of the polling station to show he was right.