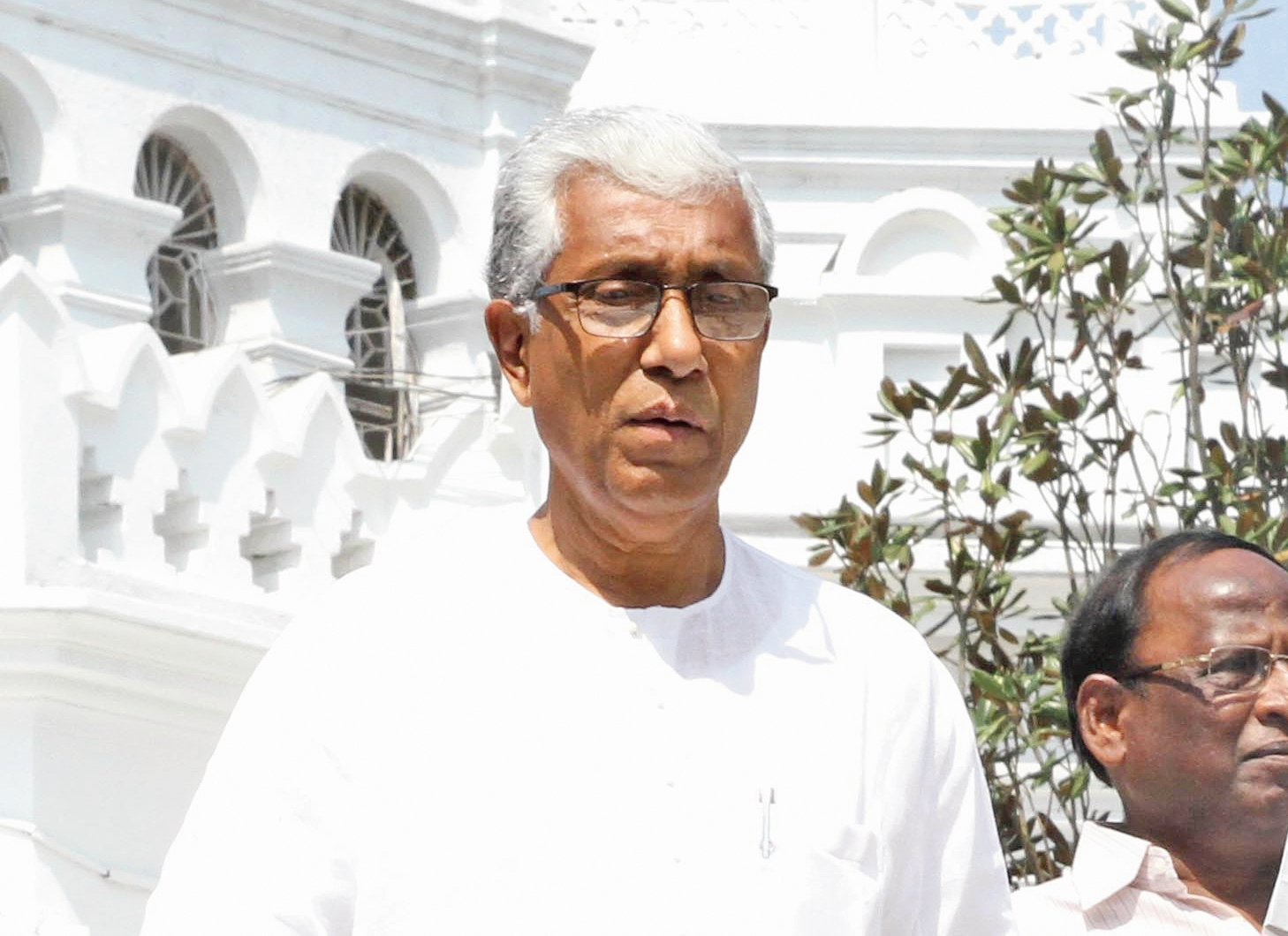 “After so many years of Left Front rule, you now need a hira (diamond), not the manik (ruby) you already have, to usher in an era of true development,” Prime Minister Narendra Modi had thundered during an election rally at Sonamura early in February last year.

More than a year, marked by tectonic shifts in the state’s political equations (end ofthe 25-year-old Left Front rule and maiden advent of BJP) has passed.

Sarkar deals with the challenges he confronts as the leader of the Opposition with perfect equanimity.

He addressed two poll meetings in Tuibandal and Banshpukur in his Dhanpur Assembly constituency on Sunday but could not reach the site following blockades allegedly by BJP workers.

While trudging back to his vehicle, escorted by local party men, the septuagenarian Sarkar mumbled, “How can they do this, they seem to be unaware of the Constitution and election laws.”

Despite the massive anti-incumbency and BJP wave in the Assembly polls last year,Sarkar had retained his seat.

But the old warrior in Sarkar is still ebullient as he keeps attending election meetings, nonchalant about any threat of attack or disruption by the ruling party.

“If we are serious about saving this vast and diverse country, we must defeat the BJP in the Lok Sabha elections. That will pave the way for change within the state sooner rather than later,” said Sarkar. His sway over the crowd remains intact as he looks through his schedule of meetings till Tuesday, the last day of campaign for Thursday’s Lok Sabha polls in West Tripura seat.

Within hours of the Assembly poll debacle last year, Sarkar shifted from his official residence to a third-floor room in the state CPM headquarters at Melarmath here.

“I have no problem here, public life is like that, you have to adapt and adjust. When official quarters will be available I will shift; let the new government run well,” he had said in April last year.

What, however, he kept unsaid was his despair over the rejection of his party by the state’s indigenous tribal electorate.

Of the 20 seats reserved for the indigenous people, the CPM could narrowly win only two, truly a disaster for a party which originated from and flourished on the tribal base in the state.