Rosekandy, about 30km from Silchar town, produces around 14 lakh kg of tea annually 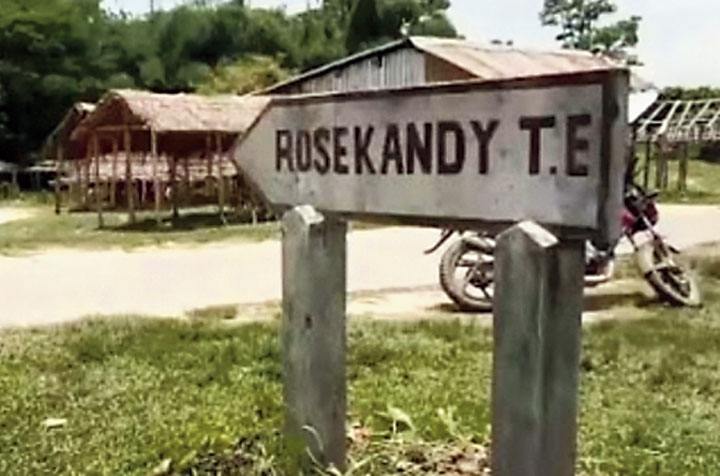 Rosekandy tea estate in Assam’s Cachar district, where 800 labourers are on ceasework since last Sunday, is still closed.

The Cachar administration had clamped Section 144 IPC in the garden on Friday evening, banning all agitation, to avert any untoward incident. It also banned carrying of arms under Section 4 of the Indian Arms Act, 1818.

Indian Tea Association secretary Bhaskar Chaliha told The Telegraph that garden labourers were absent from duty and the “no work no pay” policy had been imposed. He said the labourers had not given any memorandum enlisting their demands yet and that both parties were losing out because of the strike.

Rosekandy, about 30km from Silchar town, produces around 14 lakh kg of tea annually.

Chief minister Sarbananda Sonowal has asked the Cachar district administration to maintain close vigil over the situation in the garden.

Barak Cha Shramik Union’s assistant general secretary Dinanath Baroi said they were ready to interfere to end the imbroglio created by the labourers’ strike. He said they had planned to visit the garden and organise a meeting but were not able to do so because of imposition of Section 144.

Babul Kumar, an inhabitant of the garden who is spearheading the agitation, demanded ouster of manager Iswar Bhai Ubadia, alleging that he was “running the garden with unprecedented strictness”.

He also demanded abolition of the government system of issuing of no-objection certificates by the garden management for welfare schemes. He alleged that the garden authorities were unwilling to discuss the matter with them for an amicable solution. The garden’s inhabitants are also demanding opening of the estate’s three gates without being manned by chowkidars.

Babul claimed that 800 paid labourers of the garden and around 8,000 non-workers and retired workers were supporting the agitation.

Sources in garden management confirmed that non-workers, retired workers and villagers living inside the garden were involved in the agitation.

They said nearly 8,000 non-workers were getting full benefits and had now started interfering in the affairs of the garden, which would not be tolerated.

They said a tripartite meeting held in the office of the assistant labour commissioner in Silchar had failed to solve the imbroglio.

Ubadia, who has served the garden from the last 35 years, could not be contacted.