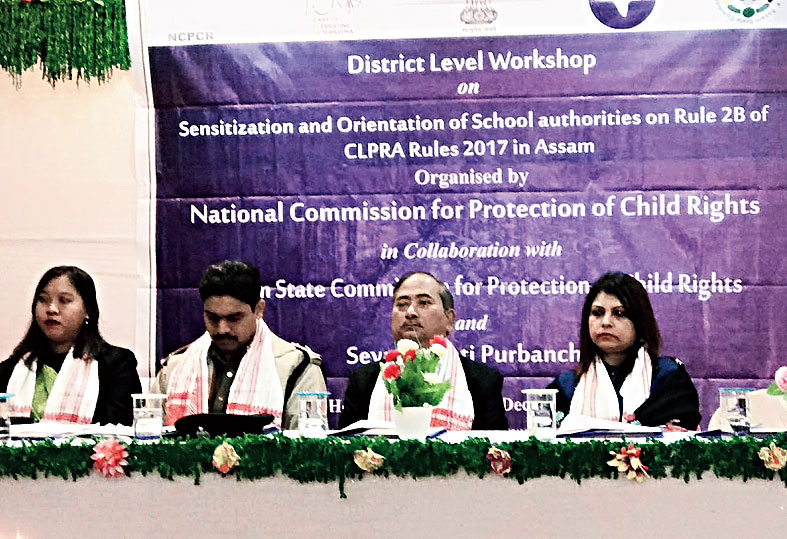 Officers of district Childline along with Hojai police, acting on a complaint lodged on 1098, the helpline for children, foiled the marriage of a 17-year-old girl on Thursday afternoon.

According to reports, the minor, a resident of Bishnupally in ward 18 and daughter of Bokul and Limpi Das, was all set to marry Subhankar Debnath, a resident of Lumding and son of Haradhan Debnath, on Thursday evening at a marriage hall in Hojai.

District Childline protection officer Deuk Ghosh told reporters, “Acting on a complaint on 1098, we, along with Hojai police reached the girl’s home, asked for proof of age and after full verification, we found her to be underage.”

The legal age for marriage is 18 for girls and 21 for boys.

“The girl has been produced before the Child Welfare Committee (CWC) at Nagaon,” Ghosh added.

He said within a couple of days, the district Childline will issue a proper guideline to all marriage hall owners of the district that they must verify the bride and groom’s age before taking a booking for a wedding. If the halls flout the norms, strict action will be taken against them, he added.

In spite of various awareness campaigns, meetings, advertisements and workshops, child marriages are still rampant in the district.