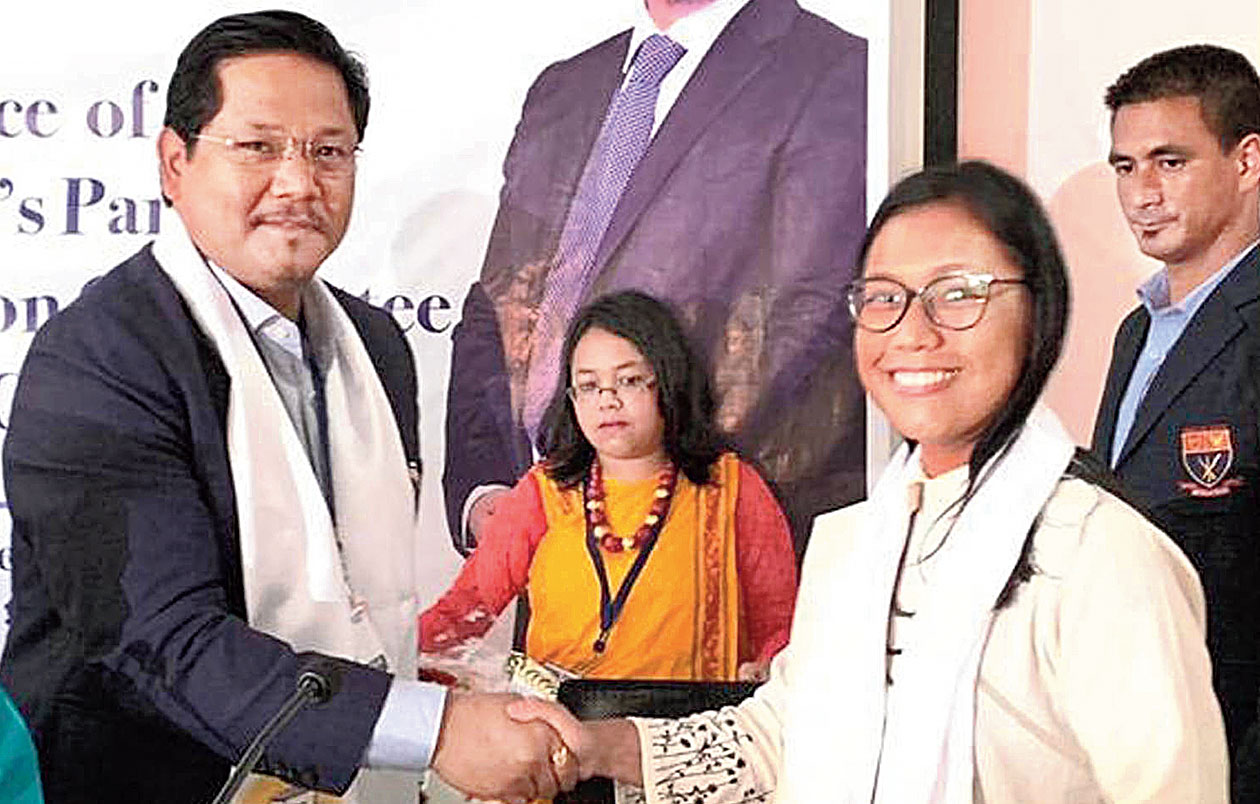 The National People’s Party (NPP), which was recognised as a national political party by the Election Commission on Friday, will now propagate its vision and ideology by keeping both regional aspirations and national interests in mind.

This was echoed at the first Northeast Coordination Committee conference of the NPP at the state convention centre here, which was chaired by veteran leader and former chief minister D.D. Lapang.

The conference, which coincided with the recognition accorded to the NPP, discussed the agenda of strengthening its base further in the Northeast and propagate its vision and ideology to other parts of the country.

Lapang said the conference would usher in an era of progress for the NPP as it would endeavour to formulate a road map to take the vision and mission of the party to every nook and corner of the Northeast.

“The NPP became the first party from the Northeast to receive the national party tag. It is our responsibility to carry forward the onus of representing the regional aspirations at the national level. The NPP has remained committed and it will continue to fulfil its agenda,” Lapang said.

NPP national president and chief minister Conrad K. Sangma said its motto and objective was “one voice, one Northeast” and it would continue to provide a platform for the people of the region at the national level, while make efforts to grow in the region and other parts of the country.

“It was a dream of our leader late P.A. Sangma that the NPP receive the national party tag and today it has been realised. This is a moment for the party to look back and prepare for the future,” he said.

On challenges the NPP will face as a national party and how it would deal with issues being an ally of the BJP-led NDA government, Conrad said, “We will not agree to whatever policies or decisions are made and there should be proper consultation on issues. The NPP as a national party will now be a part of the consultation on policy decisions of the country. As a responsible party from the Northeast, we will never compromise on the regional aspirations. We will engage in consultation to protect and safeguard the interests of the indigenous people.”

On the Citizenship (Amendment) Bill, he said, “Our stand is clear and we would urge the Centre to have proper consultation with different stakeholders and build the confidence of our people.”

On how it would strengthen its base in other states, Conrad said, “We are a party that works for the people and has concerns for all tribal and indigenous people. There are regional aspirations in the entire country, and the NPP will focus on working to fulfil them as well as work to expand our footprint in other states. We will fight for the regional aspirations but also keep the national interests in mind,” the NPP president said.