Neepco generates 275MW from the two power stations of the project 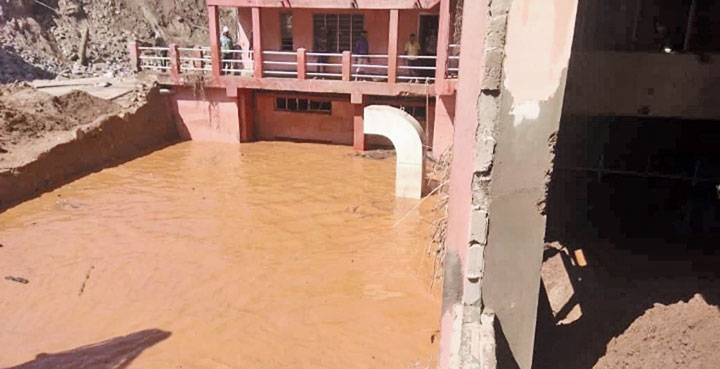 A pipeline burst at the Kopili hydro power station at 29 Kilo in Umrangsu in Assam’s Dima Hasao district around 4am on October 7 had led to massive flooding and created a water fountain that rose several hundred feet into the sky. Altogether 800m of the project area were effected.

Sources said loose earth in the basement of a two-storey pump house of the project is causing hindrance and it might take more time to recover the trapped persons. The earth blocking the entrance of the pump house has been cleared and excavators put into service to dig out the mud inside.

“Since its establishment in 1976, the Neepco authority did not change the pipeline that should be altered after every 30 years. We never heard of the pipeline being changed in the past 43 years,” a local resident said.

Neepco director Vijay Kumar Gupta on Saturday said they had cautioned the Centre as well as the Assam and the Meghalaya governments on Kopili’s water turning acidic owing to drainage from the nearby coal mining sites but their appeals had fallen on deaf ears.

Ronghang said the state government should order an independent inquiry by a team of experts to bring out the truth behind the rupture in the pipeline.

“The iron pipeline was damaged as it came in contact with acidic water,” Ronghang added.

Neepco generates 275MW from the two power stations of the project. Assam receives 150MW of the total production.