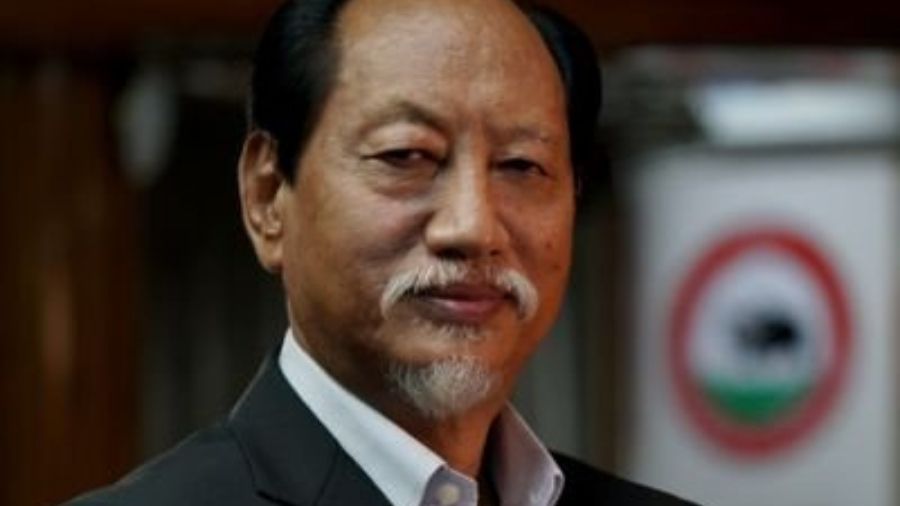 Nagaland Chief Minister Neiphiu Rio expressed his “immense gratitude” to all the leaders who ensured the creation of the state through their ‘sacrifices’, as it celebrated the 58th Statehood Day on Tuesday.

On December 1, 1963, the then president Dr. Sarvepalli Radhakrishnan  inaugurated Nagaland as the 16th state of the country.

The state also marked its first-ever virtual inauguration of Hornbill Festival on Tuesday in the view of the pandemic. The festival celebrates the rich culture of Nagaland and is a platform to display its cultural legacy.

"We have significant and enduring achievements to show in every field. We have seen development and progress, and the quality of life enjoyed by our people has seen a marked improvement, though many challenges still remain,” the chief minister said in his address.

"As we celebrate this historic day, we remember with immense gratitude all those leaders, who by their sacrifices, foresightedness and determination ensured the creation of Nagaland state with special constitutional provisions,” he added as he spoke during the main celebration at Secretariat Plaza in Kohima.

“While the state has been making every effort for all- round progress in all spheres, the quest of the people for the final solution to the long-standing Naga political issue, has also continued all along,” Rio said.

"The long journey towards the final solution has passed many stretches and milestones", he said while expressing hope that this journey is finally reaching its ultimate destination,” he added.

"We all are aware that the negotiations between several Naga political groups and the Government of India have seen a breakthrough with common ground being reached on various issues. We expect everyone to continue with the same spirit of understanding and oneness for moving forward to the eventual solution without any delay," Rio said.

He also informed that on November 15, the state government had convened a consultative meeting with representatives of all the tribal hohos, civil society organisations, political parties, ex-parliamentarians and public leaders.

"It was reiterated to every stakeholder that there will be only one solution to the Naga political issue," he said.

“This year has also seen a crisis of enormous magnitude in the form of COVID-19 pandemic,” Rio said while lauding the exponential increase in the state’s testing capacity that is required to break the chain of the infection.

"Our preparations for combating the pandemic had been initiated early. We took every possible step to further develop and improve our entire health infrastructure. In a matter of a couple of months we managed to go from a state with a nil testing facility to 2,600-3,000 testing capacity per day," he said.

He also claimed that the state had improved its health infrastructure to deal with the pandemic.

He cited an increase in the number of ventilators in government-run hospitals from 14 in March to 145 in November.

“The number of beds in isolation wards, ICU and non-ICU wards, in COVID hospitals, and COVID Care Centers has also increased in the last eight months”, Rio said.

"We have to unfailingly continue wearing masks, maintain social distancing, wash hands regularly, and adhere to the health advisories and standard operating procedures issued by the government," he added.

The chief minister also highlighted various initiatives of the government towards enhancing skills and employability of Naga youths returning from other states, reforms undertaken in agriculture and allied sectors during the pandemic, besides efforts for providing online education.

During the day, the Raj Bhavan organised a special programme to unveil the bust of the president of Naga People's Convention (NPC) Dr Imkongliba Ao.

Meanwhile, the Eastern Naga Students Federation (ENSF), comprising six major tribes, boycotted the celebrations demanding fulfilment of its six-point charter of demands, including 45 per cent reservation in government jobs in the state.