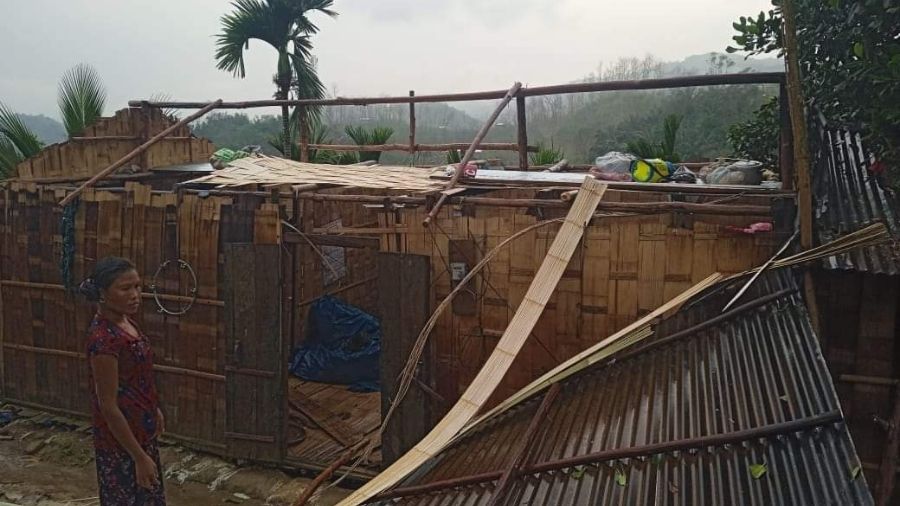 A massive storm accompanied by heavy rain and hail damaged over 200 houses, including a church building in Mizoram's Kolasib and Mamit districts, an official said on Sunday.

No fatalities have so far been reported in the storm that hit the two districts late on Saturday, he said.

According to a preliminary report, at least 220 houses and the church building were damaged in Kolasib district, and about 18 houses in Mamit district near the Assam border, the official said.

Kolasib Assembly constituency MLA and Supply Minister K Lalrinliana on Sunday visited the villages affected by the storm to take stock of the situation.

The minister assured of assistance from the state government.