Vanlalhmuaka, the general secretary of Mizoram BJP, was unanimously elected as BJP’s president 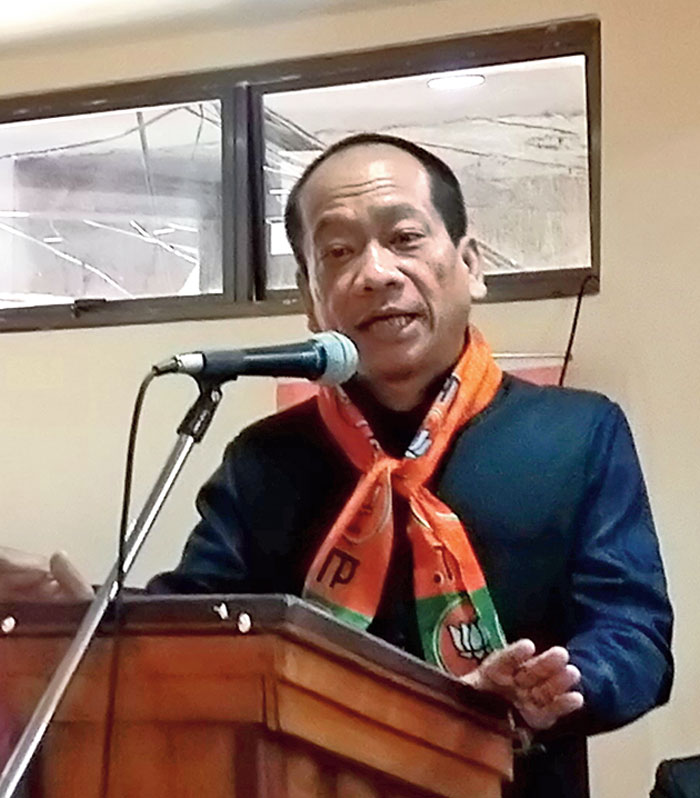 Mizoram BJP leader Vanlalhmuaka will take over as the party’s new president in the state.

Vanlalhmuaka, the general secretary of the state BJP, was unanimously declared elected as its president while former minister Nirupam Chakma was elected as the BJP’s national council member from Mizoram.

The election results were announced by Bihar Lok Sabha member and party leader Vinod Sonkar in a function held at the party office here on Tuesday.

Addressing party workers after his induction, Vanlalhmuaka said, “The lotus will continue to bloom in Mizoram and the party will win the next Assembly polls in 2023.” He said his party continues to register progress in Christian-dominated Mizoram with more than 70,000 members.

Urging party workers to make massive efforts to strengthen the BJP, the newly elected president said better coordination should exist among party workers from village to block, district and the state levels. “If every member works hard to recruit at least one to seven members during the four years before Assembly elections, why will the BJP not win the next Assembly polls?” he asked.

He said his trust in party workers to extend help and cooperation encouraged him to take the post although he was initially reluctant.

Sonkar, a five-time Lok Sabha member from Bihar, said the BJP-led NDA government gives priority to development in the Northeast. He hoped the BJP would grow in Mizoram as the Centre is giving importance to strengthen it.

The party opened its account in the Christian-dominated state in the 2018 Assembly polls by winning one seat in the 40-member Assembly. The BJP is in power in the Chakma Autonomous District Council in south Mizoram.