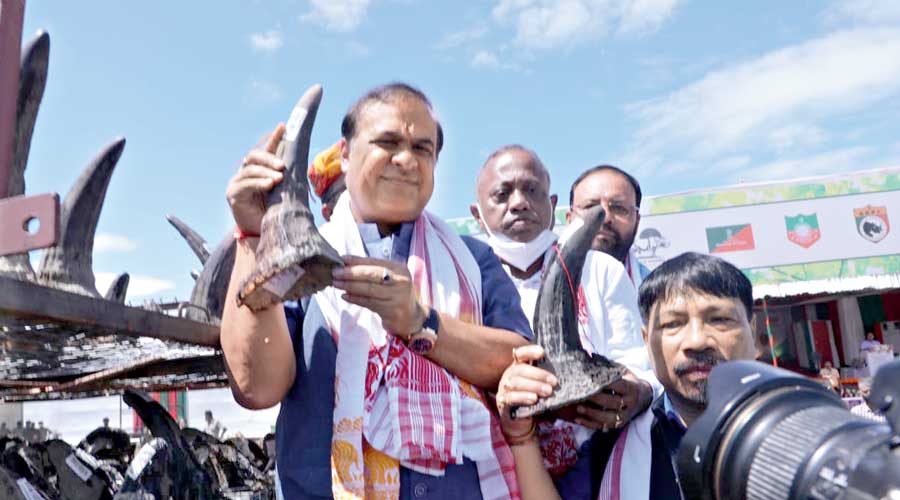 Minority certificates would be provided to six religious communities, including Muslims, in Assam, Health Minister Keshab Mahanta said on Sunday.

The state cabinet decided that the minority certificates would be issued to Muslims, Christians, Sikhs, Buddhists, Jains and Parsis and the modalities will be worked out accordingly, Mahanta said at the media briefing after the cabinet meeting here.

The cabinet meeting chaired by Chief Minister Himanta Biswa Sarma also decided to pay a total of Rs 12.63 crore to 1,263 families of workers of the Doloo Tea Estate as a goodwill gesture for their cooperation in the development of the Greenfield airport at Silchar.

Each family will be provided Rs one lakh as compensation for their cooperation, he said.

The state government had earlier announced a compensation of Rs 50 crore for the acquisition of the land at Doloo Lalbagh and Mainagarh tea gardens for setting up the greenfield airport and had already released Rs 2.37 crore as the first instalment.

In the interest of the tea garden workers, the cabinet also approved the rationalisation of valuation and fair compensation for acquisition of land. The zonal value for tea land will be determined on the basis of registered sale deeds of preceding three years in the district with the floor value being 10 per cent of the nearest agricultural land, he said.

The cabinet decided to bring an amendment to the Assam Right to Fair Compensation and Transparency in Land Acquisition, Rehabilitation and Resettlement Rules, 2015 which will equate tea garden lands with those in urban areas to calculate the compensation payable when tea lands are acquired for public purposes.

Tea garden workers, both permanent and temporary, will be eligible for receiving 10 per cent of the compensation amount payable to the tea gardens towards acquisition cost of the land, Mahanta said.

The Cabinet also decided to bring in an ordinance to enable the extension of tax exemption on green tea leaves for a further period of three years from January one, 2022.

The meeting also decided to give an ex-gratia relief of Rs two lakh each to 288 seriously injured persons and 57 women victimised during the Assam agitation against foreigners between 1979-85 with a total of Rs 6.9 crore to those injured and victimised, Mahanta said.

The cabinet also approved the Standard Operating Procedures (SOP) for implementation of the Assam model of Mission Amrit Sarovar which seeks to introduce a source of water for small and marginal farmers and income generating assets by integrating pisciculture and commercial plantation.

Altogether, 3007 Amrit Sarovars will be constructed at a cost of Rs 1,208 crore and was scheduled to be completed by August 15, 2023, Mahanta added.