Residents of Tulshibil feel the presence of a bank branch in the area may have prevented the alleged suicides of Nirmal Paul, his wife Malika, and three daughters 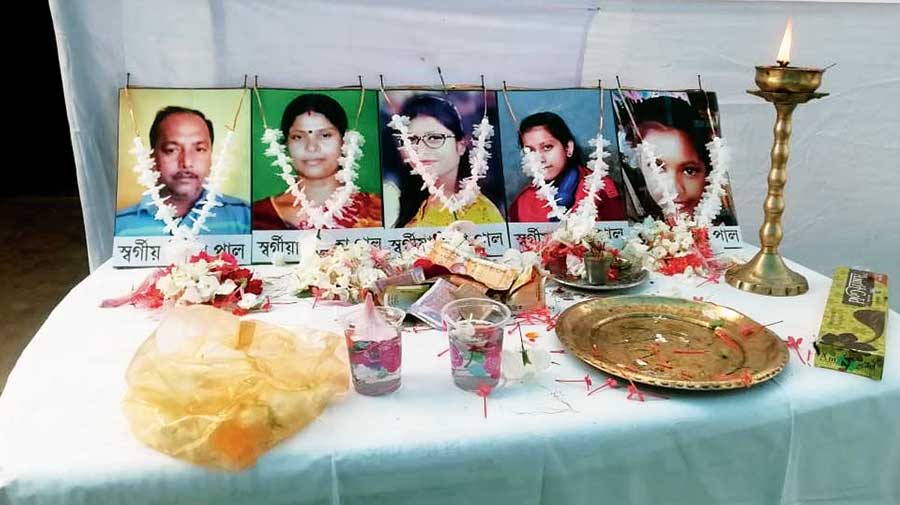 Residents of Tulshibil in Assam’s Kokrajhar district have decided to build a memorial for the five members of a family who allegedly committed suicide on Monday apparently because they were “heavily” in debt.

Residents of Tulshibil feel the presence of a bank branch in the area may have prevented the alleged suicides of Nirmal Paul, 52, his wife Malika, 45, and three daughters — Puja, 25, Neha, 17, and Sneha, 15. The nearest bank branch is around 7km away.

Phukan has promised to push the residents’ demand for a bank branch before appropriate authorities.

Paul, who used to deliver LPG cylinders in the locality, ran up “debts” between Rs 25 lakh and 30 lakh after borrowing from individual lenders at “high” interest rates.

Paul and his family are said to have cracked under the pressure to repay and took the extreme step of hanging themselves in one of the two rooms of their rented house in Tulshibari market, around 40km from the district headquarters.

Police investigation into the case is on.

Kokrajhar DC Bhaskar Phukan paying his respect to the deceased at the shradha.
Utpal Roy

Utpal Roy, who headed a 11-member committee formed to hold the shraddha, told The Telegraph that Paul’s youngest brother Adhir performed the final ritual, which was followed by a naam kirtan late in the evening.

“Everybody joined hands and everything passed off smoothly. Over 1,000 people attended the shraddha. We will now decide where to build the memorial suggested by Pramila baidew (sister). It will keep the memories of the family alive. The family was liked by all and there is a lesson for all of us in this tragedy,” Roy, a student leader, said.

In a note purportedly written by one Paul’s daughters on the night they allegedly committed suicide, she said her father was under extreme pressure to repay and frequent calls and visits by lenders drove the family to take the extreme step. Paul had taken the loans a year ago from about 30 people.

Roy said the deputy commissioner has asked them to submit a public representation so that he could push their request for a bank branch with appropriate authorities. “He was very keen to help. We will meet him in the next 3-4 days. We have also asked him to set up fire tenders, a hospital and public toilets for the Tulsibil market area,” Roy said.

The nearest bank is at Bhowraguri, around 7km from Tulshibil market having about 1,000 small and big shops, catering to the need of about 45 villages. The population of Tulshibil area is about 3,000.

Tulshibil Bebashaya Sanstha president Radhapadma Mahanta, 57, had told this newspaper that the demand for a bank branch is decades old.

“Had there been a bank, we feel Nirmal would have availed of the loans at a reasonable interest rate and not fallen into a debt trap forcing him to take the extreme step. We hope the authorities will take a fresh look at our demand to avert another tragedy,” Mahanta said.