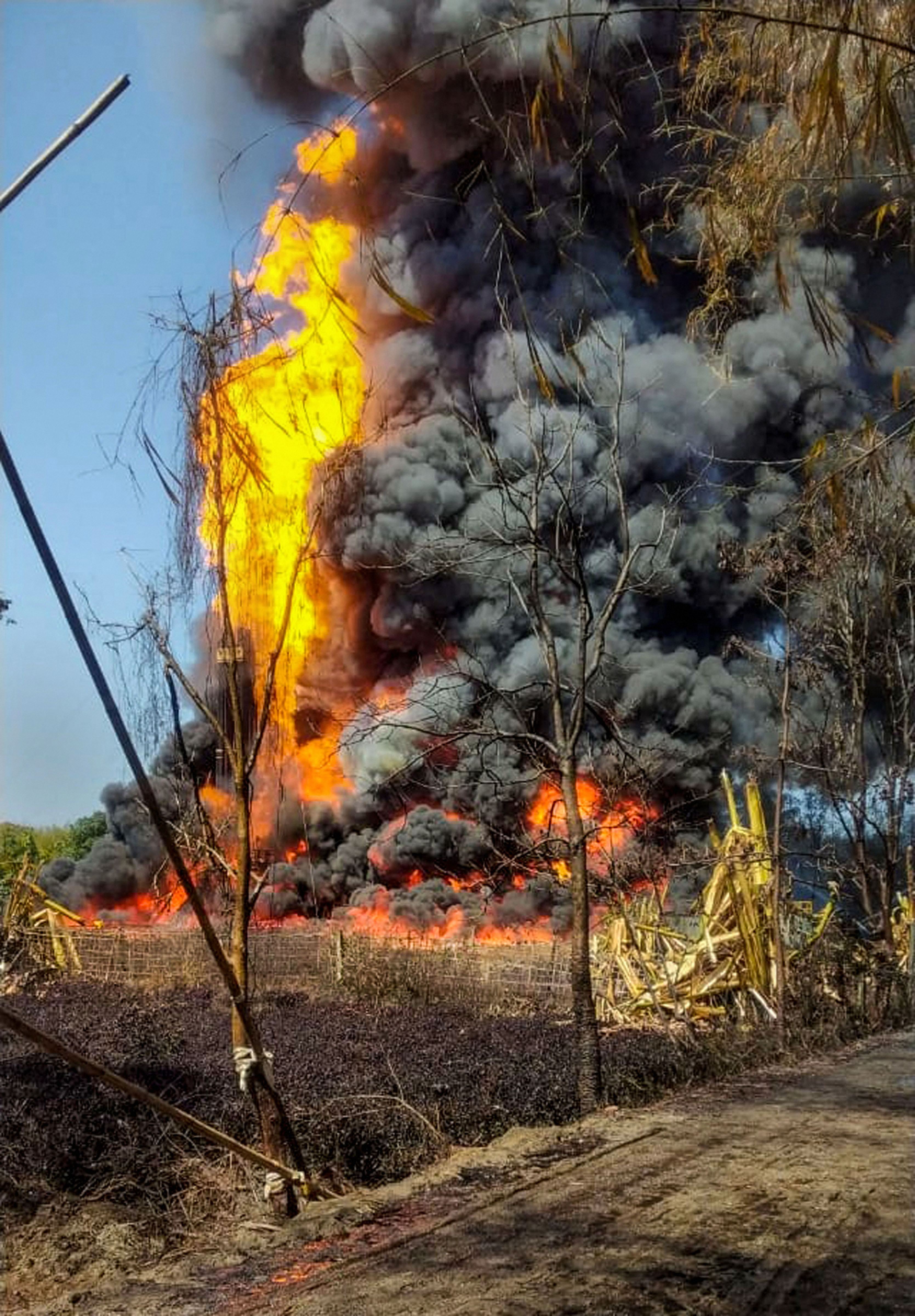 A massive fire engulfed the damaged Baghjan oil well on Tuesday, which has been spewing gas uncontrollably for the last 14 days in Assam's Tinsukia district, official sources said.

The blaze at the Oil India Ltd's oil well is so massive that it can be seen from a distance of more than two kilometres, eyewitnesses said.

Three experts from Singaporean firm Alert Disaster Control were at the blowout site and some equipment was being removed when the fire broke out in the afternoon.

A company spokesperson said no casualty or injury has been reported so far.

Firefighters have rushed to the the spot and efforts are on to douse it, officials said.

The cause of the fire is yet to be ascertained, they said.

In a series of tweets, the Chief Minister's Office said Sarabananda Sonowal spoke to Union petroleum minister Dharmendra Pradhan over the phone regarding the incident.

'The CM has already directed to deploy fire & emergency services, army and police officials at the site to control the situation. The CM also directed district admin to ensure safety of people and appealed to local people to not panic,' it said.

CM Shri @sarbanandsonwal spoke to Union Petroleum Minister Shri @dpradhanbjp over phone regarding incident of fire at the gas explosion site at the Baghjan oilfield, Tinsukia.

A major blowout happened at the oil well, next to the Dibru-Saikhowa National Park, following which gas started flowing out uncontrollably.

The district administration had evacuated thousands of people living nearby due to spouting of natural gas and condensate droplets.