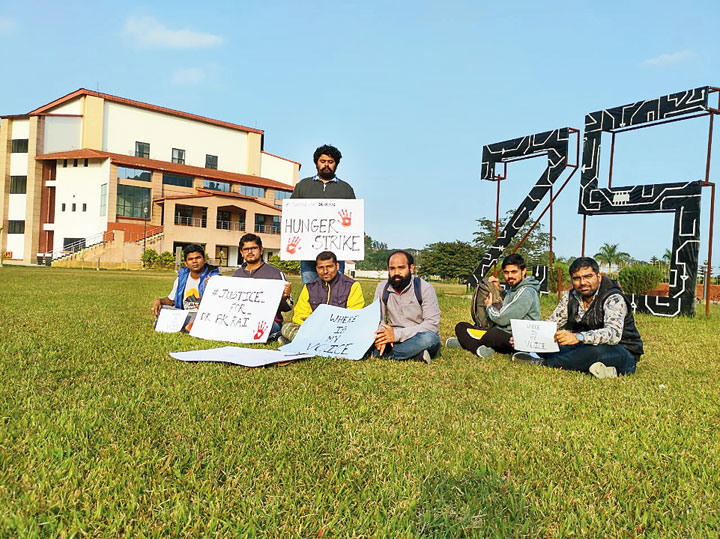 The IIT Guwahati board of governors has decided to compulsorily retire Brijesh Kumar Rai instead of dismissing him from service.

The institute on Saturday said several disciplinary proceedings had been initiated against Rai, an assistant professor in the department of electrical and electronics engineering, IIT Guwahati, on charges of multiple disciplinary violations since 2017.

A statement released by IIT Guwahati said it has recommended disciplinary action against Rai amounting to dismissal from service.

The institute said in the three cases, according to procedure, fact-finding committee reports were obtained, inquiry committees were set up and Rai was served charge-sheets and provided ample opportunities to defend himself.

“A high-level external independent committee was also set up to look into the complaints received against Rai. In all these cases, Rai was given fair opportunities to present his case personally before the board of governors and the high-level committee, but he failed to do so. The committees came to a unanimous conclusion and recommended disciplinary action against Rai amounting to dismissal from service. However, considering the future prospects of Rai and his career, the board of governors was considerate about his future and reduced the quantum of punishment to compulsory retirement instead of dismissal from service,” an IITG statement said.

The serious cases against Rai include manhandling and beating up of faculty members several times, dereliction of duty as reported by the head of the department of electrical and electronics engineering, wrongly accusing the institute and an external-funding agency, violating official procedure protocol, defaming the institute by posting messages on social media regularly, filing unnecessary RTIs and PILs that waste the time of the institute’s workforce, defaming the institute’s administrators and policies and giving interviews to the media in an unauthorised manner.

“False charges and allegations were levelled against me. In the name of inquiry, they have created a drama. I will challenge it in court,” Rai told The Telegraph. “I hold the BJP, RSS and ABVP responsible for my harassment and inaction on complaints of corruption. People like me feel cheated. There was no investigation and that is a fact.”

The institute said in a statement that Rai was defaming the institute at a time when it is continuously thriving to excel in teaching and research.