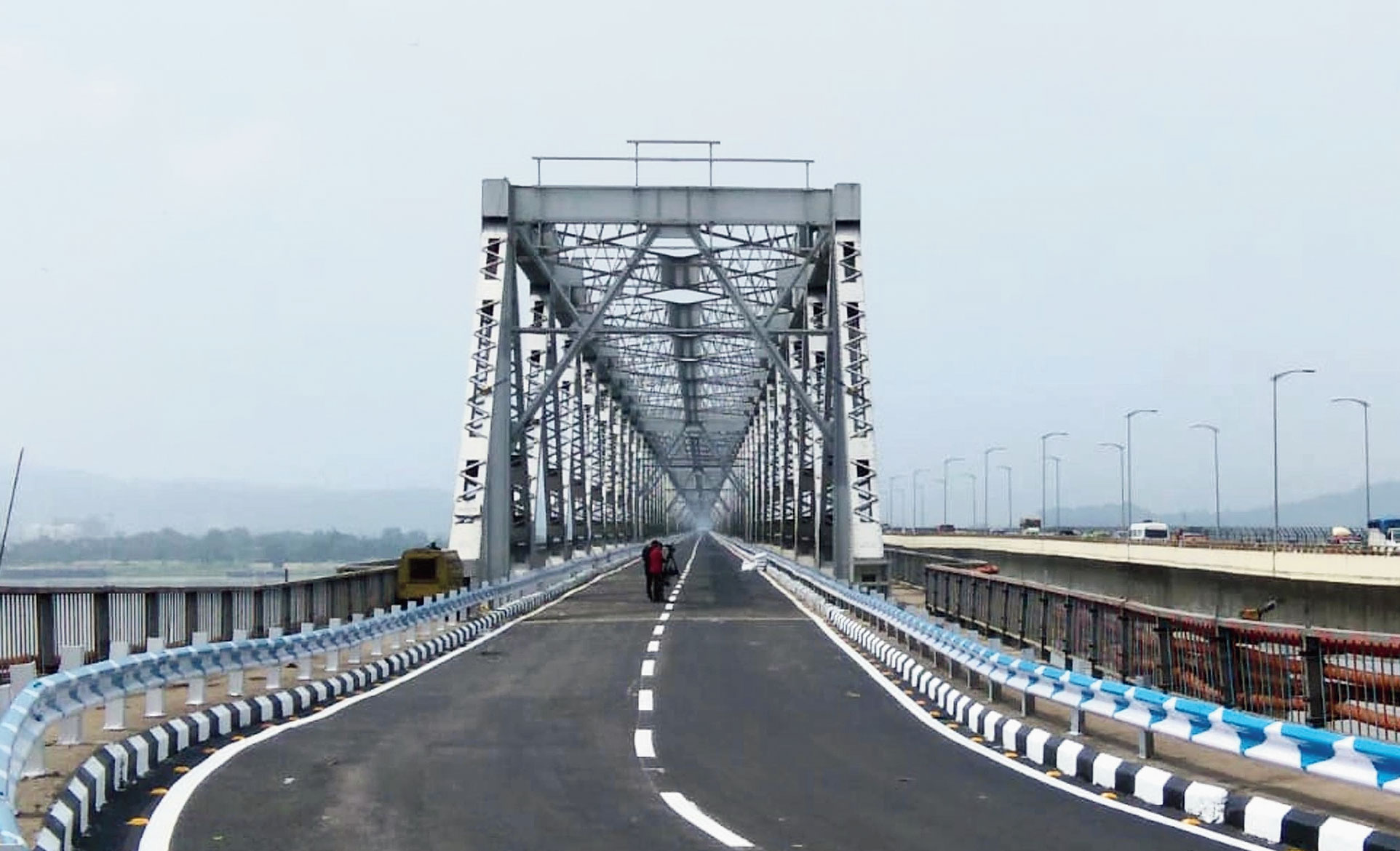 The old Saraighat rail-cum-road bridge over the Brahmaputra here was reopened to vehicles on Thursday afternoon, bringing much-needed relief to the commuters after 89 days.

The bridge, which needed repairs, was closed for general public and vehicular traffic from March 23, often resulting in congestion on either side of the bridge, especially during office hours, with bottlenecks lasting for over an hour. Vehicles plied on the second bridge adjacent to the old bridge till now.

Northeast Frontier Railway general manager Sanjive Roy told reporters that the bridge was repaired at a cost of Rs 9 crore.

“We are very happy that the bridge was repaired within the stipulated period as promised to chief minister Sarbananda Sonowal. Nearly 500 workers were pressed into service to carry out the technically challenging task of replacing 54 slabs on the upper deck along with replacement of 11 expansion joint slabs and expansion joints,” Roy said.

The methods adopted involved breaking down the concrete slabs, expansion joint slabs and removing the expansion joints. Around 75 workers were engaged every day to break the slabs and 45 workers for carrying away these pieces from the site and for cleaning.

The repair and replacement of the upper deck slabs was difficult owing to trains running on the lower deck.

Roy said thick heavy-duty semi-dense bituminous concrete was laid over the entire deck to facilitate movement of vehicles. To ease the bumps over the expansion joints and to make driving comfortable, thick aluminium plates were laid under the concrete.

Road markings, painting of sidebeams and railings has been done to aid drivers.

The bridge was repaired for the first time since it was opened in June 7, 1963. NFR officials said it would not require any more repairs for several years.