EC show cause to Himanta for violating model code of conduct 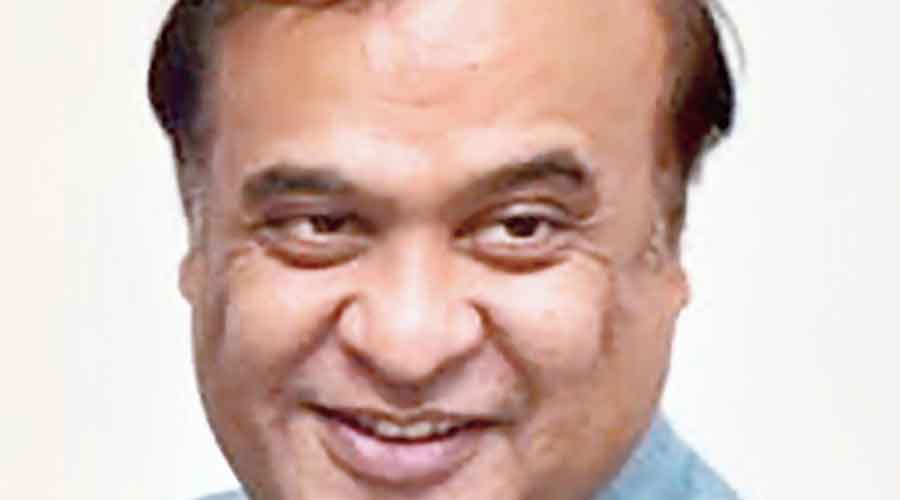 The Election Commission (EC) has showcaused Assam chief minister Himanta Biswa Sarma for allegedly violating the poll panel’s model code of conduct while campaigning for the October 30 bypolls in the state.

Acting on complaints by Congress leaders — leader of the Opposition Debabrata Saikia and Assam PCC president Bhupen Kumar Borah — filed on October 22 and 23 respectively along with videos and news clippings accusing Sarma of violating the model code of conduct, the commission issued the showcause notice to the chief minister on Monday to explain his position by 5pm on Tuesday.

“If no explanation is submitted within the said time limit, the Commission shall take a decision without any further reference to you,” the notice said.

An official in the office of the chief electoral officer, Assam, said the chief minister responded to the EC notice around 4pm but details were not revealed.

In the showcause notice, the commission said after “going through the English transcripts of your speeches, received from concerned District Election Officers through Chief Electoral Officer, Assam, it is ‘confirmed’ that you have made ‘promises and announcements’ while addressing the gatherings at various places in the constituencies going to the polls”.

In the notice, the panel cited the announcements/statements of the chief minister made on October 8, 20, 21 and 22 in Bhawanipur, Thowra and Mariani constituencies which it said “ violated” provisions of its model code of conduct.

The poll panel said that from the time elections are announced by the commission, ministers and other authorities “shall not” announce any financial grants in any form or promises thereof; or make “any promise” of construction of roads, provision of drinking water facilities, etc. The panel had announced the date for the bypolls on September 28.

The notice also cited the commission’s instruction dated January 7, 2007, stating that “announcement of new projects or programmes or concessions or financial grants in any form or promises thereof or laying of foundation, etc, which have the effect of influencing the voters in favour of the party in power is prohibited”.

Bypolls will be held for five Assembly seats on October 30.

The by-elections were necessitated because MLAs of Gossaigaon and Tamulpur belonging to the Bodoland People’s Front (BPF) and United People’s Party Liberal (UPPL) respectively, died of Covid, while the legislators of Bhawanipur (AIUDF), Thowra and Mariani, both from the Congress, resigned to join the ruling BJP.

The Congress welcomed the poll panel taking “cognisance” of the “violations” by the chief minister while reiterating its demand to bar Sarma from campaigning further in the bypolls.

A statement issued by the Assam PCC media department chairperson Bobbeeta Sharma said that Sarma gives an impression that those in power are “not accountable” to anybody.

The statement said: “Since it is evident through the proof of the video clippings that the Honourable CM has violated the model code of conduct, the EC should not wait for a response by giving a showcause. On the basis of the audio-visual evidence Dr Sarma should be immediately barred from further campaigning...”

The result of the bypolls is unlikely to impact the government because the ruling BJP (59) and its allies UPPL (5) and AGP (9) have presently a combined strength of 73 MLAs in a House of 125 members after BJP MLA Sarbananda Sonowal resigned the day the bypolls were announced.