Jojo is wanted by Golaghat police in connection with the death of Sanjeeb Goswami, 25, from an alleged drug overdose on June 9 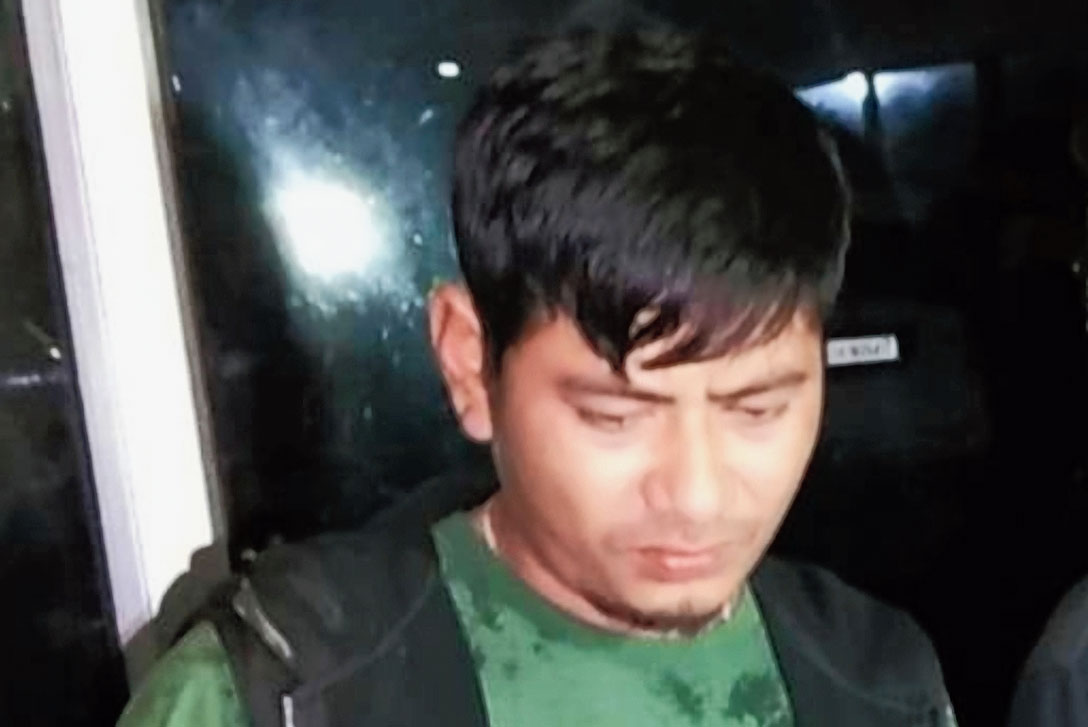 After absconding for four days, Jojo appeared in court disguised as a woman.

He filed a surrender petition in the CJM court after which he was sent to judicial custody till June 24.

Jojo is wanted by Golaghat police in connection with the death of Sanjeeb Goswami, 25, from an alleged drug overdose on June 9.

Sanjeeb was a resident of Chandmari area in Golaghat town. Family sources said he was in rehabilitation in Guwahati for the past three months.

Sanjeeb’s mother Runu Goswami had lodged an FIR against Jojo, his wife Bharati Gogoi and brother Akoni Gogoi for allegedly murdering her son.

The police have already arrested Akoni, 30, and Bharati, 24, and sent them to judicial custody.

A mass protest rally was also held demanding stringent action against the drug cartel in the district.

The rally, organised by Golaghat Media Forum, was joined by representatives of various student, social and women’s organisations. Addressing the gathering, superintendent of police Pushpraj Singh asked the protesters for cooperation so that they can wipe out the drug cartel.

He also urged the parents to keep watch on their wards so that they don’t fall into the trap of drug peddlers.

A memorandum was also sent to Assam chief minister Sarbananda Sonowal to amend the existing anti-drug laws with provision for severe punishment.