The state had opened its borders with six other northeastern states on Sunday, allowing the stranded to return home 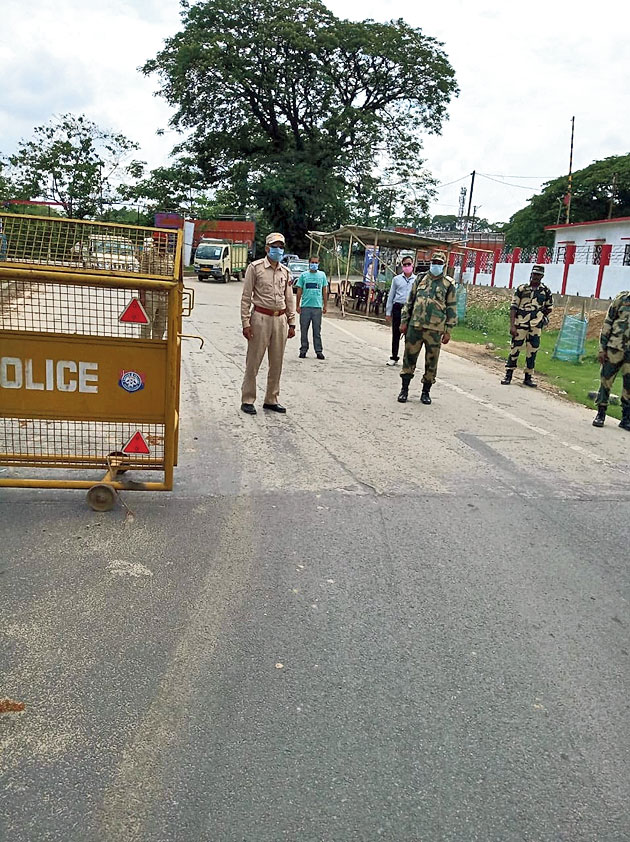 The steep rise in Covid-19 cases in Tripura has forced Assam to restrict the inflow of its citizens stranded in the neighbouring state.

Immediately after Tripura’s Covid count shot up to 64 on Wednesday evening, the authorities in adjacent Karimganj decided to “limit” the south Assam district’s borders for those returning to Assam from Tripura.

Karimganj superintendent of police Kumar Sanjit Krishna told The Telegraph, “Immediately after the cases in Tripura went up, the district authorities decided to regulate the incoming of stranded people into Assam from Tripura. From now, only migrant workers coming via official channels and vehicles will be allowed to enter Assam after proper medical screening.”

Assam had opened its borders with six other northeastern states on Sunday, allowing the stranded in these states to return home. Hundreds have returned since. Krishna said about 250 people from Tripura have already entered Assam via Karimganj, been screened and sent to quarantine.

Health minister Himanta Biswa Sarma said, “The state government had allowed the incoming of the stranded from the northeastern states as all of these states are in green zones. Now the scene in Tripura has changed.” He said the state police, nodal agency for facilitating incoming of stranded people, have issued 375 passes, allowing 2,056 passengers to already enter Assam. Another 540 passes are under process, he added.