Party open to alliance with AGP, which has pulled out of BJP coalition over citizen bill 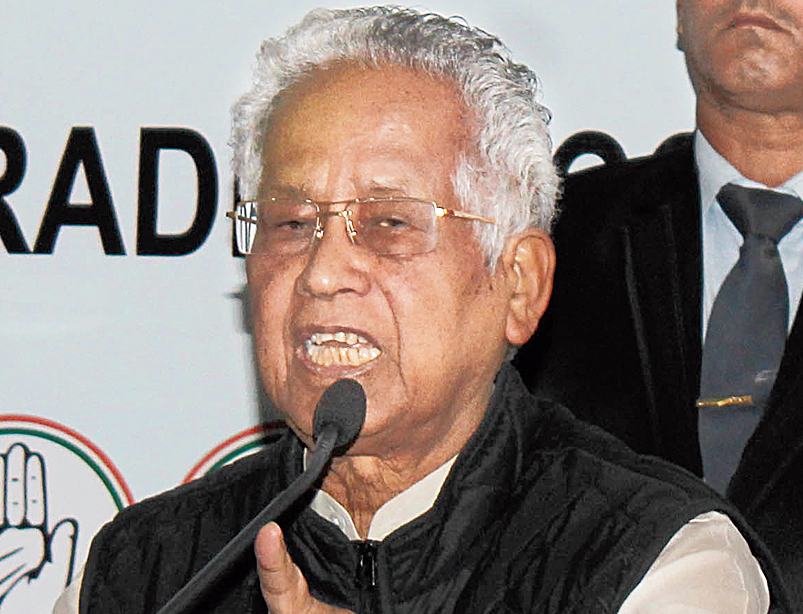 Former Assam chief minister Tarun Gogoi on Monday said the Congress party’s doors were open to a pre-poll alliance in the Lok Sabha elections, including the AGP.

Gogoi was replying to reporters at Rajiv Bhawan on whether it would ally with the AGP, which on January 7 pulled out of the BJP-led alliance government in Assam, opposing the Citizenship (Amendment) Bill, 2019.

“To save Assam and the Northeast, it has become essential to defeat the BJP not only here, but at the Centre as well. Hence, the Congress has opened its doors to those against the BJP. We will provide complete support to them,” said Gogoi at a press conference with Assam PCC president Ripun Bora.

On an alliance with the AGP, Gogoi said, “The doors are open for them also.”

Reports of a possible alliance between the AGP and the Congress have been doing the rounds since last week.

Congress sources said it would be impossible for the AGP to return to the BJP because of its pro-bill stand.

The Congress had not only gone out against the bill both outside and inside Parliament but had also met civil society organisations, including the All Assam Students’ Union, to reassure them of its support.

“Despite the Modi wave, the BJP needed the support of the AGP and smaller groups to win the Assembly polls in 2016. People may be upset with the BJP but that does not mean that it will go with the Congress. An alliance should be a win-win situation for both but it will take some doing on the part of leaderships of both parties,” a Congress insider said. However, senior Congress leaders said there will be no truck with the AIUDF.

PCC sources said the fate of a possible alliance would be figured out on February 26 when Congress president Rahul Gandhi will visit Assam.

“Rahul Gandhi is expected to meet all the stakeholders who had actively participated in the protests against the bill and there is a chance that he will also meet the AGP leaders,” said the source.

Bora said, “Rahul Gandhi will hold a meeting with all the United Progressive Alliance parties in Assam and Northeast and the leaders of all the Opposition parties.”

On a possible alliance with the Congress, AGP president Atul Bora said, “There is no such decision. The AGP executive is meeting on Wednesday where we will discuss issues related to the ensuing Lok Sabha polls and how to march ahead.” In the 2016 Assembly polls, the AGP won 14 seats, in alliance with the BJP.