Boxing, cricket or weightlifting, Northeast had a field day

Boxers from Assam and Manipur continued their good run, while a young sporting prodigy from Mizoram set a world record 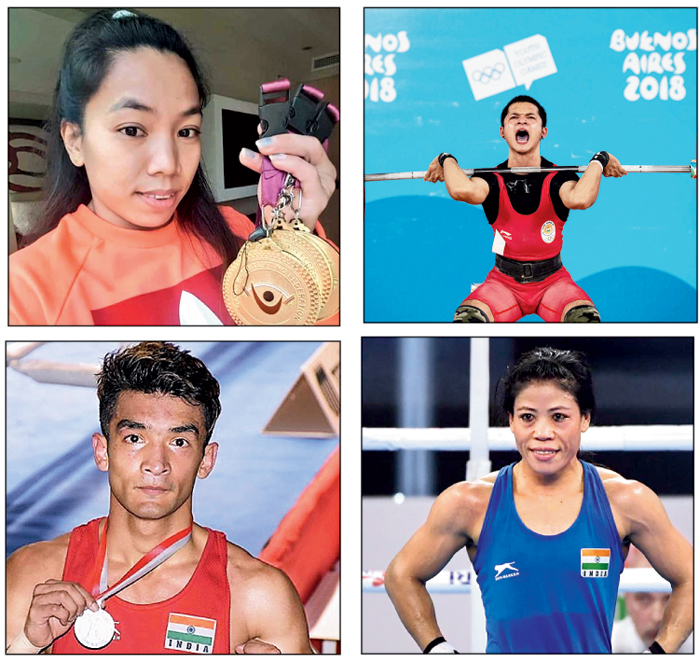 The sports scene in the Northeast witnessed a number of high points — starting from boxing to weightlifting.

Boxers from Assam and Manipur continued their good run, while a young sporting prodigy from Mizoram set a world record.

Seventeen-year-old weightlifter Jeremy Lalrinnunga of Mizoram went on a record-breaking spree, setting three world marks, on the way to a silver in the men’s 67kg category in sixth Qatar International Cup in Doha recently.

He bettered his own Youth World and Asian record in snatch, clean and jerk and total lift with an effort of 306kg (140kg+166kg) to win the silver medal. Jeremy broke altogether 27 records in national and international marks.

Lalrinnunga is being touted as the next big thing in Indian sport and is someone to look out for in 2020.

The record six-time world champion won a gold in the 2nd India Open Boxing here in May.

To end the year, the 36-year-old pugilist booked her berth in Team India defeating gritty opponent Nikhat Zareen for the Olympic qualifiers to be held in China.

Thapa had one of the best years in recent times with back-to-back medals in international meets.

He started the year with a bronze at the Asian Amateur Boxing Championships in Thailand in April, becoming the first Indian to win four medals in the Asian championship.

He rose to the occasion and was adjudged the best male boxer in the India Open here and won a gold.

Lovlina, besides qualifying for the Olympic qualifiers, has won her second back-to-back bronze in the world championships this year.

She also won a silver in the India Open.

Jamuna also won a bronze in the world championships besides a gold in India Open.

Bhagyabati won gold in India Open and later a gold in the nationals.

Assam’s golden girl Hima Das, who failed to perform in major events, won six gold medals during her training stint in Europe though.

The 19-year-old Dhing Express pulled out of the Asian Championships without finishing her first 400metre sprint.

She was named in the World Championships team but was dropped at the last minute by the Athletics Federation of India due to injury issues.

In football, Tiddim Road Athletic Union (TRAU) of Manipur became the latest from the region to play in I-League, the oldest official football league of AIFF, while Shillong Lajong FC got relegated from it.

North East United FC, who made it to their maiden playoffs in the Indian Super League, had a semi-final exit in the 2018-19 season, before they inked their biggest ever signings in Ghanaian World Cupper Asamoah Gyan as marquee player and Croatian World Cup bronze winner Robert Jarni as head coach for the current season.

In cricket, Assam produced a second in Riyan Parag, after Abu Nechim Ahmed, to feature in Indian Premier League where he wielded the willow for Rajasthan Royals to impress millions of the country’s most popular game’s fans and got retained for another season.

Assam also hosted the first women’s T20 internationals at ACA Stadium here between India and England in March where the visitors clean-swept the three-match series.

On the other hand, new cricket playing states Meghalaya, Manipur and Nagaland have sprung some surprises in the current Ranji Trophy and BCCI age-group tournaments.

Chanu won gold with an effort of 194kg in the Olympic qualifying event, the points from which will come in handy when the final rankings for Tokyo 2020 cut are done.

Earlier in July, she won a gold medal at the Commonwealth Weightlifting Championship in Samoa.