In the 2013 panchayat elections, held under a Congress government the Congress had won the maximum number of seats 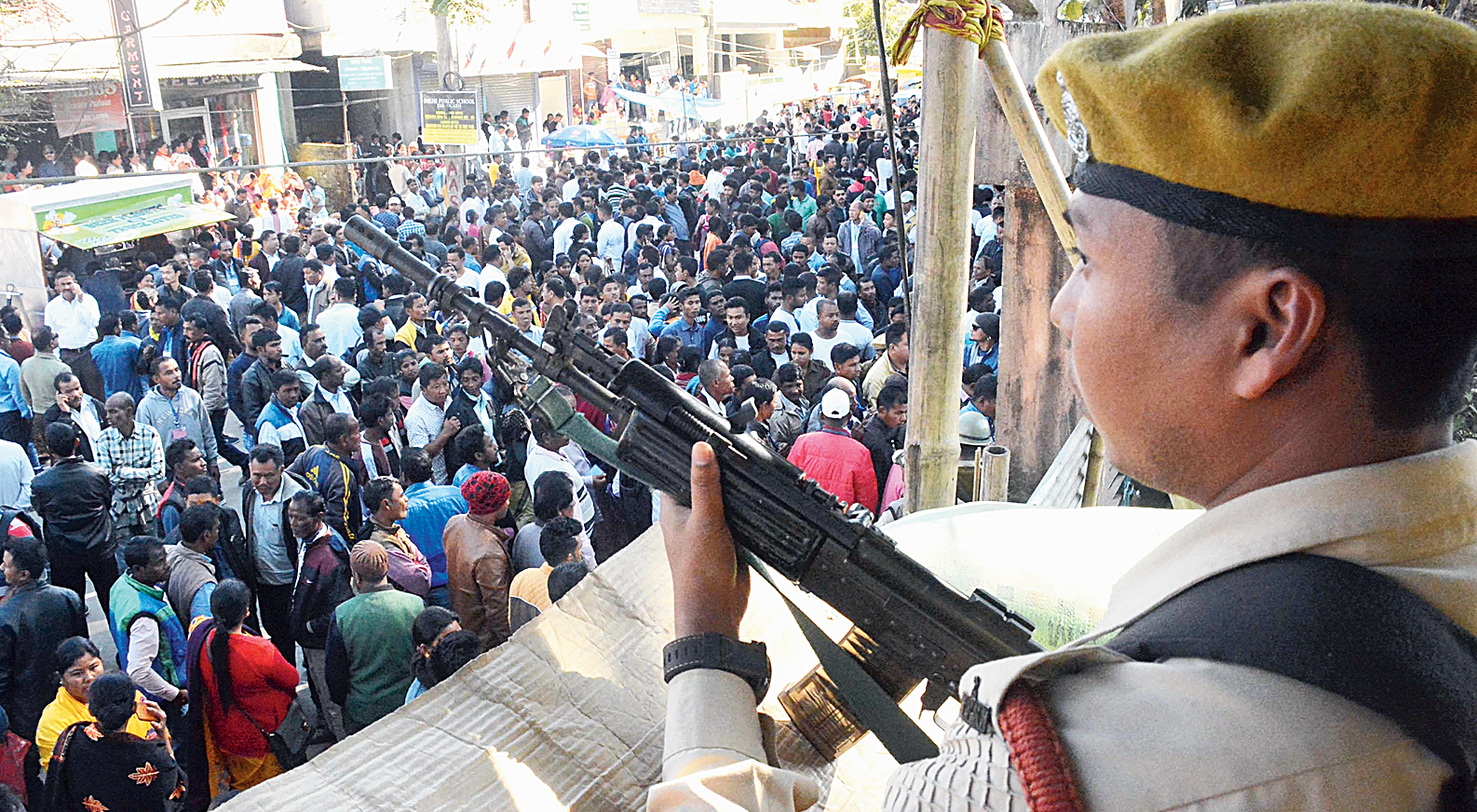 A policeman keeps vigil at a panchayat poll counting centre in Dibrugarh on Wednesday as supporters of various parties gather outside.
Picture by UB Photos
Our Bureau   |   Guwahati   |   Published 12.12.18, 08:43 PM

The ruling BJP took a significant lead as counting of votes for panchayat election in Assam got under way on Wednesday morning.

He said counting would continue throughout the night and the final result is expected by Thursday afternoon.

BJP spokesperson Rupam Goswami said the trend shows that the people of the state still have full faith on the Sarbananda Sonowal government. In the last panchayat poll in Assam in 2013, that was held under the previous Congress government, the Congress had won the maximum number of seats.

Bora said counting of votes was going on smoothly but there was commotion outside a couple of counting centres because of a huge gathering of people.

Voting for the panchayat poll was held in two phases on December 5 and 9, which recorded an overall voter turnout of 82 per cent. Repolling was held in 95 booths, including 16 in Karimganj district on Wednesday which passed off peacefully and registered over 65 per cent voting. Repoll in these 16 booths could not be held along with 23 others in the district on Tuesday because of non-printing of ballot papers. Police, however, had to resort to mild lathicharge in front of MMC Girls’ School in Karimganj, where counting is on, to disperse “unruly” supporters of candidates who were protesting against delay in start of counting.

In Hailakandi district, of the 11 ZPM seats, the AIUDF, the BJP and the AGP were leading in five, four and two respectively. The BJP has won 29 GPMs, six GPPs and seven APMs while the Congress has won one each in APM and GPP seats. Independents have won 95 GPM, four GPP and two APM seats.