The university authorities on Wednesday suspended all classes till Saturday 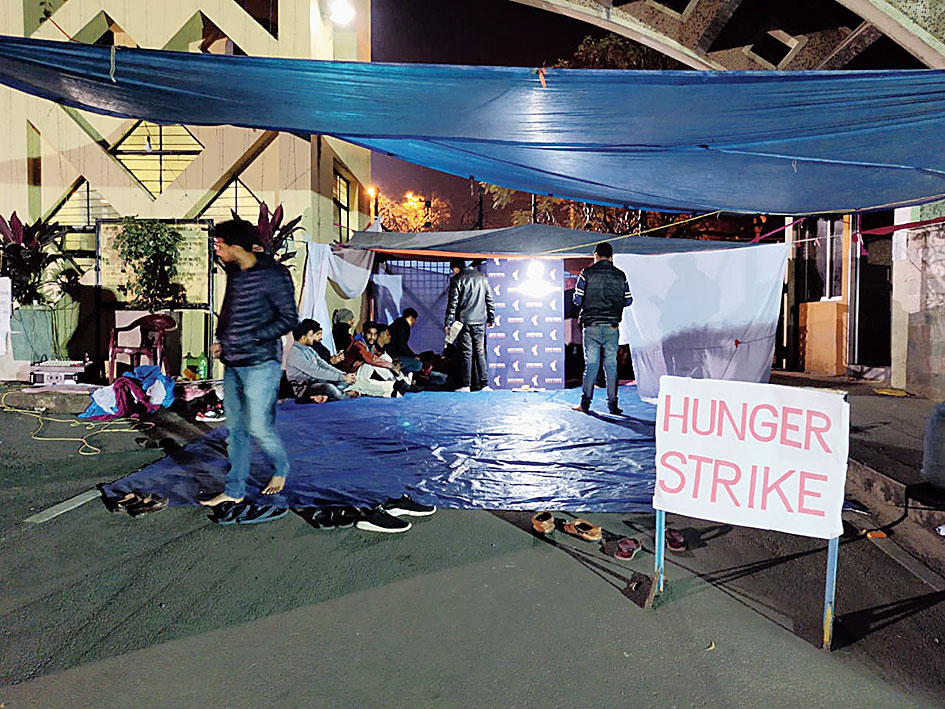 The striking students of Assam University on Friday rejected the offer of talks with the authorities.

Assam University Students’ Union president Biswarup Bhattacharjee said they will continue the hunger strike and agitation till their demands are fulfilled. The students are on strike from Monday demanding the resignation of vice-chancellor Dilip Kumar Nath and withdrawal of the rustication order and FIR against research scholar Milan Das, of the department of ecology and environment sciences.

Das was rusticated for two years by the university authorities on Saturday for his alleged unlawful activities. His entry in the university was also banned and an FIR lodged against him. Das was not available for his reaction.

Bhattacharjee said Nath has totally failed to manage the affairs of the university owing to his “inefficiency”. He said the university authorities offered to talk with them at a place outside the campus. He said, “We will discuss only after withdrawal of the rustication order and FIR.”

The university authorities on Wednesday suspended all classes till Saturday.

Vice-chancellor Nath is on leave.