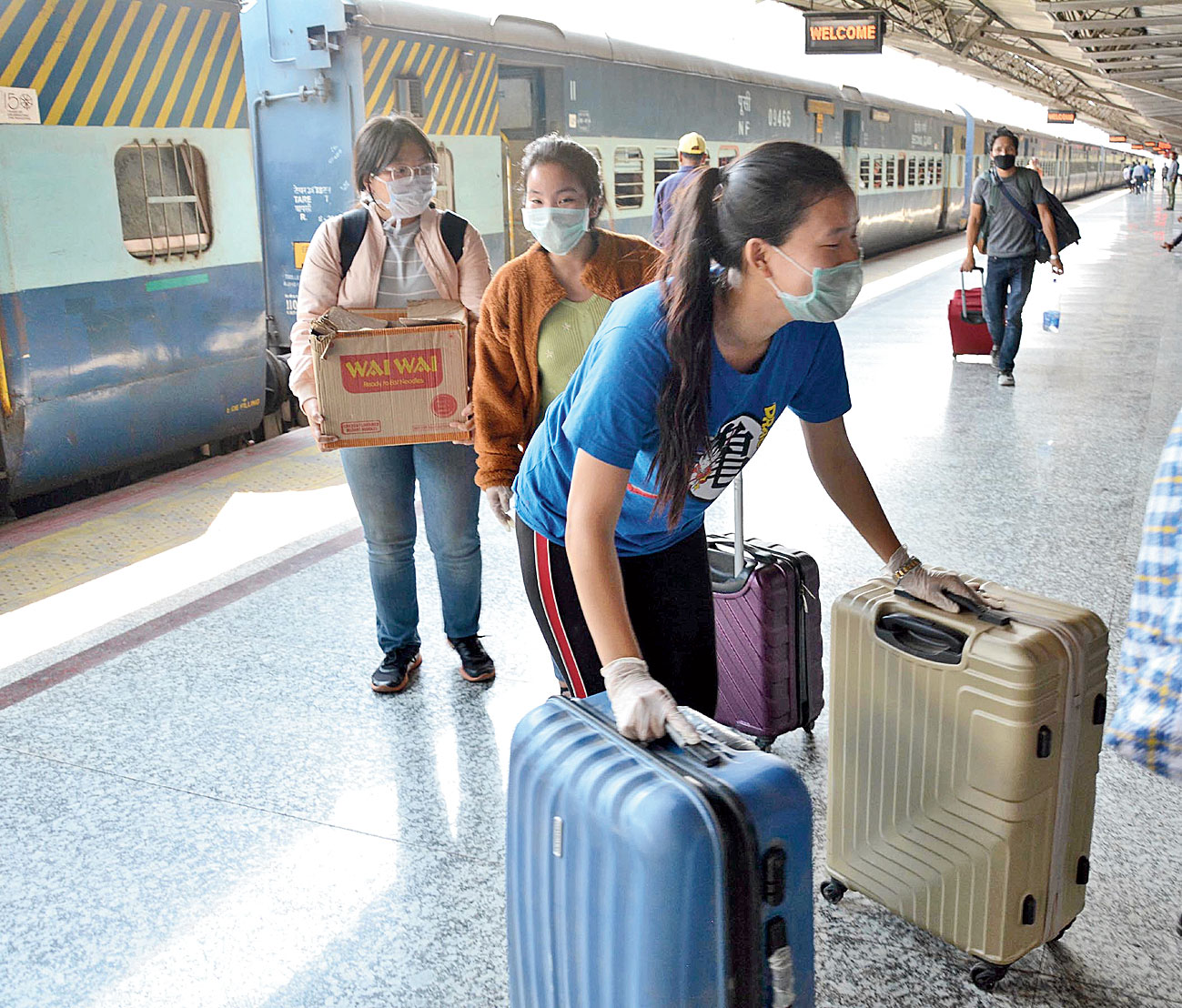 Dispur will remain out of bounds for visitors at least till March 31.

A day after the Assam government passed an order restricting entry of a maximum of 100 visitors per day, Dispur on Wednesday imposed a blanket ban on entry of visitors.

No visitors’ passes, including e-passes, will be issued till March 31.

“In view of the spread of coronavirus in the country, it is necessary to restrict gathering in public places and office premises. Therefore, considering all other aspects and as a preventive measure, the secretariat administration department has decided that no visitor passes, including e-passes, will be issued till March 31 at the Janata Bhawan,” said a government statement on Wednesday.

Minister of state for health Pijush Hazarika was seen waiting at the secretariat gate on Wednesday pleading with visitors not to visit the complex as a precautionary measure against spread of coronavirus. No coronavirus case has been reported so far in the state.

Altogether 634 travellers from Covid-19 affected countries have been identified and of them, 152 passengers completed observation period for 28 days and the remaining 482 are under home isolation in the state.

State health minister Himanta Biswa Sarma also reviewed the precautionary measures being taken at Guwahati airport. “Assam has put in place finest precautionary measures at the airport to screen passengers for #CoronaVirus. Along with officials, inspected the Guwahati Airport facilities including body scanners in place, today. This is being done for safety of all & I solicit your cooperation,” Sarma tweeted later.

Liquor shops closed: According to the directions of Assam excise minister Parimal Suklabaidya, the excise commissionerate also ordered closure of all IMFL shops (bar) licences till March 31. The Kamrup (metro) administration will depute magistrates to supervise screening of passengers at railway stations and Guwahati airport.

All city parks have been closed till March 31.

In Silchar, a Bangalore-returned Hailakandi youth was sent to home quarantine for 14 days.

The youth of Baruncherra village was admitted to the isolation ward of Silchar Medical College and Hospital with symptoms of suspected coronavirus. He was intercepted at Badarpur railway station en route to Hailakandi from Bangalore.

Joint director, health services, Hailakandi, Dr Ramesh Chandra Dwivedy, said he has been informed by district surveillance officer of Cachar, Dr Ajit Bhattacharjee, that the person from Hailakandi has no symptoms of coronavirus.

Markets, roads and rivers are being cleaned by municipal workers.

Spraying of DDT is being done in market places with clearing of garbage at regular intervals. Another Bangalore-returned youth was admitted to Mohanpur hospital in Hailakandi district on Wednesday but tested negative, said Dwivedy.

However, several banks and hospitals in Upper Assam’s Golaghat district are not following the specified precautionary measures against Covid-19.

Large crowds were seen at State Bank of India (SBI), Dergaon branch, community health centre (CHC) and Dergaon, circle office. But there was no sanitiser to be seen. Nandita Dutta, the chief manager of SBI Dergaon, said sanitiser will be provided from tomorrow. she said.

The deputy superintendent of the Dergaon community health centre, Dr Chiranjib Lochan Gogoi, said no sanitiser was used in the hospital as it was not available in the market. “Washing of hands with soap will be arranged from tomorrow,” he said.

The Golaghat district administration, under the direct supervision of deputy commissioner Bibhash Ch. Modi, conducted a special eviction and cleanliness drive on Wednesday.