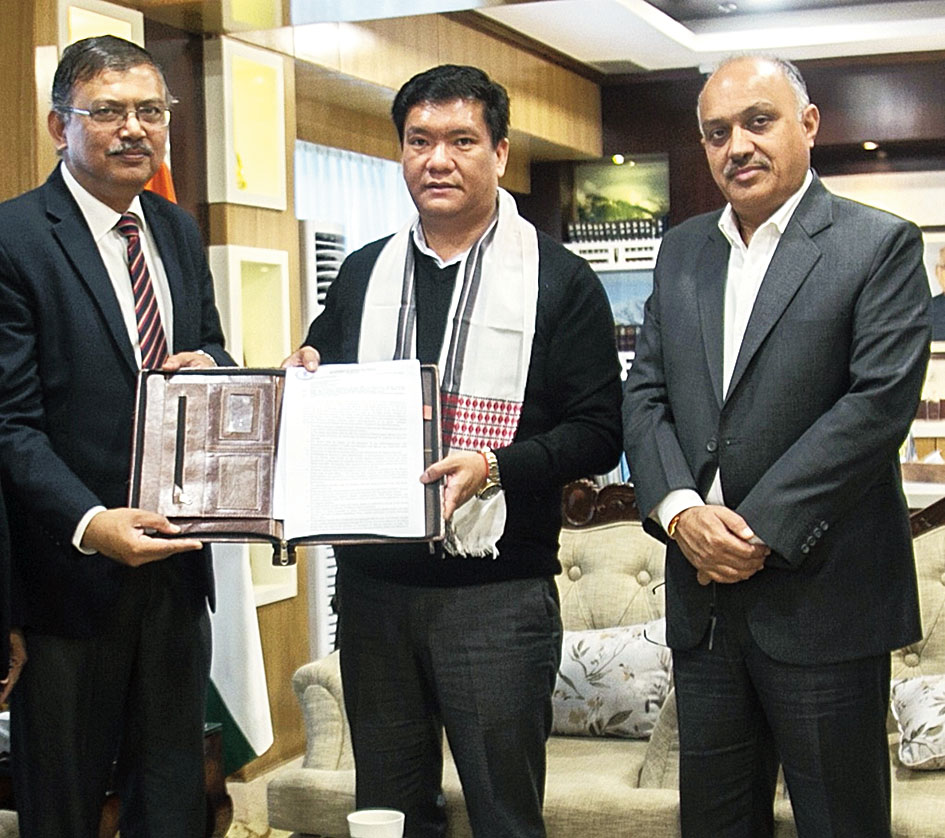 In a meeting with the chief minister last September, OIL officials had urged the state government for early issuance of forest clearances to the identified blocks so that environment clearance could be obtained from the Centre to begin survey and exploration.

Wishing OIL the best, Khandu requested the public sector undertaking (PSU) to keep in loop with the local administration during exploration, which includes explosions, so that people in the vicinity can be intimated in advance besides putting in place precautionary measures.

He also suggested that the PSU may adopt public utility facilities like roads, which are exclusively used by the company. This, he said, would facilitate better cooperation and support from the local populace. Khandu also urged for providing services to the locals through the PSU’s corporate social responsibility activities.

The chief minister said a part of the royalties received through such projects should be utilised on development and welfare of the local people. He asked chief secretary Naresh Kumar, who attended the meeting, to ensure this by putting in a place a robust mechanism.

“Local people should get first preference on the benefits from the project,” he added.

The grant of licences for these blocks would lead to significant increase in exploration and production activities in the oil sector in Arunachal Pradesh.

In the long run, discoveries from these blocks would enhance domestic production of petroleum and reduce India’s import dependence.

The directorate general of hydrocarbon, ministry of petroleum and natural gas had conducted bidding of exploration blocks from January 19 to May 2 last year.

Under the bidding process, OIL bagged nine blocks, seven of which fall in Arunachal.

An OIL official said a detailed project report on the proposed pipeline from Kumchai (Kharsang) in Arunachal to OIL’s Duliajan station in Assam for transportation of natural gas has been submitted to the state government.

The proposed cross-country pipeline will cover 60km, of which 18.85km will be within the Arunachal territory.

Once it starts commissioning, natural gas can be put to commercial use.