Till Monday, 114 unemployed youths have registered at the exchange 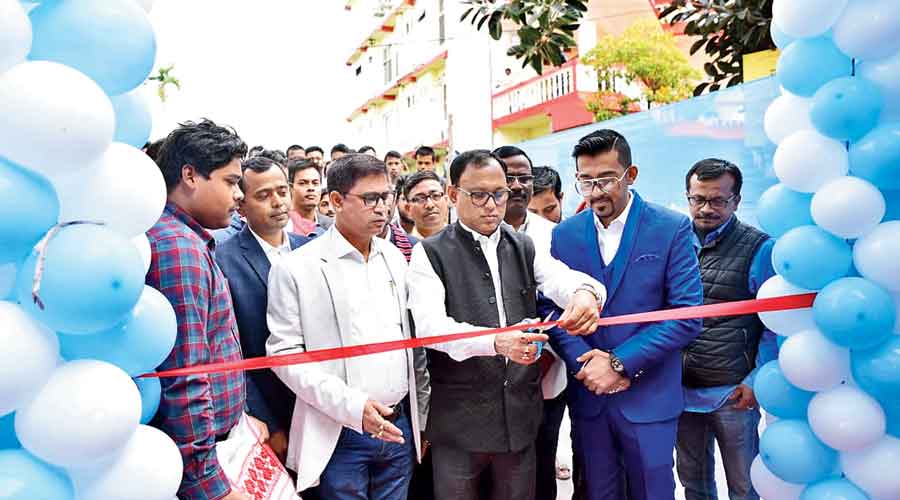 The All Assam Students’ Union (AASU) has entered a government domain by launching a private employment exchange in Jorhat, the first such initiative in the state.

Till Monday, 114 unemployed youths have registered at the exchange.

“We will help provide 100 per cent placement to indigenous, efficient and unemployed youth at very reasonable fees. We will be signing memoranda of understanding with private companies very soon,” Jorhat AASU unit president Bijoy S. Bordoloi told The Telegraph.

Employment exchanges are usually run by the government to help the educated unemployed find jobs for free, while private firms run placement centres or consultancies for a fee.

The AASU Jorhat unit launched the employment exchange, in collaboration with the district unit of the Asom Sena and the Guidance Information-cum-Consultancy Centre (GICC), at Solicitor Road on December 18.

AASU president Dipanka Nath inaugurated the exchange and said similar centres will be launched across the state. “Tinsukia and Dibrugarh are next in line,” he said.

The timing of the launch has, however, raised eyebrows since it comes just months ahead of the Assembly polls amid the AASU’s assertion that it does not want the BJP-led state government to continue.

The union has accused the state government for allegedly failing to protect Assam’s interests, a reason why the student organisation along with Asom Jatiyatabadi Yuba Chatra Parishad (AJYCP) backed the formation of the Assam Jatiya Parishad, a regional outfit.

Most see the launch of the private employment exchange as an attempt to reach out to the youth by helping them find gainful employment in an economy hit hard by the Covid-19 pandemic. 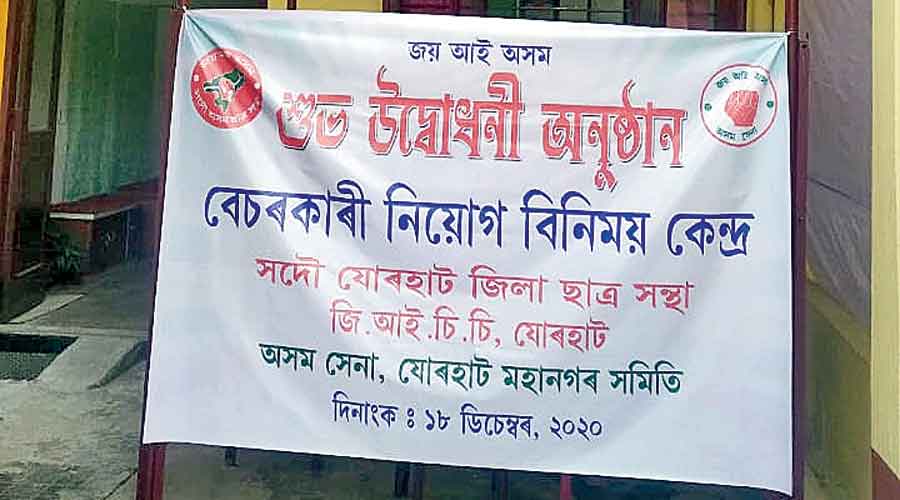 In September 2019, the state had over 17 lakh educated unemployed, which has risen to about 27 lakh in wake of the pandemic, according to a government agency.

The BJP had attracted the youth in the last Assembly and general elections but the ruling party may find it hard to retain them with rising unemployment numbers.

Initiatives such as the AASU’s employment exchange will only remind them of the government’s apparent inability to deliver, most say.

The setting up of the exchange has been influenced by Clause 6 of the 1985 Assam Accord which envisages 100 per cent employment of local residents in Group C and D jobs in the private sector, Nath said.

“Since Assam has an unemployment issue and the government has not been able to help resolve it despite Clause 6 of the Assam Accord, we decided to launch the exchange. We will ensure that our boys and girls get 100 per cent jobs in the private sector,” Nath said.

The AASU will not only help job-seekers with their placements but will also provide assistance on counselling and training.

According to Bordoloi, they will be charging processing fees of Rs 200 so that they can run the exchange smoothly.

“We have employed three persons to run the exchange. We are not charging anything now. Once somebody gets a placement, we will request them to give Rs 1,000 to Rs 1,500 to the exchange.

“We may also charge a nominal fee later to make the exchange self-sustaining.

This is a not-for-profit venture unlike private placement agencies or consultancies which charge exorbitant amounts. We hope to make a positive intervention,” Bordoloi said.