"It does not matter whether Hajela stays here or not,” AASU general secretary Lurin Jyoti Gogoi said 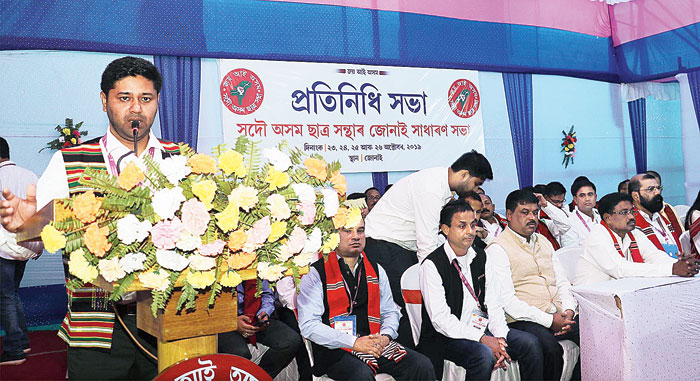 All Assam Students’ Union (AASU) on Friday said they are only concerned about getting an error-free National Register of Citizens (NRC) and not about the transfer of NRC Assam state coordinator Prateek Hajela.

“We are only concerned about getting an error-free NRC. It does not matter whether Hajela stays here or not,” AASU general secretary Lurin Jyoti Gogoi said.

The comment has come a day after the Centre approached the Supreme Court seeking more time to release Hajela. According to the court’s order, Hajela was supposed to be transferred to Madhya Pradesh by Friday.

“We order for the inter-cadre transfer of Mr Hajela to the state of Madhya Pradesh on deputation for the maximum period permissible under the relevant rules/regulations,” said the top court on October 18, giving only a week to the government for its implementation.

However, sources said the Centre on Thursday approached the Supreme Court seeking more time to complete the formalities regarding Hajela’s transfer. It told the court that the government has taken steps to transfer Hajela but the process would take some time.

Sources in Dispur said the state government is now waiting for the court’s decision on the Centre’s affidavit. “No file has been moved as of now in the personal department,” the source said.

There have been reports that the Supreme Court ordered Hajela’s transfer because of “security reasons”. However, the court order did not mention any reason.

Former Assam chief minister Tarun Gogoi had earlier advised the Assam government to approach the Supreme Court seeking more time to release Hajela. He even blamed the court for asking the government to transfer Hajela within such a short notice.