A step for kids education from underprivileged backgrounds 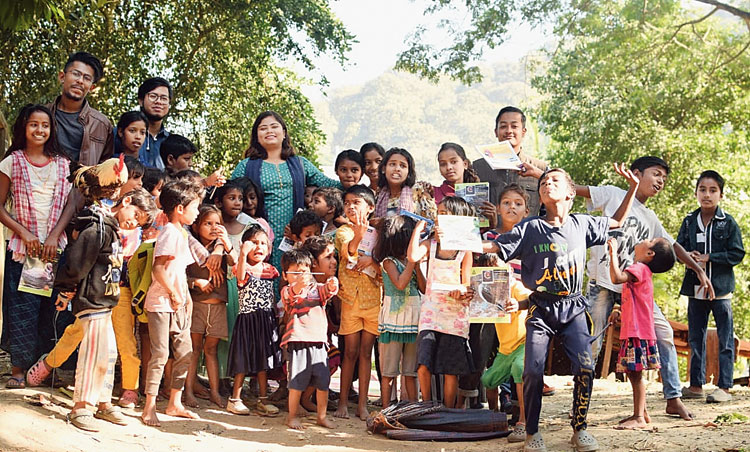 She started the initiative in January 2019 and now has a team of eight persons.

Julie, a student of Gauhati University, said it was not easy to convince the kids’ parents but she began drawing in the children with activity-based learning like quiz and art competitions.

“I started Chakshu because I felt the urgency to educate children from the slums in the right way. Most of their parents rely on government schools but the quality of education in such schools is poor and the student-teacher ratio is unrealistic. Government schools rarely organise activities so students are least interested in going to school. I gave them a reason to come to Chakshu with dance, art and quiz competitions. I feel this will help in building their interest towards education and keeping it intact,” she told The Telegraph.

Julie said she spends two to three hours with the children after attending her classes and over 60 children have benefited so far. “I am pursuing my masters and teaching students from the slums. Giving them the right education will shape a better society,” she said.

Julie said the condition of kids from slums is grim and she is striving to change that.

“Being an orphan, I never got the attention that a child deserves. So now I make sure that my students get adequate attention,” she said.

“When I went to the slums, I found that at least 17-18 children were not attending school, primarily due financial problems. Now the numbers have come down to three to four,” she added. According to data tabled in the Rajya Sabha by Union human resource development minister Ramesh Pokhriyal on February 6, Assam topped the school dropout rate list for primary and secondary classes in the country.

On the difficulties she faced to convince the children to join her, Julie said, “It was never easy. The community people find it hard to believe that those who visit them are interested in their welfare. Many children are addicted to drugs. But with proper awareness, this can be changed,” she said.

The 14th Annual Status of Education Report, 2019, also found that most class I students in Kamrup district do not belong to the age mandated by the Right to Education Act, while many students in the state join schools late.