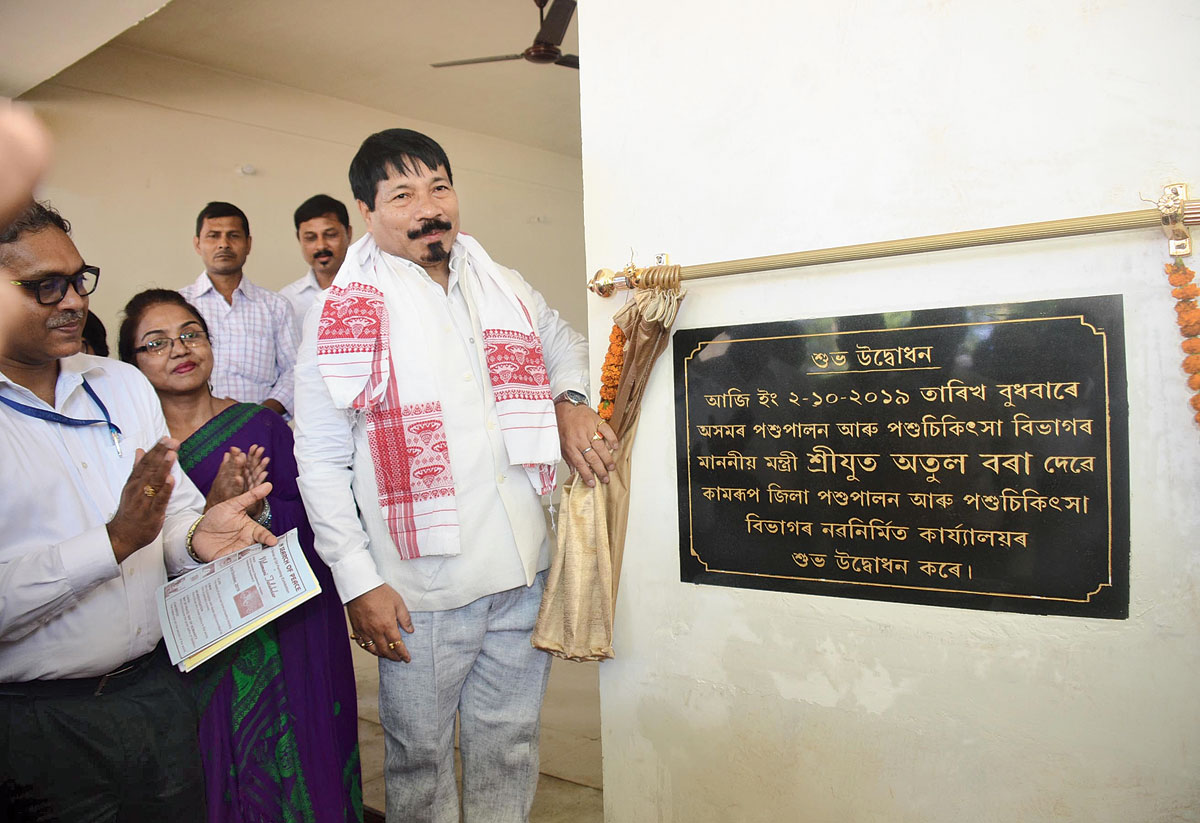 Residents of this town in Upper Assam’s Golaghat district, along with members of 30 indigenous organisations, including All Assam Students Union and Asom Jatiyatabadi Yuba Chatra Parishad, took part in a 10-hour sit-in on Saturday against the Citizenship (Amendment) Act, 2019 .

The protest is significant because Bokakhat is AGP president Atul Bora’s constituency. Several party leaders from the area have criticised the law and wanted it to be scrapped because it has not been accepted by the people of the state. The protesters said supporting the bill was Bora’s individual decision but did not elaborate. The lone AGP MP, Birendra Prasad Baishya, had voted in favour of the bill.

Several prominent citizens joined the protest though curfew continued in the district on Saturday.

Actor Arun Hazarika said he would protest against the act until his last breath. “The act will cause immense harm to the Assamese people and their language. So, we should protest against it. I perform in mobile theatre and if the language dies, how will I survive?” he asked.

AGP state organising secretary Dilip Saikia said he would protest against the act. “The decision to support the citizenship act was Atul Bora’s personal decision. No one who participated in the six-year-long Assam Agitation can support such an act which will ruin the nation.” he added.

Former Deputy Speaker and a founder member of the AGP, Bolobhadra Tamuly, along with two hundred Assam Agitation veterans, took part in the protest.

The senior citizens, along with several others, staged a sit-in in front of the PWD inspection building throughout the day.

The residents joined the “satyagraha” spontaneously and shouted slogans against the BJP-led governments at the Centre and in the state.