More than 8,500 students from 16 premier business schools across the country participated in the month-long competition held on a virtual platform 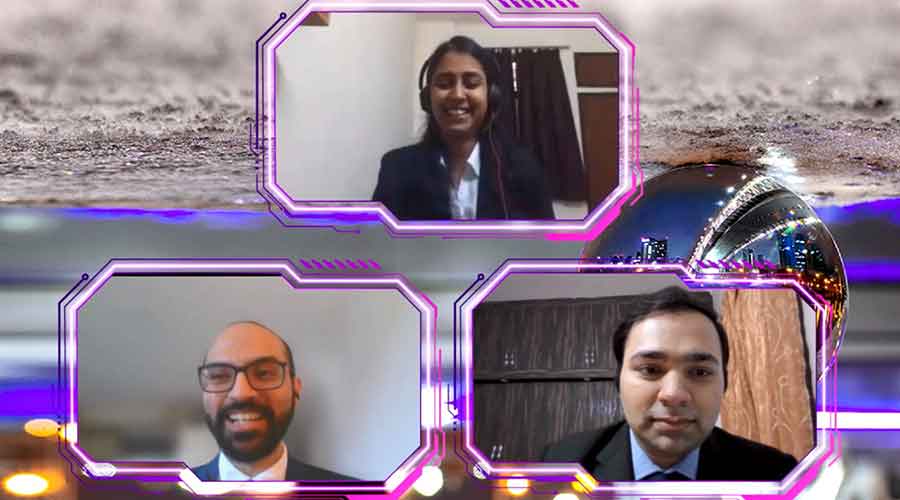 The fifth edition of the annual contest focused on the theme ‘Signals of Change: Discovering new opportunities in a disruptive world.’

Aimed at igniting discussions on key changes catalyzed by the pandemic sweeping across today’s business landscape, the participants explored trends that pave the way for reinvention and growth.

More than 8,500 students from 16 premier business schools across the country participated in the month-long competition held on a virtual platform.

The grand finale featured eight finalist teams who were mentored by experts from Accenture.

The first prize was awarded to the team from XLRI.

The top eight teams qualifying for the grand finale received a pre-placement interview opportunity with Accenture besides the winners who received other exciting prizes.

The virtual challenge was divided into four stages. The first round was a rapid-fire online quiz where over 2,800 teams (each team comprising three members) participated, followed by round two which identified 482 teams based on business simulation where students stepped into the role of a CEO to make their company profitable.

In the next round, the shortlisted 160 teams presented virtually to the Accenture leadership team and eventually top eight teams were chosen for the final round.

They underwent a storytelling workshop to prepare for the final presentations and an in-depth industry master class to gain deeper business insights.

The finalists were evaluated by a jury comprising industry leaders from various Indian businesses as well as senior leaders from Accenture.