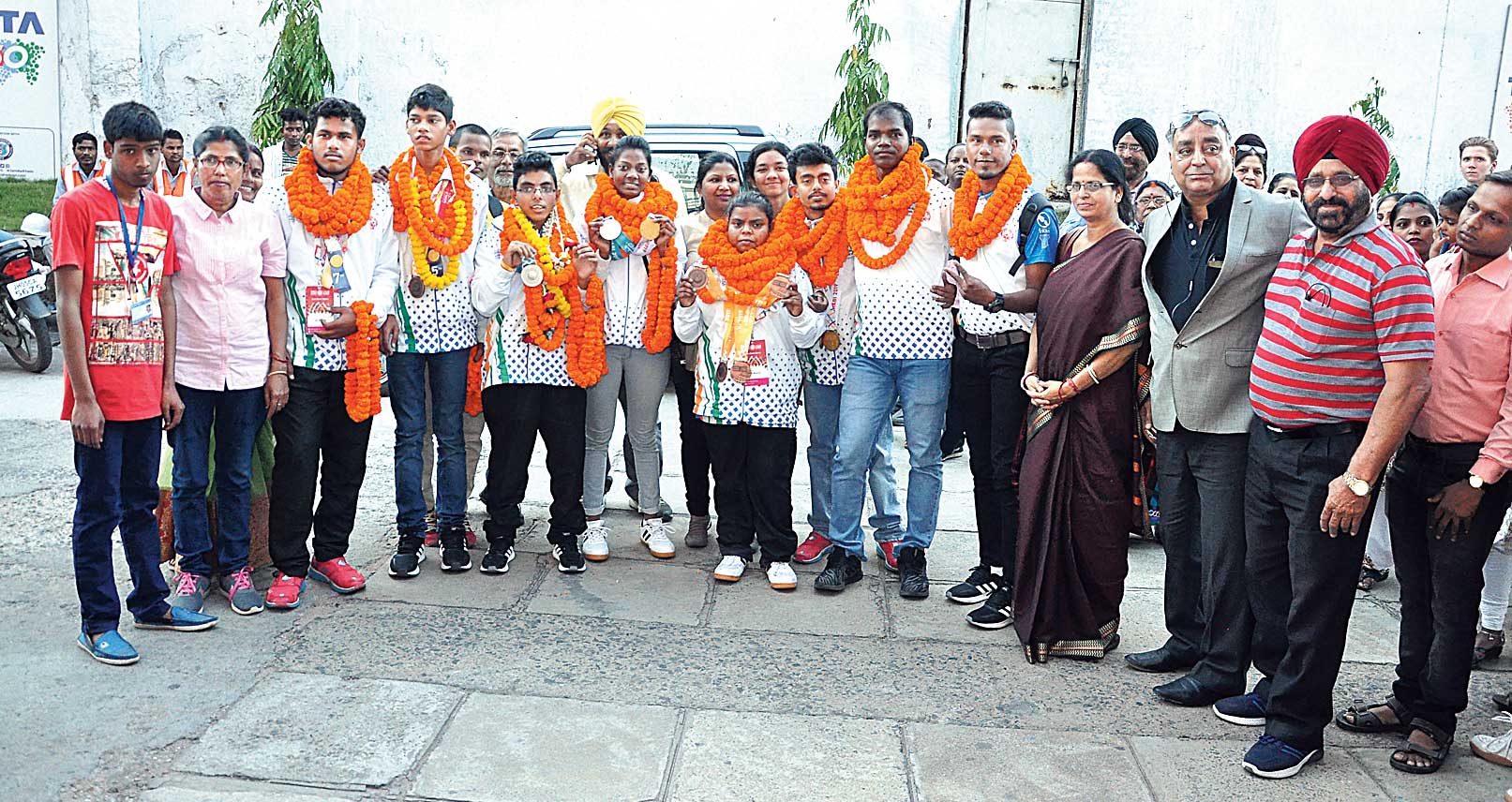 State disability commissioner Satish Chandra has written to the government to start three 100-seat permanent residential schools for the intellectually impaired in Ranchi, Jamshedpur and Dumka in the next fiscal.

“Last year, I came across a incident in a village located between Ranchi and Ramgarh where a special child had to be chained when his poor parents left for work. Initially, I was furious on his parents, but later realised that the fault was within the system. They did not have any place where they could leave their son and had to chain him,” Chandra said.

“Following the incident that left a deep impression in my mind, I requested the state government to set up three residential schools for such children. While there are several schools for the physically challenged, kids with intellectual disability have no such cradles,” he said.

Chandra added that the monthly stipend for persons with disabilities (PwD) under the Swami Vivekananda Nishakt Swalamban Protsahan Yojana would be raised from Rs 600 to Rs 1,000 from April.

The disability commissioner was speaking as the chief guest at the 84th regional meet of the National Institute for Empowerment of Persons with Multiple Disabilities (NIEPD) under the Union ministry of social justice and empowerment in association with Parivaar - National Confederation of Parents’ Organisation here on Saturday.

Jamshedpur-based Parents’ Association for the Mentally Handicapped (PAMHJ) is hosting the event at the DBMS College of Education in Kadma.

The two-day meet is being attended by Parivaar chief Shrirang Bijur from Pune, N.C. Srinivas, a coordinator from NIEPD, Secunderabad, and Bhanumathi Neelakantan, chairperson of DBMS Group. More than 200 delegates, including social workers and parents, from Bengal, Odisha and Bihar and the home state are attending the conference.

The primary theme of the event is ‘Social Inclusion and Living with Dignity.’ A number of other issues such as education and inclusion of persons with autism, lifelong care facilities for autistic children, care and rehabilitation, rights of persons with disability, seld advocacy, technological innovation in potential setting, early detection and provision and interve-ntion would also be discussed.

“The performance by athletes at the Special Olympics International World Summer Games in Dubai is praiseworthy. We just need to motivate the special children and they will create history,” said Parivaar chief Bijur.

Jharkhand players — coincidentally all from Jamshedpur — bagged 10 medals at the Special Olympics. Overall, India won 368 medals including 85 golds. Of the seven special players of Jharkhand, six are from Jamshedpur, one from Ranchi. Five from the steel city won the 10 medals.