Transportation managers in Ranchi, Chakradharpur to interact with trade and industry 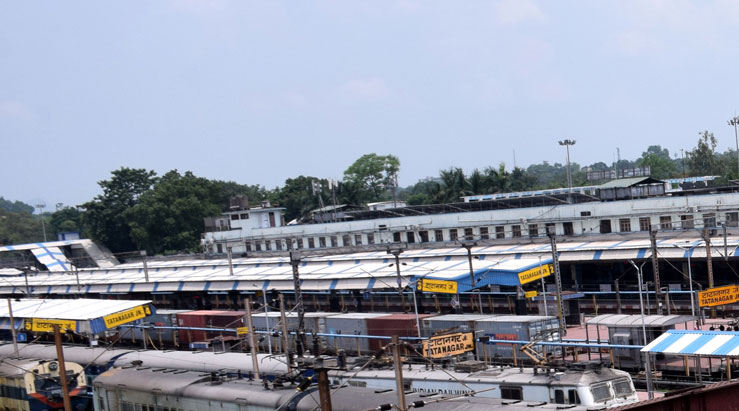 South Eastern Railway has decided to set up a multi-disciplinary business development unit (BDU) comprising senior officers from various departments at the zonal level in an attempt to expand the freight basket and double earnings by 2024.

Such units, each of which will be headed and co-ordinated by a chief freight transportation manager, will be set up at four SER divisions, two of which, Ranchi and Chakradharpur, are in Jharkhand.

Elaborating on the business development units, SER chief public relations officer Sanjay Ghosh said, "The main objective of BDUs will be to put forward lucrative offers to fetch business from the traders and industries by frequent interactions with them. Any proposal received from traders will be given top priority and analysed promptly.”

Ghosh said that BDUs will also be functional at the Railway Board level with a view to facilitate and give necessary clearances to the proposals received from the zonal railways.

Garden Reach, the SER headquarters in Calcutta, has issued a list of officials whom industries and traders of West Bengal, Jharkhand and Odisha may contact to discuss their needs. “Officials will have frequent interactions with trade and industry to scout for and attract traffic," said an official at SER's commercial department.

He said in a bid to create more awareness about freight, advertisements will be released frequently in local and national media to highlight the role of BDUs and SER’s endeavor to attract new streams of revenue from freight.

SER is witnessing an upward growth in freight earnings since June and the decision to set up BDUs is just the latest among a slew of steps taken by it to boost freight traffic at a time when earnings from passenger trains have nosedived.

“Given the fact that passenger trains have not been moving since late March and would not be moving until mid-August, there has been a concerted attempt by the railways to boost earnings from freight,” a senior railway official of Chakradharpur division said.

Freight comprises 65-70 per cent of the revenue of the railways, so a number of steps — like doubling speed, offering discounts, etc, are being taken to boost earnings from freight,” the official added.

Railway Board data suggests that after the nationwide lockdown imposed in March because of the Covid-19 pandemic, the overall revenue generation of Indian Railways from freight declined by more than a third to Rs 13,436 crore in April-May. Railways had also spent around Rs 900 crore to stop Covid-19 spread amid huge losses.