2,000 vehicles to be collected as additional vehicles will be kept on standby and used if deputed ones break down 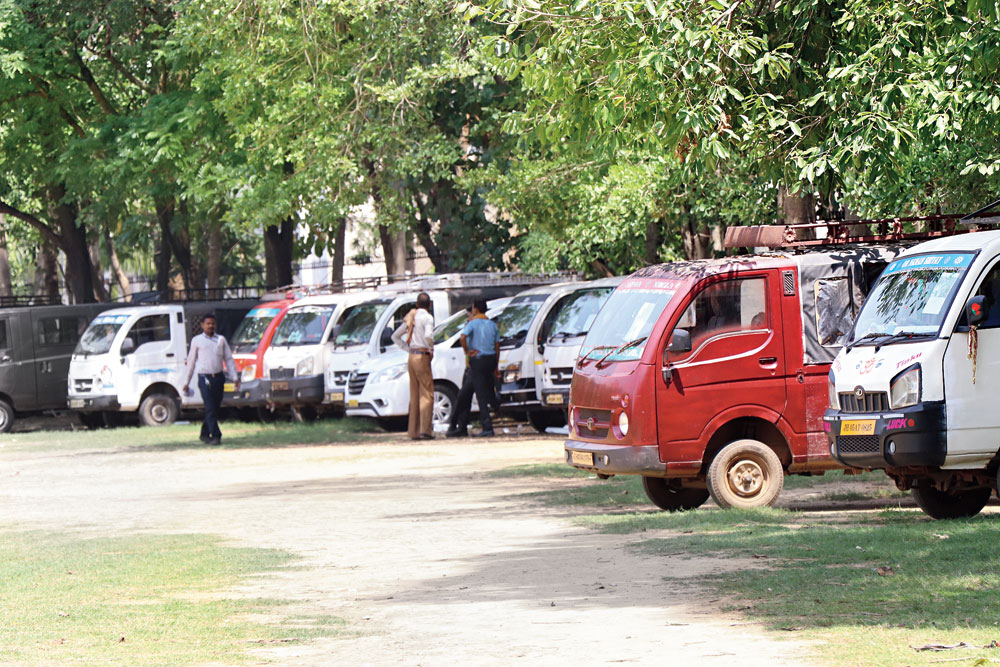 Collecting vehicles to use in the May 12 Jamshedpur Lok Sabha polls began on Tuesday from the steel city and adjoining areas.

Explaining why the number of vehicles had to be more than the number of booths, Ranjan said, “We have 1,850 polling booths but plan to collect 2,000 vehicles because additional vehicles would be kept on standby and used if deputed ones break down.”

On Tuesday, teams of district transport office, along with police personnel, started this job in the morning and between 6am and 2pm had collected over 150 vehicles that were parked on Jamshedpur Co-operative College grounds by a special cell set up for this purpose.

The DTO said 2,000 vehicles would be collected by Thursday night, as despatching polling materials and polling officials with EVMs and VVPATs would begin from Friday. Many polling booths are located in far-flung areas, say Ghatshila region, where polling vehicles have to be despatched two days before vote day.

A source at the transport office said they did not have to force mini-buses for poll duty. “Mini-bus owners are voluntarily surrendering their vehicles at the election vehicle cell. The per-day rate to be given to mini-buses by the administration is much higher than what they (mini-bus owners) earn. The administration has fixed Rs 2,250 to a mini-bus plus fuel costs per day, whereas owners hardly earn some Rs 1,000,” the source said.

“The Lok Sabha elections have come as a boon,” Devi Prasad Singh, a mini-bus owner, told this paper. “The rates that we are supposed to get are very satisfactory. About 120 mini-buses operate in the steel city. Most of us owners want to give our buses for election duty. True, commuters will have to suffer for a week or so.”

Another mini-bus owner said rates for poll duty were “certainly good”, but it remained to be seen when the administration paid up the money on time or whether there were any “glitches” along the way.