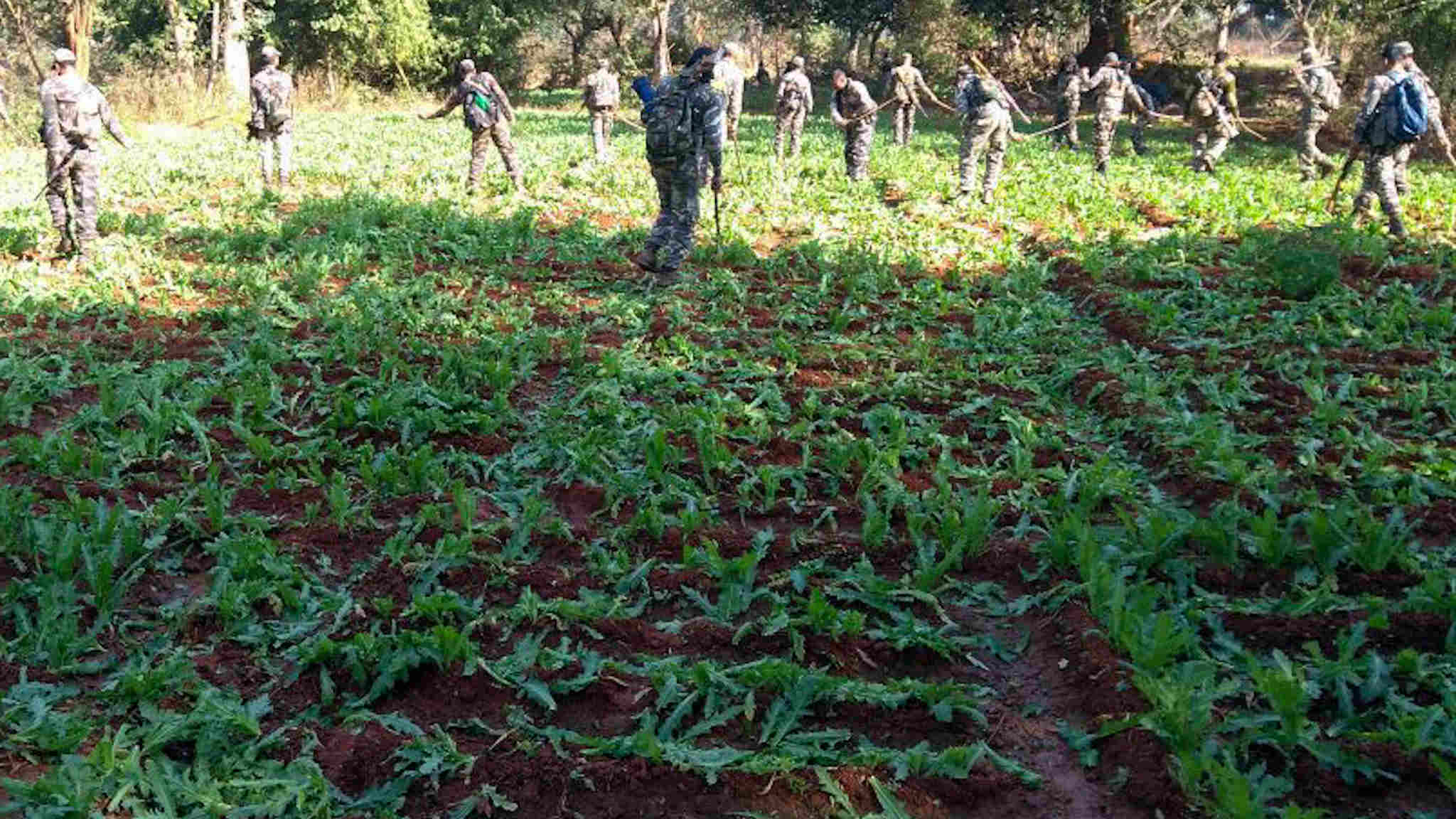 The Narcotics Control Bureau (NCB) and other agencies have seized opium and marijuana worth Rs 60 lakh from various parts of  Jharkhand in the past one month, leading to an investigation into the financial backing of an interstate drug trade that seems to be in operation in Left Wing Extremism (LWE) affected tribal districts of the state, highly placed sources said on Monday.

“The marijuana that we recovered was cultivated in Odisha and Chhattisgarh and seized in Jharkhand while it was being smuggled to northern states,” the official said, requesting anonymity.

The Zonal Director of NCB in Patna, Kumar Manish, refused to comment on the value of the drugs that were seized in Jharkhand, but he admitted that opium grown in LWE-affected clusters in the interiors of the state were being smuggled to Haryana, Punjab and other northern states.

“We have initiated a probe into the financial links of the interstate nexus. It cannot be denied that opium was cultivated illegally in LWE hotbeds of Jharkhand,” said Manish, adding that several members of the drug nexus were arrested from northern states as well as Jharkhand in the past year.

As per records with the NCB office in Ranchi, over 1000 acres of opium cultivation was destroyed in Jharkhand in 2019-2020. This figure, NCB officials said, was only 20 per cent of the total area of land on which opium is cultivated in Jharkhand.

Several LWE groups, including the CPI (Maoist) and the Peoples Liberation Front of India (PLFI), were active in Chatra and Khunti districts of Jharkhand, the hotbed of opium cultivation, officials said. “Illegal opium cultivation is being done in the interiors of Chatra and Khunti districts. The possibility of LWE group’s involvement in it cannot be denied,” said Manish.

The Pathalgadi movement, which advocated the idea of having liberated lans in the interiors, also had its epicenter in Khunti district. The former NDA government of the state, which faced the heat during the Pathalgadi movement in 2017, had alleged that the agitation was partly aimed at safeguarding opium cultivations in those areas.

In 2017, villagers in parts of Khunti district held Pathalgadi, a practice of demarcating the borders of a village and declaring it as liberated land through writings on stone plaques, and allegedly prohibited entry of the administration in their villages.

After coming to power in the end of 2019, chief minister Hemant Soren scrapped all sedition charges against Pathalgadi supporters as a gesture of goodwill.

According to the Union home ministry, at least 19 of 24 districts in Jharkhand are LWE-affected. Besides CPI (Maoist), at least 17 splinter outfits were active in various districts of the state.