No bail for Lalu as high court defers hearing 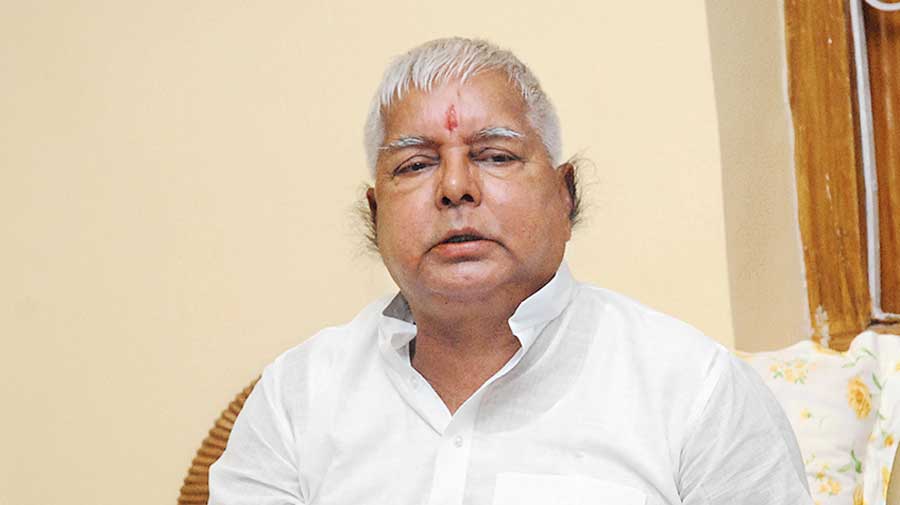 The bail plea of former Bihar chief minister Lalu Prasad Yadav has been to November 27, by the Jharkhand High Court, thereby, making it impossible for the RJD supremo to be out on bail before the Bihar Assembly Poll verdict.

Lalu has been in custody since January 2018 and has procured bail in four out of five cases in the Rs 970 crore fodder scam involving four different treasuries.

“In connection with the Dumka treasury case, we had appealed before the court for his bail 15 days but CBI didn’t submit the counter affidavit deliberately. Now, the court them to do so by November 23,” he said.

However, the spokesperson of Jharkhand BJP, Pratul Shahdeo denied the allegation. He said, “During the last hearing, Jharkhand High Court had asked the jail IG to submit a detailed report on people who met Lalu had met in the last two-three months by November 6. But to our knowledge, jail IG is yet to submit the report. Leveling accusations against CBI is completely baseless.”

The former chief minister’s conviction in the Dumka treasury scam involves illegal withdrawals of Rs 3.13 crore. He has been accused of facilitating other financial irregularities concerning Ranchi, Chaibasa, and Deoghar treasuries.

Lalu had been granted bail in all the other cases pending against him, barring the Dumka treasury case. On October 9, earlier this year, he got bail in connection with the Chaibasa treasury scam, which involved misappropriation of Rs 33.67 crore towards the purchase of fodder and medicines for cattle.

In the Dumka treasury, he was awarded imprisonment for 14 years by CBI court. In the Chaibasa case, he was convicted for five years, while in the Deoghar treasury case, he was sentenced to 3.5 years but had procured bail in 2013.

Lalu, who has in custody since January 2018, is currently undergoing treatment for various age-related ailments in Ranchi’s Rajendra Institute of Medical Sciences (RIMS) since then. In the wake of the Covid-19 pandemic, Lalu is presently stationed at the director’s bungalow of RIMS also known as Kelly’s Bungalow. He has undergone the Covid-19 test twice after his helpers and security guards tested positive. However, the 72-year-old politician has remained immune to the virus so far.

Ahead of the Bihar elections, many believed that RJD chief was calling the shots for ticket distribution. Many from the party, including RJD’s working president Tejaswi Yadav, had announced while addressing poll rallies that Lalu would be out on November 9. He had even stated that the day would mark the farewell of present Bihar chief minister Nitish Kumar. The HC verdict came as a setback for Lalu’s party.

An RJD leader in the state said, “Bihar is all set for a massive change. We are more than hopeful of a landslide victory. CM Nitish Kumar announcing this as his last election while campaigning on Thursday testified his desperation and nervousness. We were upbeat and sure that our party supremo would join us on November 10 for the verdict.”