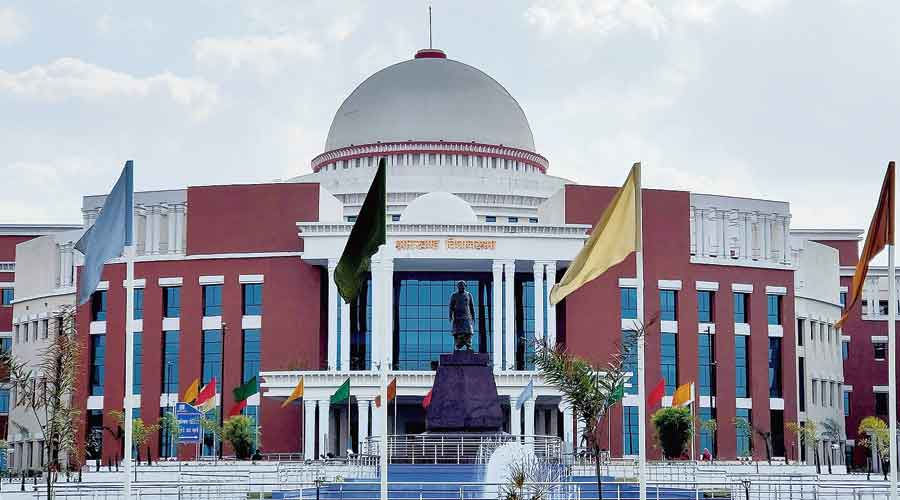 Officials in Ranchi maintained that they would not allow any disregard of safety norms during the Assembly session.
Telegraph Picture
Our Correspondent   |   Ranchi   |   Published 23.02.21, 09:13 PM

The Jharkhand Assembly secretariat issued an order on Tuesday for compulsory Covid-19 testing for all MLAs and officials three days prior to the beginning of the budget session of the House on February 26.

While the overall Covid-19 numbers have shown a downward trend for about two months now in the state, officials in the assembly secretariat said that they were following safety protocols to prevent any further spread of the virus, especialy now that five states are reporting a spike in cases.

Officials in Ranchi maintained that they would not allow any disregard of safety norms during the Assembly session.

“All the MLAs, cabinet ministers and officials required to attend the budget session are requested to get Covid-19 test done prior to 72 hours before the start of the house. In case, if anyone, is found positive, the MLA concerned may, as per the rules of the house, appoint another MLA on his behalf to raise questions,” the order issued by Vidhan Sabha secretary Mahendra Prasad read.

The order also advised anyone having Covid symptoms to voluntarily refrain from attending the House. Social distancing norms will be followed inside the Assembly.

Similar rules will also apply to journalists covering the session. The Assembly premises, however, will remain out of bounds for the public whihc means the no one can watch the proceedings from the visitors’ gallery.

Assembly staffs is busy putting in place mandatory arrangements in accordance with safety norms for the session. An official said, “There will be provisions for thermal scanning and sanitizer machines will be installed at all entry points. Over the next two days, the entire assembly premises will undergo proper cleaning and fogging.”

Starting from February 26, the House will function till March 16. The state budget will be tabled on March 3. Notably, similar protocols were in place during the monsoon session held in September last year when covid-19 was at its peak in Jharkhand.