Saryu Roy vows to be watchdog

'I will not be a part of the new government, but I will keep a close watch on the governance' 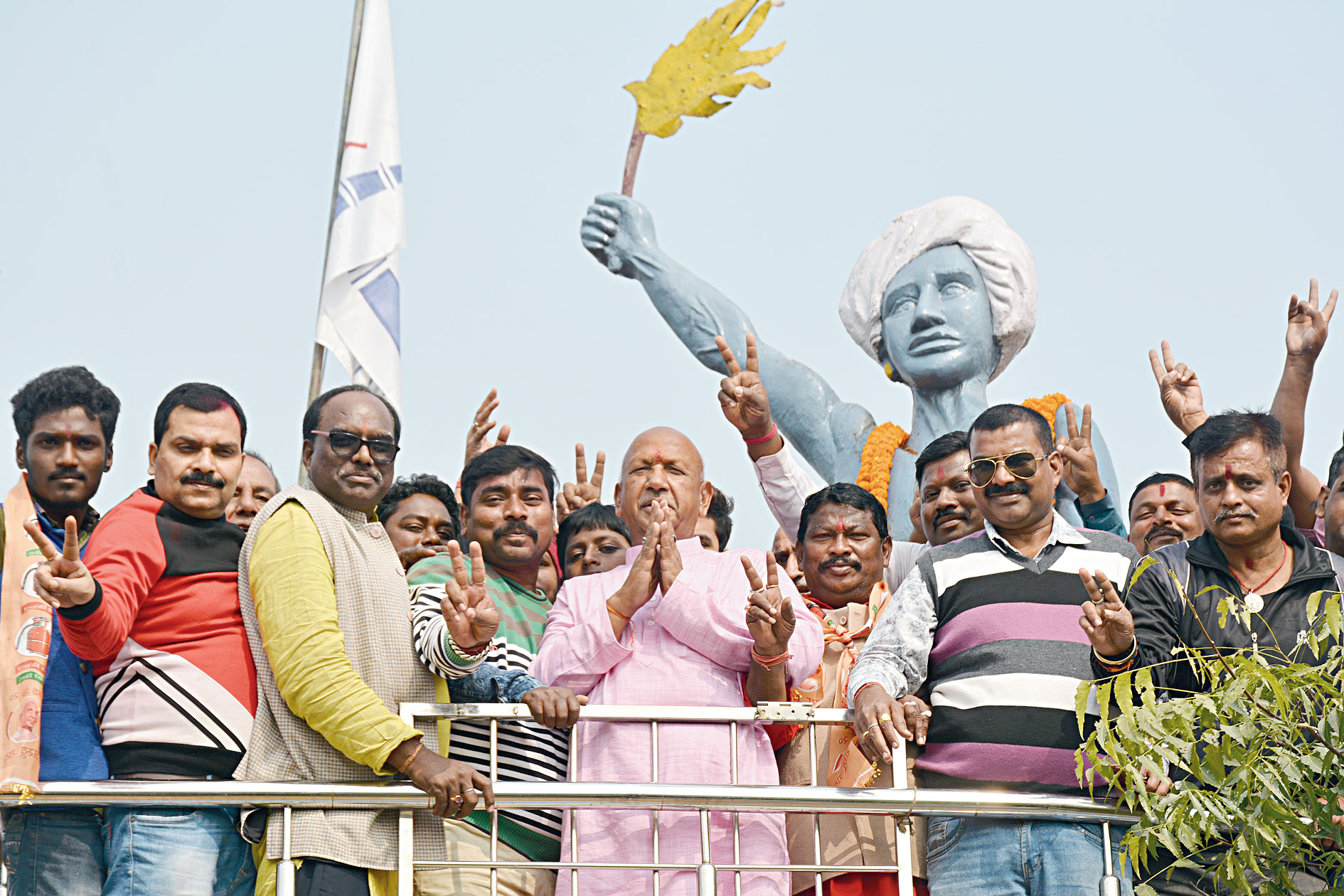 Saryu Roy’s feat of defeating Raghubar Das in the outgoing chief minister’s home borough of Jamshedpur East has turned the rebel BJP leader into someone people beyond his immediate constituency are looking up at to solve their problems.

“Roy is known for his effective approach for solving a problem and does not just pay lip service like most politicians do. This is why I maintain that Roy's victory from Jamshedpur East constituency is a boon for the common people of not only the constituency he represents, but also for the people living in other parts of the state,” said Rabindra Kumar, a Sitaramdera-based transport business owner.

“I had a strong belief that Roy will definitely win against Raghubar,” said Ajit Singh, an Adityapur-based small-business owner. “And his victory will not only teach a lesson to an arrogant person like Raghubar Das, but it will also ensure that the new government will run strongly and effectively.”

Singh pointed out that despite being a minister in the Raghubar Das-led government, Roy had raised his voice against corruption and paid heed to every complaint — against administrative officers, police or even BJP functionaries — lodged by the aggrieved people from his erstwhile constituency, Jamshedpur West.

The newly minted Jamshedpur MLA admitted that the trust voters have shown in him has increased his responsibility.

“I will not be a part of the new government, but I will keep a close watch on the governance,” Roy told The Telegraph on Tuesday. “I will definitely support the government in the good steps it takes, but oppose it if I find any anomaly in governance like I would do in the previous government.”

He said he was aware that more people would turn up to him with problems now, and promised to do everything to meet their aspirations.

He also ownership rights of slum was the most crucial issue for him. He said he would take steps for getting the land on which slums have come up in his constituency regularised like the central government has done for over 1,700 slums in New Delhi.