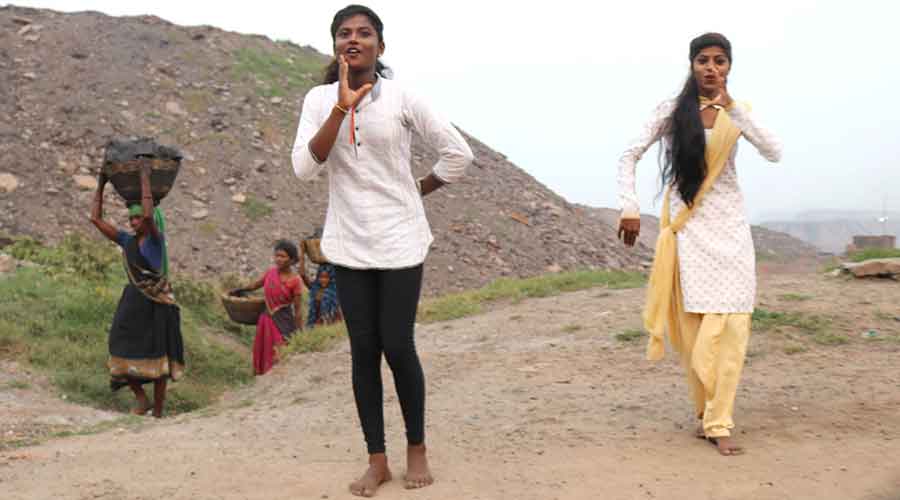 Jharia based private tutor Pinaki Roy, engaged in providing free education to more than 200 coal picker children, has recently constituted a professional dance troupe called Nrirtyanna with 20 of his students.

The 49-year-old tutor has arranged for their training and other gadgets like music system to help them become self dependent with the income earned through dance performances.

The troupe is led by 19-year-old Suman Kumari, daughter of a private security guard of Kendua and a beneficiary of Pinaki Roy’s education programme.

She has started uploading their dance videos on Youtube and other social media platforms to garner followers.

“I learnt dancing, watching television etc and have not received any formal training but the encouragement given by Pinaki Roy sir propelled us to train others of my locality,” said Kumari, a student of History honours at SSLNT women’s college.

“All our dances are based on inspirational songs, classical or dances based on patriotic songs etc,”she said.

Talking to The Telegraph Online, Roy, an alumnus of Vishva Bharati University, said,“During the teachers day programme last year, Suman hesitatingly sought my permission to stage a dance which I readily gave and got stunned with their astounding performance.”

“The idea of developing a professional dance troupe of these children suddenly clicked in my mind for which some honing of their skill and gadgets were required,” said Roy and added he arranged a music system and dresses for dance performances for these children through his contacts.

Notably, Roy who acts as a guide and translator for foreign visitors to Jharia also sought their help to fund for the dance troupe.

“Gradually a troupe of around 20 children was formed all of whom carry out regular practice at their respective places from 11am to 1pm from Monday to Friday while on Saturday –Sunday training by Suman Kumari is conducted at my place,” said Roy and added that they are seeking sponsors for troupe which has been constituted with the aim of breaking the traditional stereotypes in the society besides making these children self dependent.

“While carrying out the dance practice, these children also have to continue regular work of coal picking to support their family income as all of them belong to an extremely backward section of the society,” said Roy.

“I will also try to seek the support of my alma mater Vishva Bharati University for their dance training,” said Roy.