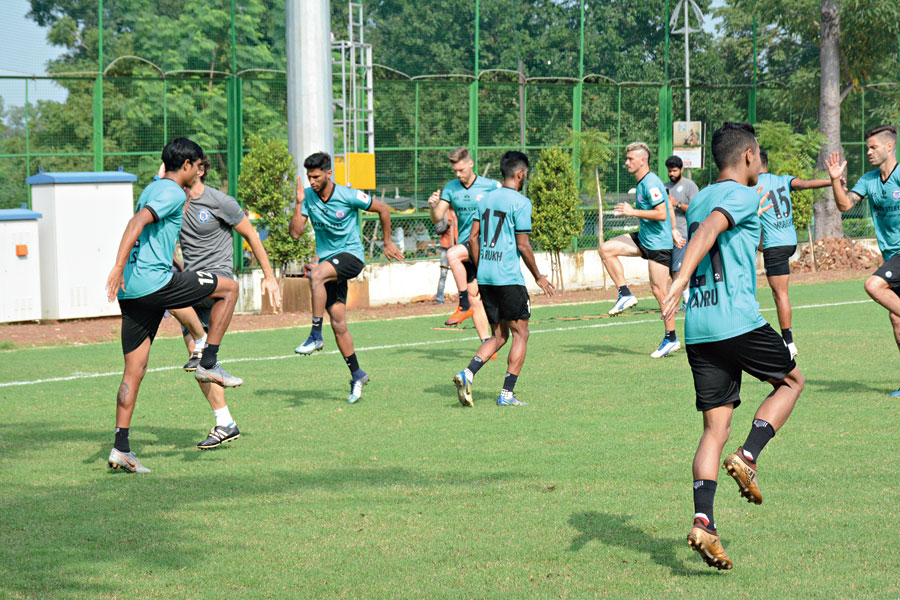 Football fans of the steel city are likely to miss the Spanish players during the 2020-21 Indian Super League (ISL) tournament scheduled in October.

The outbreak of the coronavirus pandemic in Spain has forced Jamshedpur FC (JFC) to keep fingers crossed as far as recruiting Spanish players in the squad for the tournament is concerned.

The JFC management is currently busy in team formation, but is worried about the Spanish footballers, the key components in the Tata Steel-owned franchise.

There were six Spanish players in the JFC side last season, besides a Brazilian.

Barring midfielder Aitor Monroy, the contracts of five other Spaniards, including skipper Tiri, have expired.

JFC chief executive Mukul Choudhari said they had no option but to keep their fingers crossed.

“We are currently engaged in team formation and are in touch with Spanish recruits on phone. But it is very difficult to predict anything at this point as one doesn’t know how much time the impact of coronavirus will last in Spain,” he added.

Choudhari said they would have to look elsewhere in the absence of Spanish players.

“The world market is open,” he said, adding that core of the JFC side (read Indian players) was in place.

The JFC CEO expressed optimism on the ISL schedule.

“I am hopeful that the tournament would start in October. as per schedule. The impact of coronavirus should be over by then. There should also not be any problem if the ISL is re-scheduled in December or in January next year,” Choudhari added.

According to ISL guidelines, a franchise has to include six foreigners, including one from an Asian country.

“Nothing is finalised as yet. It could be six foreigners, including one Asian player or six from abroad and a recruit from an Asian nation. We are waiting for a final word from ISL,” Chaudhari said.

Sources in the JFC team management said the franchise was also worried about the presence of technical director Julian Villar Aragon who was currently in Spain.

The presence of head coach is also needed as far as taking a final call on team formation is concerned.

Spaniard Antonio Iriondo was the head coach in the last season, but it is not sure whether he would be retained.

JFC cut a sorry figure in last season’s ISL by failing to make it to the play-offs.