Advertisement
Home / India / Won't bow down before Delhi: Pawar on money laundering case against him

Won't bow down before Delhi: Pawar on money laundering case against him 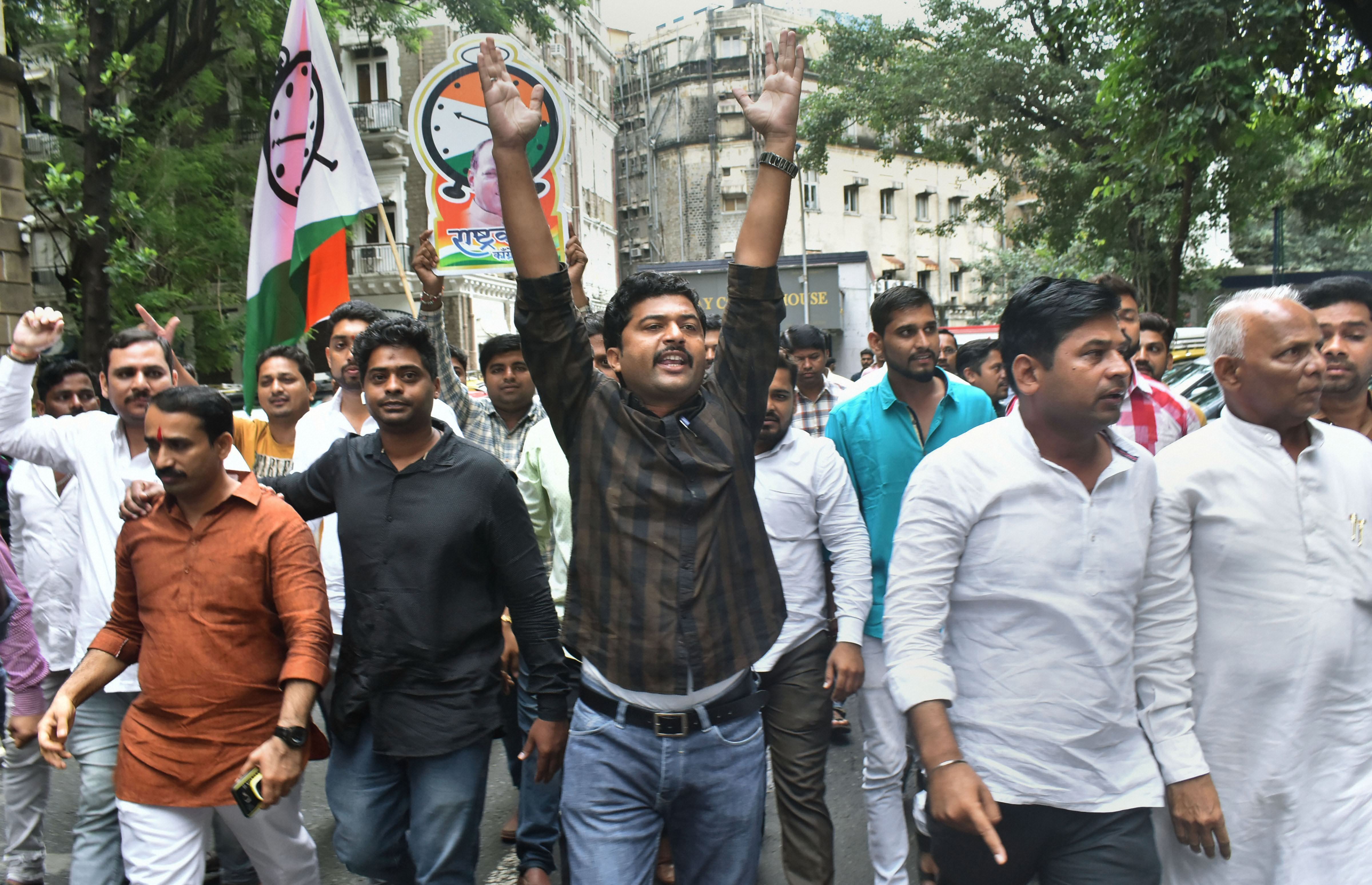 Youth wing of the Nationalist Congress Party (NCP) stage a protest to condemn the registration of a money laundering case against party chief Sharad Pawar and others in connection with the MSCB Bank scam, in Mumbai, Wednesday, September 25, 2019.
PTI
PTI   |   Mumbai   |   Published 25.09.19, 10:38 AM

NCP chief Sharad Pawar on Tuesday said he will visit the Enforcement Directorate office on September 27 in connection with a money laundering case filed against him by the agency.

Addressing the media in Mumbai, Pawar also questioned the timing of the ED move, which comes days before the October 21 Maharashtra Assembly elections.

Pawar said he will visit the ED office at 2 pm on September 27 to submit 'whatever information' the agency is seeking in connection with the Maharashtra State Co-operative Bank scam.

'I will be mostly out of Mumbai for Assembly polls campaigning. The agency officials shouldn't misunderstand that I am unavailable. I will go to them and give them whatever information they want,' Pawar said.

Pawar said he believes in the Constitution of India.

'Maharashtra follows the ideology of Chhatrapati Shivaji Maharaj. We don't know bowing down before the Delhi takht (throne),' Pawar said.

The ED filed the money laundering case against Pawar, his nephew Ajit Pawar and 70 others in the bank scam on directions of the Bombay High Court.

'It would be wrong to attribute a political motive for the ED action and call it a political vendetta (by the BJP government),' Fadnavis told reporters.

Earlier in the day, workers of NCP's youth wing staged a protest outside the ED office in the city to condemn the registration of the money laundering case.

The protestors, led by NCP youth wing's state unit chief Mehboob Shaikh, gathered outside the ED office and shouted slogans against the ruling BJP and the government.