Over 160 personnel have been deployed for the celebration 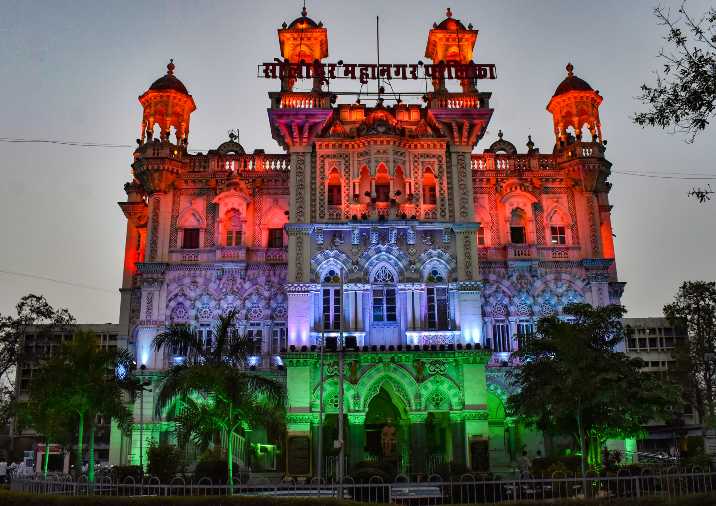 With 59 cameras, including one fixed on the dome of the Rashtrapati Bhavan, public broadcaster Doordarshan is all set to beam live every bit of action of the Republic Day parade which features a fly-past by 75 aircraft of the Indian Air Force (IAF) over the iconic Rajpath.

In a statement, the Information and Broadcasting Ministry on Monday said the public broadcaster has placed cameras at strategic locations such as national stadium dome, the National War Memorial and various other places between India Gate and the Rashtrapati Bhavan for the live coverage of the Republic Day celebrations.

To give people a bird's eye view of the entire celebrations, two 360-degree cameras have been installed, one at Rajpath and the other on the top of the India Gate, it said.

Visuals from both 360-degree cameras will be continuously live-streamed through two separate streams on DD National YouTube channel, it said.

Republic Day live coverage will be broadcast on all channels of Doordarshan across the country, starting from 9:15 AM on January 26 till the end of events at Rajpath. Live coverage will also be available on DD National, DD News YouTube channels and on NewsOnAir app and website.

"As India celebrates 'Azadi Ka Amrit Mahotsav' marking 75 years of India's Independence, Doordarshan's coverage of Republic Day this year is not just mega in scale but also unique in features as special arrangements have been made in association with the IAF to showcase new elements of fly-past along with live coverage of different formations of large fleet of planes which are 75 in number," the ministry said.

It said while over 160 personnel have been deployed for the coverage of the Republic Day celebrations this year, Doordarshan has placed 59 cameras all along Rajpath.

Security personnel check an area at Vijay Chowk ahead of Republic Day, in New Delhi.

As many as 33 cameras have been installed at Rajpath, 16 cameras at National War Memorial, India Gate, National Stadium and 10 cameras at the Rashtrapati Bhavan, it added.

While one camera has been installed on a 120-foot hydraulic crane in between National War Memorial and India Gate to provide breath-taking shots of the decorated Rajpath, special remotely controlled PTZ cameras have been installed in Presidential Enclosure and on Rajpath.

"In what makes it an integrated coverage, all major spots have been connected through dark fibre optical connectivity, satellite connectivity and backpack connectivity," the ministry said.

To ensure "impactful coverage" from the ground, the ministry said, Doordarshan has built a makeshift production control room at Rajpath.

"The high definition visuals will be made more engaging through animated graphics and renowned commentators, who will be elaborating upon every detail as the event unfolds," it said.

Preparations began as early as November 2021 to ensure 360-degree "impeccable coverage" of all aspects of every event on Republic Day, the ministry added.