BJP govt has restored peace in Tripura and brought all-around development for all sections of the people, says home minister on Statehood Day 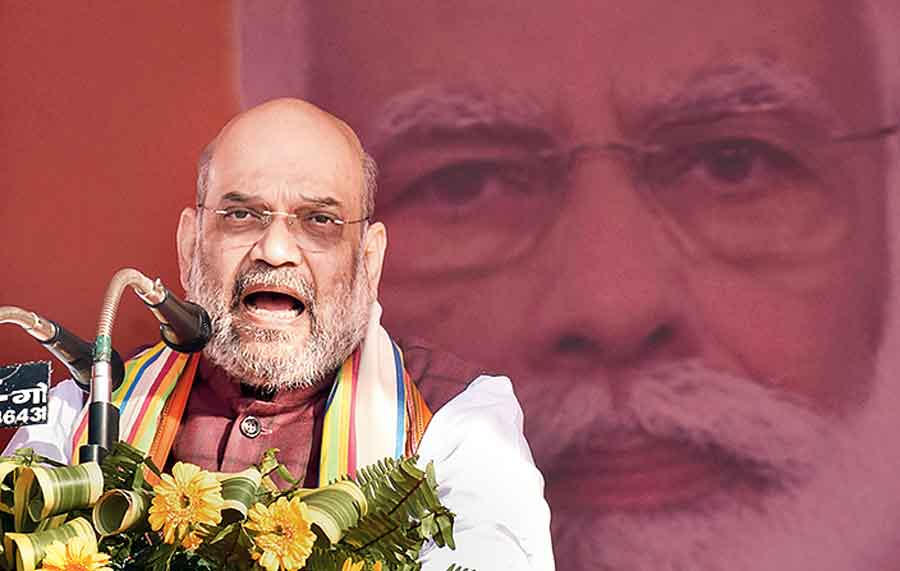 In a blatant attack towards the Communists, Union Home Minister Amit Shah on Friday said violence perpetrated against its political rivals is the hallmark of Left rule.

Addressing a function through video conference on the occasion of Tripura Statehood Day, he said the BJP government, which came to power in 2018 in the state, has restored peace and brought all-around development for all sections of the people.

"Violence against political rivals is the hallmark of Communists. Many BJP workers were killed, many houses were destroyed and many of our workers could not go home for years during the communist rule in Tripura," he said.

The home minister said it was due to the sacrifice and dedication of scores of party workers that the BJP could come to power in Tripura after overthrowing the Left front government.

The Biplab Kumar Deb-led BJP government came to power in 2018.

The BJP has on many occasions in the past claimed that many of its workers were killed or maimed in Kerala, also ruled by a Left government.

Praising the state government, Shah said the law and order situation in Tripura has improved significantly, connectivity has been improved tremendously while farmers income has become double.

He lauded the strong steps taken by the Deb government to eradicate the drug menace and said that the tribal community is the biggest beneficiary of the curbs on narcotics.

He said over 100 companies have come to Tripura in the last four years with an investment of Rs 2,000 crore, thanks to the numerous steps taken by the BJP government.

Shah said Prime Minister Narendra Modi, since the beginning, has tried to reduce the distance between the Northeast and Delhi and ensured that at least one Union minister visits the region every fortnight in last seven years.

He said the Northeast used to be known as the den of corruption and very little development was witnessed over the years.

Ever since the Modi government came to power in 2014, all funds sent to the Northeast is being utilised and all round development is witnessed everywhere in the region, he said.